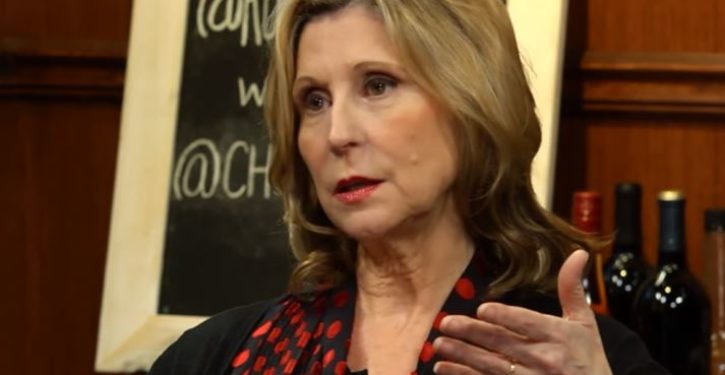 Law students in Oregon are demanding that a speech by feminist scholar Christina Hoff Sommers be canceled on the grounds that she is a “known fascist.”

Nine campus groups at the Lewis & Clark Law School in Portland, Ore., demanded that the school’s Federalist Society rescind its invitation to the American Enterprise Institute scholar on the basis that she delegitimizes female suffering and “embolden[s] male-supremacist groups.”

“Sommers has called the epidemic of sexual assault on campuses and the gender wage gap ‘myths,’ refuses to recognize genderqueer and gender non-conforming persons, and denies the existence of male supremacy,” the groups wrote. “Freedom of speech is certainly an important tenet to a free, healthy society, but that freedom stops when it has a negative and violent impact on other individuals.”

“There is no debate here,” emphasized the students from identity-based campus organizations like the Black Law Student Association and Latino Law Society, as well as the Lewis & Clark Young Democratic Socialists of America.

Oh dear. I’m speaking at Lewis & Clark Law School tomorrow at noon. Several student groups are planning to protest the presence of a “known fascist” on campus. Demanding my invitation be rescinded. Wish me luck. pic.twitter.com/0IhVPrWIul

The students plan on distributing signs during Sommers’ speech and hosting a “debriefing” following it.

“These students believe they inhabit a fascistic patriarchal rape culture,” Sommers told The Daily Caller News Foundation. “In my Factual Feminist series, I have questioned the wisdom of such beliefs. Skeptics are rarely popular with true believers. Their impulse is to banish me for heresy rather than engage with my arguments.”

“Law school is supposed to train students to reason and argue,” the scholar explained to TheDCNF. “These students seem to be more adept at name-calling and melodrama. I’m hoping they are not representative of the school.”

ALERTA! Christina Sommers, who is basically an MRA and rape apologist/denialist has 3 speaking engagements planned for this week in Portland. One will be hosted by Turning Points USA and the PSU College Republicans, and PSU's Boghossian is also on the panel. pic.twitter.com/oV9aMjt7t5

Sommers’ speeches have struck a chord with campus social justice activists in the past. A 2016 speech featuring the scholar, comedian Steven Crowder, and commentator Milo Yiannopoulos resulted in the birth of the Internet meme “Trigglypuff.” 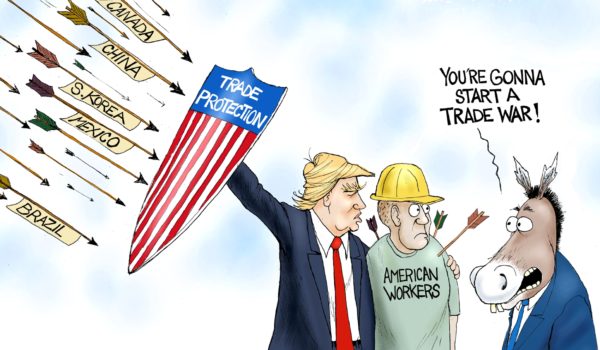 Cartoon of the Day: Self defense
Next Post
Chelsea Clinton presents herself as #MeToo advocate, but isn’t she forgetting something?