An article by the Associated Press that has been picked up by ABC News and numerous other outlets carries the latest counter punch in the feud between Delta Airlines and supporters of the National Rifle Association.

The conflict started on Feb. 24, when Delta announced its plan to end discounted fares to law-abiding NRA members. GOP lawmakers in Georgia, which is home to Delta’s hub, reacted to the boycott by killing a tax break on jet fuel that would have benefited Delta.

To an objective and fair-minded observer, this is an open-and-shut case of push and push-back. Swept up in the emotionally charged national debate over gun control following a school shooting that the NRA had nothing whatsoever to do with, Delta chose to join other virtue-signaling corporations in meting out punishment to that organization. Sympathizers with the Second Amendment group retaliated.

But to the AP, the Georgia Senate had acted in a “nakedly political” manner. Tom Stringer, a consultant for the business-advisory firm BDO, is quoted saying:

It sounds as though Stringer is warning both benches, but that’s not the implication in the AP headline, which reads “‘Naked politics’ of punishing Delta could haunt Georgia.”

The authors also interviewed Delta CEO Ed Bastian, who said that his company was “not taking sides” and that its “values are not for sale.” Delta’s punitive actions put the lie to that claim, but the AP appears not to have noticed.

In fact, the overarching implication in the article is that the Republican-led Georgia Senate may have shot itself in the foot by retaliating against Delta:

Delta recently signed a 20-year lease to keep its hub at Hartsfield-Jackson International Airport in Atlanta, and business consultants said other Atlanta-based firms, such as Coca-Cola and UPS, will likely stay put too. But GOP lawmakers’ willingness to use public money to try to intimidate corporations could damage Georgia’s ability to attract new industry — including Amazon, which recently named metro Atlanta a finalist for its coveted second headquarters.

“I think it’s fair to say that this situation would not be helpful to the state of Georgia in potentially securing the Amazon site,” said Jerry Funaro, Chicago-based vice president for global marketing at TRC Global Mobility, a relocation management company. “They could certainly say that this would be a reason to look elsewhere.”

Amazon didn’t need to respond. The AP authors have already made up their mind on who’s to blame and who’s blameless in this pitched battle. 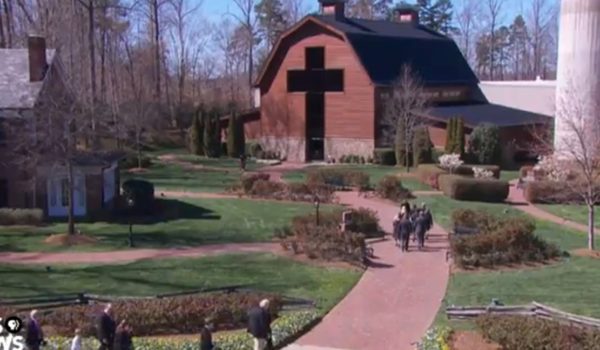