President Trump called in to this past weekend’s episode of “Justice with Jeanine Pirro,” and while they talked about the shooting  in Parkland, Fla., the most interesting part of their discussion was about DACA.

He’s probably right. He’s given the Democrats every opportunity to amnesty the DACA DREAMers, yet they’ve done nothing. He even offered them more than they were asking, and still nothing. Remember, the Democrats were trying to amnesty only 800,000 DREAMers, but the president offered to amnesty all 1.8 million illegals who were DACA- eligible.

Here’s more on this from the president:

And really, it’s just bad for the country. … So hopefully that can get done and hopefully we can get DACA done. I would like to do that for the Hispanics out there. You know I did very well with the Hispanics — much better than anyone would have thought. I’m the one that’s pushing DACA and the Democrats are nowhere to be found.

President @realDonaldTrump on DACA: “I’m the one that’s pushing DACA and the Democrats are nowhere to be found.” pic.twitter.com/MpPSrzFDCS

The Trump administration was also crowing about a recent Harris Poll that showed the vast majority of Americans side with President Trump on immigration issues. Here are the key bullet points:

A majority (53%) of voters think Democrats in Congress are not out “to find a legislative solution for DACA recipients” and are instead “holding it out as an issue for the midterm elections.” This includes 61 percent of Independents, as well as nearly 1 in 5 Democratic voters who think Democratic lawmakers do not want “to find a solution for DACA,” but instead want to use them as an issue in the midterm elections.

84% of voters “think immigration priority for those coming to the United States should be based on a person’s ability to contribute to America as measured by their education and skills” — not “based on a person having relatives in the U.S.” This includes 83% of Hispanics, 88% of Independents, and 77% of Clinton voters.

70% of voters oppose the visa “lottery that randomly picks 50,000 people to enter the U.S. each year for great diversity.” This includes 58% of Hispanics, 56% of African Americans, 61% of Clinton voters, and 59% of Democrats.

79% of voters think we need secure borders — not open borders. This includes 72% of Hispanic voters, 71% of African American voters, 80% of Independent voters, and 71% of Clinton voters.

62% of voters believe current border security is inadequate. This includes 55% of Hispanics and 64% of Independents.

On immigration the President is still winning. And if these numbers hold up, he’ll keep on winning in 2018. 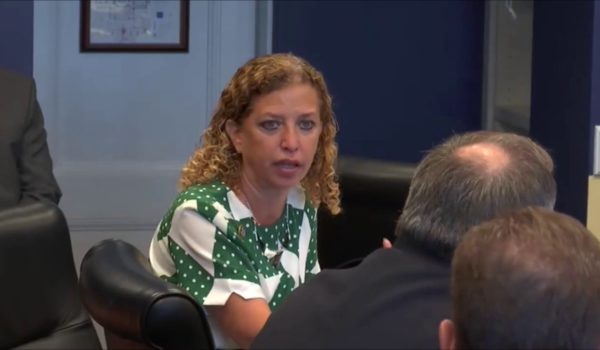