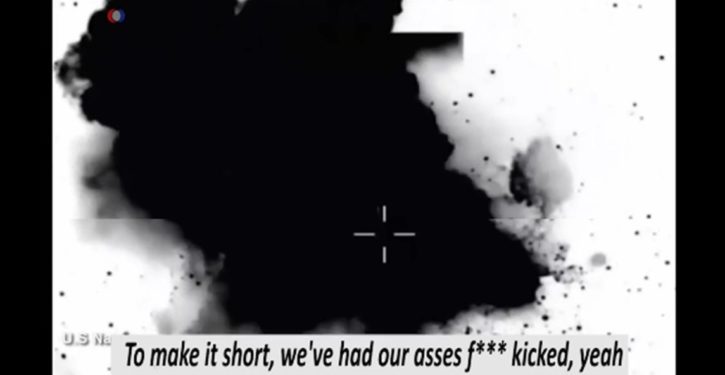 The Pickrell article below refers to the strike by U.S. forces near Deir ez-Zor in eastern Syria on 7 February.  Syrian regime units had crossed the Euphrates and occupied a position on the Coalition (SDF/Kurdish) side of the deconfliction zone.  Over the last week, information has been filtering out about the large presence of Russian-sponsored mercenaries with the Syrian regime force.  Readers will recall that this whole event – of an unprecedented kind in the Syrian war to date – took place three days before the Iranians in central Syria sent the drone to penetrate Israeli air space, on 10 February.

Now Ryan Pickrell of the Daily Caller News Foundation reports recordings from Russian fighters describing their very unpleasant experience.  This comes at the same time we have gotten confirmation that the Russians have deployed the Su-57 strike-fighter, still in prototype evaluation, to Syria.  Two of the fifth-generation aircraft were recorded arriving at Khmeimim Air Base in northwest Syria on 21 February, and imaged at the air base two days later.

It would be distinctly un-Russian-like to send the not-yet-operationally-fielded Su-57 out to make a fool of itself.  Anything else that can be said about the deployment is obvious to the point of banality.  However, I’ll note once again that there’s more shooting at certain targets going on than we should be comfortable with, given the formal definition of our mission in Syria.  It does no good to rant; this just isn’t how I would be running the show. – J.E.

The Russian government has downplayed the recent strikes on Russian mercenaries in Syria. However, recordings from fighters on the ground reveal just how hard U.S. forces hit them.

“One squadron f**king lost 200 people … right away, another one lost 10 people … and I don’t know about the third squadron but it got torn up pretty badly, too … So three squadrons took a beating,” a man believed to be a Russian contract soldier said in the first of three audio recordings obtained from a source close to the Kremlin by Polygraph.info, a fact-checking website affiliated with Voice of America.

“They beat our asses like we were little pieces of sh**,” the man said, Newsweek introduced.

A U.S.-led strike following a raid on a Syrian Democratic Forces (SDF) base where U.S. troops were stationed is believed to have killed hundreds of Russian military contractors fighting alongside pro-Syrian irregular forces. The U.S. forces hammered the attackers with heavy artillery and air strikes. (RELATED: The US Military Is Now Fighting Russian Mercenaries In Syria)

The recordings reveal that the mercenaries, outgunned and lacking essential armor support, never stood a chance.

“They were all shelling the holy f**k out of it and our guys didn’t have anything besides the assault rifles … nothing at all, I’m not even talking about shoulder-fired SAMs or anything like that… they tore us to pieces, put us through hell,” the man in the recording revealed, calling the incident a “total f**kup, another humiliation.”

“We got our f**king asses beat rough. The Yankees made their point,” he said. “What were they hoping for, that the Yankees are just going to f**k off? … It’s bullsh**. Some people can’t even be f**king ID’ed.”

“Nobody gives a f**k about us,” a man in the recording explained.

The Russian government has disputed claims that the U.S. killed several hundred Russian citizens in Syria, arguing that worst case scenario, the U.S. military killed five people. “According to preliminary information, we could be talking about the deaths of five people — presumably Russian citizens — as a result of an armed confrontation whose causes are being examined,” Maria Zakharova, a spokeswoman for the Russian Foreign Ministry, recently told reporters.

The recordings from the Russian fighters staring down the barrel in Syria painted a different picture. 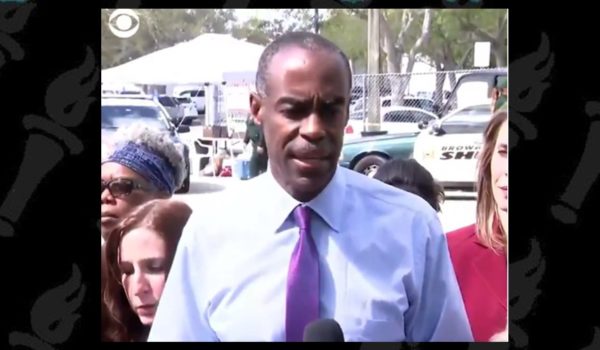 Starting this week, Broward County school resource officers to be armed with semi-auto weapons
Next Post
Fla. shooting survivor defends cowardly cop: ‘Who wants to look down the barrel of an AR-15?’