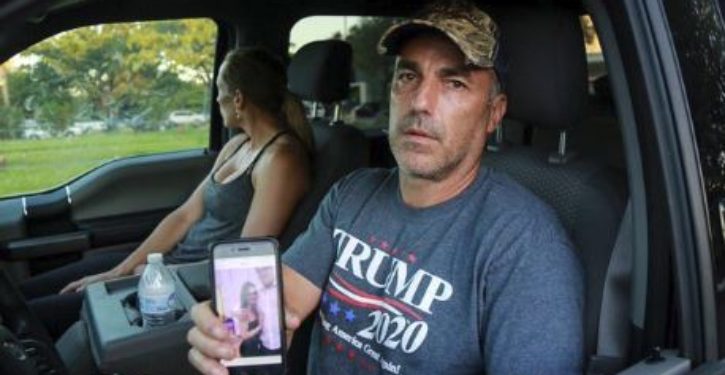 On Thursday, Twitchy reported that one of the still-in shock and grieving parents of the senseless Parkland high school shooting was a man named named Andrew Pollack, who lost his daughter in Wednesday’s massacre.

At a time like this, one would expect all Americans to join together and grieve as a nation over a tragic loss of young lives. In the past, that is precisely what we have done. But not anymore.

Instead, Andrew Pollack has been the target of hatred from the “tolerant” Left because of the t-shirt he was wearing in a photograph taken Wednesday, before he knew his daughter’s fate.

The shirt is emblazoned with the message “Trump 2020.”

Here is Andrew Pollack yesterday showing a photo of his daughter Meadow. At that time he was searching for her. Today he said “she’s gone.” #stonemanshooting pic.twitter.com/MJcuCNttt8

Here’s just a small sample of the mud being slung his way:

I feel empathy for his daughter – but not him.

The irony of this picture and accompanying caption is almost laughable… Almost. https://t.co/LZPgzMS07B

Trump got nothing to do with daughter lol. But the shirt make him look he sold his soul to the devil

Well the way I see it is if he votes for Trump in 2020 then the loss of his daughter isn’t that big of a loss to him. Because he supports a guy that going to keep letting children get murdered! Trump means more to him then his own daughter. I feel sorry for the daughter not him.

Some commenters repeated the lie being pushed by the mainstream media that Trump signed legislation that makes it easier for people with mental illness to get guns, while others tried — but failed — to sound reasonable in their antipathy for Andrew Pollock:

Last year trump signed a bill that made it easier for people with mental illness to get them. He can most certainly be held responsible.

Poor dude, lost his daughter and helped enable it to happen at the same time. He must feel heartbroken AND guilt. Boneheaded shirt (and presidential) choice.

We can’t even imagine the pain Pollack is feeling right now. To attack him while the wounds of his loss are still open isn’t just cruel — it’s evil, and a number of commenters said so:

“He’s Pro-Trump which means he supports the guy who is responsible for the death of his child!” Yeah cause trump is the one that shot up the school. You guys are so ignorant and just pathetic. The world is falling apart and that’s all there is to it. https://t.co/wN5L1lCeAs

These people insulting this suffering father…is just beyond sick!!!

Reading these comments it’s easy to see whats wrong with the world. No heart or empathy for a man that lost his child. You go straight to that is what he gets for liking Trump. WTF is wrong with someone that thinks someone deserves to lose a child because of who they vote for.

Eventually, the noise will die down, and the people who wrote these heartless messages will go on with their regularly scheduled hating, clinging to the misinformed and one-sided beliefs.

Barack Obama may have been right when he called out certain Americans as “bitter clingers.” He was wrong, however, in which segment of the population is deserving of that distinction. 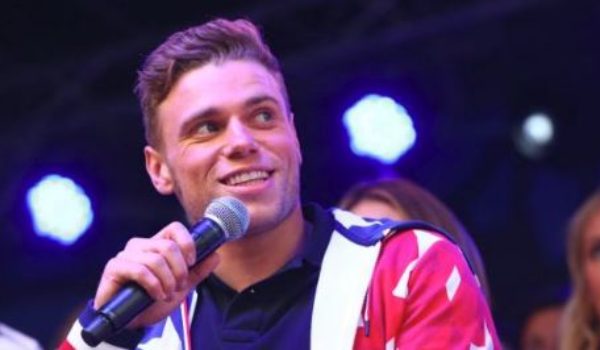