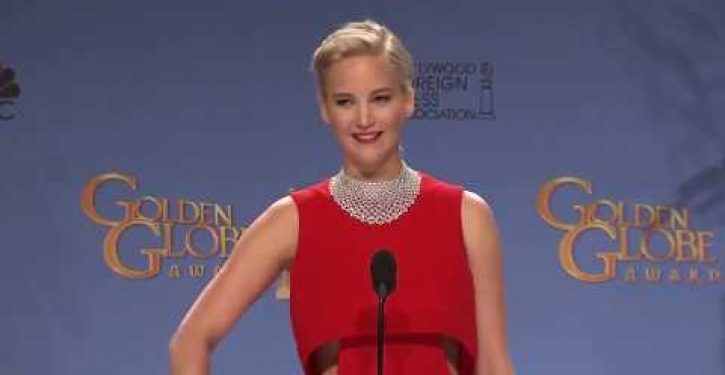 Triggered by a California-sized wildfire of anti-Trump sentiment, November’s midterm elections are projected to be among the hottest, most contentious and divisive in modern history. Spraying gas on this raging political inferno is a Hollywood “axis of influence” — a group of so-called comedians participating in a well-funded political offensive called “Glam Up the Midterms.”

Officially launched on February 2 with an video, “Glam Up the Midterms” is a perfect confluence of politics and left-leaning entertainment in the Age of Trump. Since comedians think they can influence their fans’ political beliefs, the two are now virtually inseparable.

With Trump providing much of their material, comedians appealing to viewers under the age of 40 are now de facto political commentators and disseminators of news. That is the new reality as Americans’ trust in the media has diminished.

“Glam Up the Midterms” is expected to spend $8 million toward the goal of winning Democratic seats in the most competitive Republican-held congressional districts. The initiative is commissioned and funded by Funny or Die, a comedy website and production company founded by Will Ferrell, Adam McKay, and Chris Henchy.

According to the Hollywood Reporter, “The campaign will work to convince voters under the age of 40 to fight for democracy and take the time to vote in November.” Translation: Vote for Democrats to send an anti-Trump or Impeach Trump message.

Coupled with Hollywood’s epidemic of Trump Derangement Syndrome (otherwise known as “We Are Still Sick That Hillary Lost”), the underlying justification for “Glam Up the Midterms” is the discovery of an exit-poll data point now four years old — a data point so egregious it prompted this herd of comedy leaders to run screaming from their limos and galvanize themselves into action.

What exactly was the data point? The horror that only 12% of those under 30 voted in the last midterm election in 2014 (compared with 37% of voters over 60). Coincidentally, the under-30 vote was also exactly 12% in the prior two midterm elections of 2006 and 2010, according to a November 4, 2014 NBC News exit poll cited in the press reports heralding the launch of “Glam Up the Midterms.”

But now, with Trump and Republicans controlling Washington and Congress, it’s imperative that young voters “fight for democracy” because a bevy of comedians have issued a video proclamation imploring them to, turning midterm-election voting into an act of defiance as cool as a stroll down the red carpet.

Rather than laugh at Hollywood trying to influence young voters to turn out in November, Republican leaders concerned about losing control of Congress should take “Glam Up the Midterms” seriously. They should not underestimate the echo-chamber effect. Together, this group of comedians form an inter-connected axis of influence. They are appearing on one another’s shows, seen by millions of viewers, while reinforcing their message that since Trump and Republicans are bad for you, you ought to go vote in November.

In addition to the comedians promoting “Glam Up the Midterms” on their own shows, the mainstream media magnified the launch video across all platforms. (Google the video for a taste of how widely the launch was reported.) Furthermore, now viewers expect their favorite comedians to announce when and where they will make an appearance in a nearby congressional district.

Of course, these comedy leaders-turned-political activists (as long as activism remains profitable) will not promote the fact that if Democrats win control of the House of Representatives, a trio of septuagenarian leaders will probably return to power. The star of the trio is potential speaker of the House Nancy Pelosi, who turns 78 in March. She is joined by potential House majority leader, Steny Hoyer, who turns 79 in June, and potential House majority whip James Clyburn, who turns 78 in July. But don’t expect to hear “Glam Up Your Elders” in any future comedy routine.

Republican instincts are to wave off this innovative Hollywood initiative as “out of touch.” But the GOP should fight back with a positive message for young voters about how their paychecks are larger and their overall economic prospects have improved with Trump in office. In other words, the mantra should sound something like, “Trump has personally helped you, even though you might not like or agree with him.”

So stay tuned: Will the “Glam Up the Midterms” message of “fighting for democracy” succeed in increasing the under-30 midterm election vote beyond 12%? Will the reality of fatter Millennial wallets thwart the comedians’ anti-GOP/anti-Trump message?

And will the “Glam” comedians eventually team-up with “Need to Impeach” — California hedge-fund billionaire Tom Steyer’s ongoing $40 million media, digital, and organizing effort to turn the midterms into a referendum on impeaching Trump? The question to ask is not “if” but “when,” and to what extent, an overt Steyer-“Glam” comedy partnership is forged. For clues, watch how often Steyer appears as a guest on the shows of the “Glam” comedians to promote his impeachment agenda and himself for future elective office.

At this time, all we know for sure is that the midterm election campaign will be one long, drawn-out show, with predictable laugh lines and no intermission. 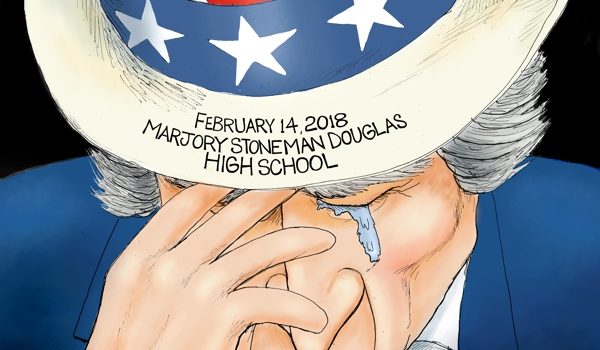 Cartoon of the Day: Heartbroken
Next Post
Trey Gowdy: ‘Show me a law that will prevent the next mass killing’