In her comprehensive report on the latest tragic school shooting in Parkland, Fla., J.E. Dyer shared her revulsion over the “many people marching off immediately to strike the same old political attitudes, as if what we’ve got here is a mechanical policy failure, and it’s all the fault of their political opponents.”

To be sure we are hearing the standard condemnations — of the NRA, of semi-automatic rifles, of the GOP for refusing to pass what Barack Obama grossly over-simplified as “common-sense gun-control laws.”

But one liberal commentator has added a new scapegoat to the mix: America, or put more accurately Donald Trump’s America. At 6:50 this morning, CNN’s Chris Cuomo had this to say:

The president has that #MAGA, right, Make America Great Again. How can you not include this issue in part of that agenda. He’s supposed to be a change agent, right? We are the scourge of the world when it comes to these [mass shootings]. Nobody is worse than we are. How does that not make the MAGA agenda?

Never mind that this is the first mass shooting on Trump’s watch. Suddenly he and the white supremacist nation he presides over are contributors to tragedies like that unfolded yesterday.

Mother Jones was more specific in its blame-Trump narrative, citing what they misleadingly refer to as his repeal of “an Obama-era gun regulation that made it more difficult for those with mental illnesses to acquire guns.” In any case it is far too early to say with certainty that Nicolas Cruz, the shooter, suffers from mental illness. Fond as the Left is of throwing around that term (as in their thumbnail diagnoses of Trump as mentally unfit to serve out his term), no formal diagnosis of Cruz has yet been made.

One could argue, as J.E. does, that Cruz is a troubled child, and there is much in his history to support that. But there are also hints that he was influenced by dark forces, including Antifa and jihadists and possibly self-radicalized.

If the Left were genuinely interested in “common sense” solutions for dealing with tragedies like this, they would first spend some time trying to understand the nature of the beast. They might follow the example of Leah Libresco, a former writer for Nate Silver’s FiveThirtyEight, who spent three months analyzing the 33,000 gun deaths that occur in the U.S. per year.

Her findings, as she wrote in the Washington Post, were that “the case for the policies I’d lobbied for crumbled when I examined the evidence. The best ideas left standing were narrowly tailored interventions to protect subtypes of potential victims, not broad attempts to limit the lethality of guns.”

I researched the strictly tightened gun laws in Britain and Australia and concluded that they didn’t prove much about what America’s policy should be. Neither nation experienced drops in mass shootings or other gun related-crime that could be attributed to their buybacks and bans. Mass shootings were too rare in Australia for their absence after the buyback program to be clear evidence of progress. And in both Australia and Britain, the gun restrictions had an ambiguous effect on other gun-related crimes or deaths.

Maybe instead of rushing off half-cocked and blaming the usual suspects, which now include the president, maybe the Chris Cuomos out there should wait at least until the dust has settled. And then they should read a damned book. 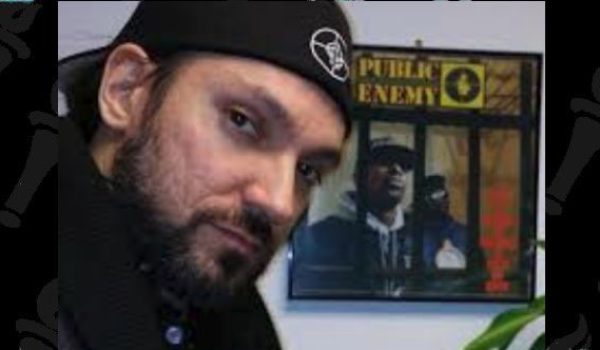 Prof who offered course on ‘problem of whiteness’ now requiring students to buy his hip-hop album
Next Post
UN staff ‘responsible for 60,000 rapes in a decade’