First of all, Rep. Adam Schiff’s office acknowledges that this happened.  So it’s not “fake news” in any sense, valid or invalid.  A pair of Russian comedians, one of them pretending to be a Ukrainian political leader with kompromat on Trump, did, in fact, call Adam Schiff’s office in April 2017 and speak to the congressman, offering to provide him with “pictures of naked Trump” in flagrante with a Russian model after the Miss Universe pageant in 2013.

The Daily Mail reports what the Atlantic story from last month didn’t: that Schiff’s office also continued an email correspondence with the Russian comedians after the phone call, seemingly in an attempt to collect the proferred compromising material on Trump.

Does that mean anything?  Who knows?  Schiff’s office says he wasn’t fooled by the prank.

Schiff’s office said the congressman suspected the call was ‘bogus’ from the beginning and reported it to authorities afterward.

But in a recording of the eight minute conversation, Schiff appeared to take the call seriously – or at least played along convincingly – and emails from the Democrat’s staff to the fake politician afterwards said he had found it ‘productive’.

Maybe he was playing along to see where it went.  Maybe the FBI asked him to play along, and was in on the whole thing after the first phone call.

Schiff isn’t covering himself with glory in his dealings with the FBI/FISA drama, but my purpose here isn’t to assume the worst about him regarding the prank phone call last year.

Rather, it is to observe how this event highlights something that never seems to occur to anyone about 2016.

If Adam Schiff, as a conscientious public official, was right to take the phone call, take down information from callers purporting to have compromising material on Trump, and pass it on to the FBI, what should the Obama administration have done if it seriously thought Trump was mixed up in a compromising way with Russian agents of Vladimir Putin?

I certainly have some things in mind.  And none of them fits the profile of what we are led to understand the Obama administration’s agencies actually did.

There are important questions, for example, surrounding events like the meeting set up with Donald Trump, Jr. in June 2016 in Trump Tower: really basic questions like how the federal authorities first learned of it, and when.  Frankly, we should not have such questions at this point.  We should know exactly when the meeting was first known about.  We should know what was done about it at the time, and by which competent authority.

The FBI knows, after all.  It knows whether its people knew about the meeting in June 2016, or if they didn’t find out about it until months later.  We should know that already.  It’s not hard to establish – and the timing of the FBI’s detection and recognition goes directly to the quality of this “case.”  (Which the people have every right to have certified to us, right now, regardless of its ultimate outcome in terms of prosecutions or other findings.)

…If.  If, that is, the Trump Tower meeting was genuinely suspect, and if there is a legitimate, chain-of-accountability case that the authorities of the U.S. federal government have been pursuing, in which that meeting figures as an event of interest.

What is being dribbled out to us, in media leaks and after-the-fact congressional testimony, doesn’t look like a case being handled in good faith, with top-down oversight and accountability.  Yet we are asked to treat it as one – especially as regards the FISA application for surveillance of Carter Page.

The narrative on that, if we are to accept what was affirmed in the House GOP memo on Friday – which did accord with previous information – can be briefly summarized as follows:

Carter Page had been under some level of suspicion since Russians tried to recruit him in 2013;

Page was named as a member of an ad hoc Trump foreign policy team in March 2016;

George Papadopoulos was named to the same team;

A tip on Papadopoulos from Australia in late July 2016 caused the FBI to think an “investigation” of some kind would be in order, although there is zero information on what that “investigation” might have entailed, if anything;

And then, in October 2016, the Steele dossier on Trump associates was used to justify a FISA application for surveillance of Carter Page.

If all of this was really happening in 2016 as a result of good-faith suspicions about members of the Trump team, there are some really – and I mean really – big things missing.

There should be evidence that then-President Obama was not just briefed on the matter, but was in the decision-making loop for it.

And Trump campaign officials, along with Trump himself, should have been interviewed by the FBI during the campaign.

However diplomatically or delicately we would expect such a matter to be handled, the only good-faith way to handle it was to leave an accountability trail that Congress and the people could follow.  For something this big, you don’t creep around in the dark trying to protect the sitting president from knowing about it or being connected to it.  You do the opposite, because if it’s real, it’s a political horror show, and the people are going to need a full accounting, and confidence about how it was handled.

If it’s real – if you honestly think the Russians are trying to do something as nefarious as the grab-bag of vague, non-parsable implications about 2016 suggests – the president (Obama) is the main guy who should be in the know and making decisions.  That’s what he’s there for: responsibility in national crises.  Something of this magnitude is too big for the attorney general by him or herself, or for the other members of the Cabinet or the National Security Council.

Instead of seeing such tokens of bona fides, however, what we’re seeing afterward is a bunch of second-echelon people stepping down from positions, being removed from them, looking guilty at being caught, and in some cases posturing for the media, without ever telling us something we can verify.

The point is not whether the Obama agencies should have completed an investigation by the end of 2016, or should have known by then every single thing you’d want to establish in an epic case of (supposed) political influence.  We can all understand that a case may be “ongoing.”

But that doesn’t excuse the complete absence of conventional signs of bona fides.  The point is that there should have been traceable evidence that the Obama agencies were doing something – something organized and accountable, something other than chattering amongst themselves, furtively unmasking hundreds of U.S. persons using national security credentials, and getting a FISA warrant on Carter Page, of all people – and that the President of the United States was presiding over the operation with the authority and oversight we would expect, for something with huge national security implications.

That evidence is not there.  We seem to forget that if this “narrative” were really happening, with events emerging in real time and coming to the attention of our accountable senior officials, acting in good faith, they might not like what they’d have to do – but we’d know by now that they did it. 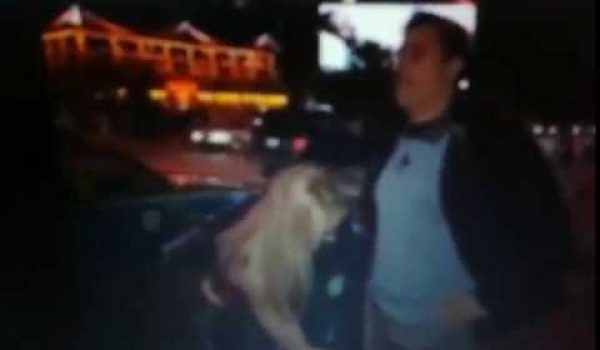 In telling why conservatives don’t host talk shows, Jimmy Kimmel finally says something funny
Next Post
Why aren’t libertarians screaming at the Democrats over info in the Nunes memo?