It was only a matter of time before some member of the mainstream media “went there,” asking this utterly preposterous rhetorical question in one form or another.

What do these five people have in common? All filed one or more FISA applications targeting Carter Page.

Republicans, in other words, aren’t going after the entire FBI or Justice Department — just specific individuals believed to have obtained permission under false pretenses to spy on the Trump campaign.

But you’d never know that, judging from the accusations Democrats have leveled against the GOP and the White House, which include this tweet by “Young Turk” Cenk Uygur:

Why do Republicans and @realDonaldTrump hate cops? The FBI are the top cops in the country. GOP relentlessly attacking them because they don’t believe in rule of law & don’t support cops!

Surely, Uygur jests. When it comes to a baseless hatred of the police, no political party can touch Democrats. In 2016, then-President Barack Obama spoke in the aftermath of the police shootings of two armed black men, Alton Sterling and Philando Castile. His remarks were comprised mostly of statistics from “various studies” that confirmed that police are racist.

Democratic New York Mayor Bill de Blasio was more pointed in his condemnation of the men in blue, asserting that the death of Eric Garner at the hands of police “was the end product of centuries of racism.” He further stated that he had counseled his son Dante, who is biracial, never to reach for his cellphone when interacting with police, who will assume the worst of “a young man of color.”

But it’s not only Democratic politicians who hate the police but their supporters in the electorate. Recall scenes like the one in the video that follows in which protesters chanted “What do we want? Dead cops! When do we want it? Now!” Does Cenk Uygur honestly believe that these marchers voted for Donald Trump in the last election? How about the individual holding the sign at the top of the page?

An interesting aside: Has anyone noticed a decline in the number of police shootings of unarmed black men since Obama left the White House? Makes you wonder. 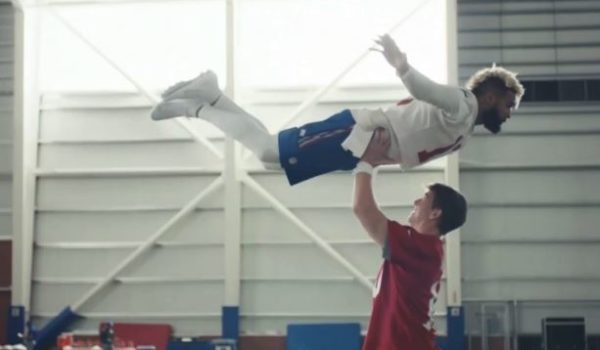