Looks like they were trying to run out the clock.

The Wall Street Journal reports that top FBI officials were aware of a new batch of emails related to the Hillary Clinton investigation on the laptop of disgraced former congressman Anthony Weiner but failed to notify Congress of their existence for nearly a month.

The delay suggests an effort to push any new revelations past the election in 2016.

Text messages between agent Peter Strzok and his girlfriend, lawyer Lisa Page, indicate the former had been called to meet with then-FBI Deputy Director Andrew McCabe to discuss the newly discovered emails on September 28.

“Got called up to Andy’s earlier,” Strzok wrote that day, “hundreds of thousands of emails turned over by Weiner’s atty to sdny, includes a ton of material from spouse. Sending team up tomorrow to review … this will never end.”…

Those emails wouldn’t be revealed until former Director James Comey notified Congress about them on October 28.

It took over a year for the public to learn the extent of those emails. The government watchdog group Judicial Watch had to file a Freedom of Information Act suit seeking the emails that Weiner had received from his “spouse” and top Clinton aide, Huma Abedin, then subsequently filed a lawsuit when the State Department refused to respond to the request.

The FBI would eventually reveal in October of 2017 that thousands of documents had been discovered on the laptop.

WPOST reporting DOJ IG investigating if conflicted FBI #2 McCabe slow rolled Weiner laptop Clinton emails before election. Explains why it took over a year for @JudicialWatch to get them. Weiner laptop had classified info from Clinton server, including identity of CIA official. pic.twitter.com/X5KaKpEtZR

Defenders of Strzok are claiming that the lag time shows a man trying to investigate the matter thoroughly, being careful with the new information. But the Journal also reports that FBI officials didn’t really even start to look into the emails more thoroughly until after Comey announced their discovery in late October.

“In the days after Mr. Comey’s disclosure, the FBI scrambled to get access to Mr. Weiner’s laptop so agents could search for the Clinton-related emails,” the WSJ writes.

“Mr. Strzok and a team of agents spent the following Saturday, extending into Sunday morning, reviewing about 3,000 emails from the Weiner laptop, according to the text messages.”

Why would Strzok and McCabe have to “scramble” if they had been slowly and deliberately reviewing the matter for an entire month?

"Comey informed Congress that the emails on Weiner's laptop had not changed the bureau's decision not to charge Clinton. However, the conservative group Judicial Watch has said that the FBI found at least 18 emails that contained classified information."https://t.co/3dQrBi9SRo

The stall in notifying Congress is part of an investigation by Justice Department Inspector General Michael Horowitz, who is currently reviewing McCabe’s actions, as well as those of the FBI in general prior to the 2016 election.

McCabe abruptly stepped down from his position with the FBI earlier this week, with reports indicating he “may be anticipating the release of an inspector general’s report on how the FBI handled the Clinton email investigation.”

That doesn’t sound like a man confident he and his minion Strzok were just being careful in their conclusions while reviewing the Clinton emails. 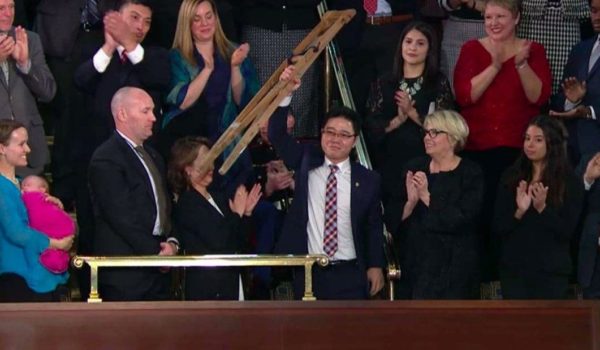