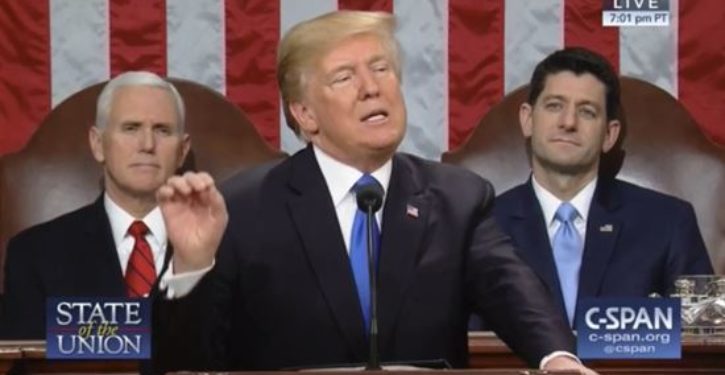 President Donald Trump’s first State of the Union address is in the books, and according to a CBS News poll, 75% of viewers liked it.

Many, however, found reasons to hate the speech. One beef was that the address was too long (it was the third longest in history). Another was that the president spoke too much about himself — a grievance that Fox News correspondent Dan Gainor put to rest by pointing out that Barack Obama talked about himself nearly four times as much in his own first SOTU.

One criticism that was voiced by many observers was the conspicuous absence of any mention of climate change in the speech, but that complaint was defused by the fact that the topic went unmentioned in the official Democratic response by Joseph P. Kennedy III as well.

But of all the grievances leveled against Trump’s address last night, the silliest had to be that of the American Civil Liberties Union, which took the president to task for overusing the word America. Yes, you read right. An organization with the word American in its title, complained that repeated references to the name of the country is “exclusionary.”

After the speech, Faiz Shakir, national political director of the ACLU, issued this statement:

Tonight, President Trump said the word ‘America’ more than 80 times in his speech. Yet, after a divisive first year, we hear and feel how exclusionary that ‘America’ is, with policies that have harmed so many vulnerable American communities. The ACLU stands ready to protect these communities, both in the courts and at the polls.

In particular, the immigration plan put forth by Trump would hold Dreamers hostage to his demands for a harmful border wall and an even larger mass deportation force. We are at this crossroads because of the president’s deeply destructive ideas fomented by his nativist allies and divisive rhetoric. We will continue to stand up for these young immigrants and ensure they continue to contribute to our country. We cannot let America’s Dreamers be deported. 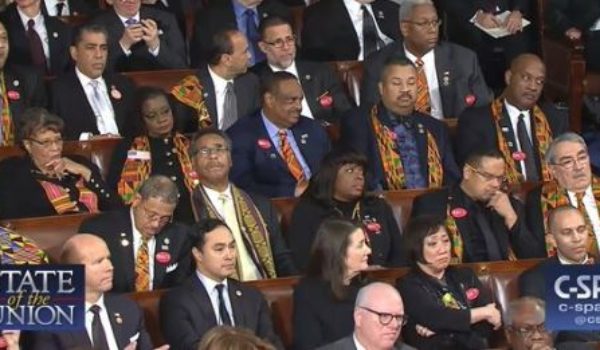