Bill Clinton hasn’t lost his appeal to former supporters. That’s the initial takeaway from a video of the former president as his SUV comes to a stop at a Harlem intersection and is chatted up by a gentleman on the sidewalk.

The conversation, which is mostly one-sided, starts on a high note. “You the best President man,” Clinton’s unseen interlocutor yells. “Trump gotta go.” Clinton responds with thumbs-up and a salute.

“Tell Hillary I said, ‘What up,’ Bill Clinton.”

A wave and another thumbs up.

Then the man spoils it all by saying something that touches a nerve. “How’s Monica?” he shouts.

That is when Clinton’s window goes up. The man on the sidewalk reacts by laughing and says, “He put the window up when I said ‘How’s Monica?’”

This year – in fact, seven days ago – marks the twentieth anniversary of the Lewinsky-Clinton scandal entering the public consciousness. Analysis of the affair has witnessed a bit of a comeback with the recent #MeToo movement surging in the news.

Several Democrats, despite having supported Clinton for years after the affair, his lying under oath, the rape accusations, and so on have finally conceded that he should have resigned at the time.

Last year she wrote about how “honored” she was that Bill had campaigned for her. https://t.co/ohBZJ7gUG0

Of course, that’s easy for them to say now, nearly two decades after the incident and eight years after Clinton left office. It’s almost as though they have another president in mind.

We have met the enemy, and he is us
Next Post
Trump’s plan for Syria is probably illegal but almost no one cares 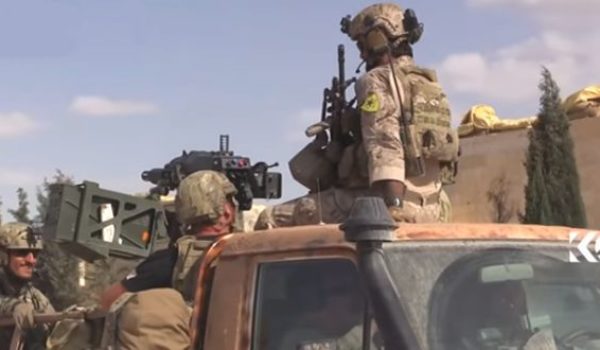