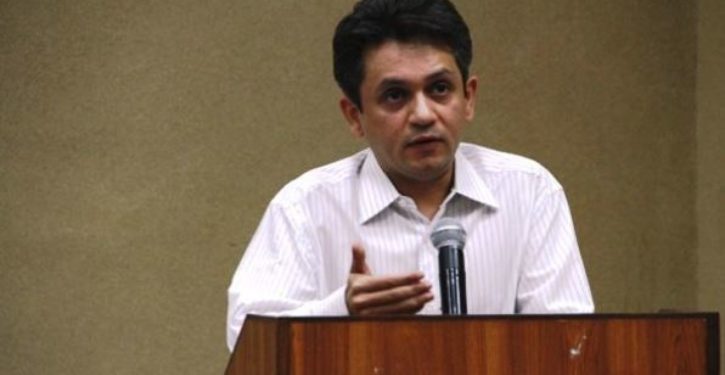 The editor of Newsweek Pakistan made the baffling and outrageous claim that child molestation sometimes leads to great art in a Tuesday tweet.

Fasih Ahmed, editor and publisher of Newsweek Pakistan, claimed that child molestation will always exist and will always continue, regardless of outrage or campaigns against it.

“The sexual abuse of children will always exist. You can never eliminate it. Sometimes it leads to great art. So there’s also that,” Ahmed said, before referencing a #MeToo movement in Pakistan launched by the rape and murder of a 7-year-old girl.

The original tweet appears to have been scrubbed, it has been preserved in the form of  a screen grab: 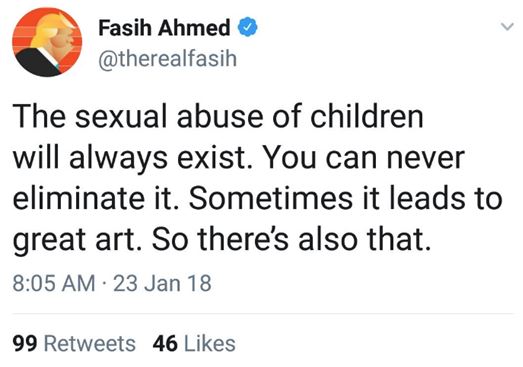 The tweet touched off a firestorm of condemnations, including the following:

You’re a sick pediphile . I fail to understand how did you manage to get @Newsweek editorship ? pic.twitter.com/F39g58dGkx

Lots of things have ‘always happened’, eg murder, rape, genocide. Societies have universally condemned these to maintain sanity and sanctity of human life and dignity. There is no art to derived from primitive and psychotic impulses. There’s no case for it other than insanity

So, obviously you speak from the standpoint of a victim, make some suggestions… if you’re not a victim then you speak from a vile heart that mocks those braver than 1/2 the world who allows their religion to condone it. YES or NO???

what a dirt bag of a person you’re. Atleast people are highlighting & making noise unlike you who is just trying to make jokes. What an idiot. Shameful aspect of our society when it comes to literati like you. #thisidiotshouldbesacked @Newsweek

A tweet posted by Ahmed the following day attempted to explain away the original tweet by noting that the author’s ideas were “poorly phrased” and “misread.”

My tweets of yesterday were coming from anger, were poorly phrased, and misread. I’m sorry to have upset the people who have survived child abuse. I have been angry at the conspiracy of silence around this evil. #MeToo #StopChildAbuse

In the meantime, an Associated Press report noted that Islamic schools in Pakistan are rife with sexual abuse of young boys, with the AP reportedly finding hundreds of cases where clerics had inappropriately touched children over the past ten years.

No explanation has been given for the bizarre claim that “child molestation sometimes leads to great art.” Neither has one been provided for why Ahmed avatar on Twitter is a stylized profile of Donald Trump: 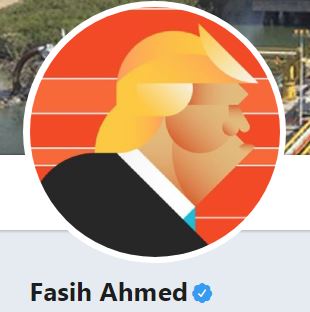