Little needs to be said here about the fascinating phenomenon of the Trump-suggestible media, which seem to scurry from one Trump-lobbed theme-word to the next without pausing to catch their breath.

The previous word – “genius” – was only beginning to die down.  Then “sh**hole” overtook it like a runaway 18-wheeler barreling down the mountainside on an interstate highway, after those yellow signs warning of certain death flash by.

Meanwhile, back in what must be the eerie quiet of the offices of POTUS and his top officials, Trump laid down a new marker on Iran.  If not for “sh**hole,” “genius,” and the word-of-the-day selections that came before them, the media might have been in a posture to do more about that.  But it takes a lot of effort to explain to America what a real genius is, and how actual geniuses talk, and why Trump isn’t one, and how pathetic and wrong it is for him to call himself one.

And then, just when they’ve almost got that one put to bed, and Trump well and truly slam-dunked, along comes sh**hole, and the process has to be started all over again.

Who can keep up with actual policy developments under such exigent circumstances?

For the record, what Trump has done is give his Congress, and the other parties to the Joint Comprehensive Plan of Action (JCPOA), until the next “certification” date – 120 days from 15 January – to improve the terms of the JCPOA.  If that isn’t accomplished, the U.S. exercises our right to pull out of it.

The mainstream media have almost uniformly depicted this as Trump not changing policy on the JCPOA.  He is leaving the Obama sanctions waivers in place for this final 120 days.  It appears the media basically assume he is not serious about pulling the U.S. out of the plan.  They’re also hewing to the line – too good to pass up – that Trump is failing to keep his campaign promise to get rid of the bad deal.

But Congress is taking him seriously.  Both houses have respective bills proposing ways to strengthen the plan.  (The Senate bill is considered weaker in that regard.)

Rep. Peter Roskam (R – Ill.) who has authored a House bill, told the Free Beacon, “U.S.-Iran policy is facing a pivotal moment and U.S. policymakers must have a laser-like focus on our objectives to permanently prevent Iran from a nuclear weapons capability, to combat Iran’s support for terrorism and to support those Iranian people in the streets protesting for a freer, more hopeful future.” The Roskam bill is said to address the concerns laid out by the administration.

It is a valid question how congressional standards for a new plan might be turned into an actual agreement with Iran – especially since the JCPOA itself is not actually an agreement, and still less a “deal.”  Nothing was ever signed, and Iran has never signified agreement to the language of the JCPOA itself, even informally.  (Indeed, Iran’s formal ratification activities, such as they were, centered on a measure passed by the majlis in 2015 that differed significantly from the JCPOA.)

But there are a number of questions like that, which come not from what Trump is doing now but from what Obama did in 2015.  For the United States, the JCPOA is at the absolute most an executive commitment by Obama, never subject to a vote in the Senate.  Its provisions underlie UNSCR 2231.  But the U.S. retains discretion at all times, regarding any UNSCR, to revise our policy on it.

In terms of constitutional process in the United States, Trump doesn’t have to consult Congress on withdrawing from the JCPOA.  There is, largely for that reason, no realistic method of compelling him to consult Congress on our policy on UNSCR 2231.  What he’s doing is (a) giving Congress a chance to weigh in, which is wise; and (b) creating a due-out to craft policy options around as the 120-day deadline approaches.

There’s a lot more to say about this topic, but the most important things can be said very succinctly.  First, it will not make a difference to our security, anyone else’s, or the future of Iran’s nuclear program, for the JCPOA to lose its formal accreditation by the United States.  Besides the fact that Iran’s “compliance” with it places no meaningful restraints on her nuclear weapons program, the “compliance” itself is not, and cannot be, verified meaningfully enough to make the JCPOA worth keeping in its current form.

(See, for example, this marvelous update from the UN’s IAEA, the inspection agency for the nuclear program sites, from which we learn that the IAEA won’t even ask for permission to visit suspect sites, because a negative response from Iran could provoke the U.S. to do something besides let it all slide from one official report to the next.  Seeking to actually verify compliance would upset the apple-cart, in other words.  This is not a viable plan for preventing development of a nuclear weapon.)

Second, the better option – as between trying to conclude a verifiable “deal” with the current regime, and encouraging regime-change – is the latter.  The Iranians themselves are now showing a uniquely determined disposition to change their regime.  And that’s the perspective that ought to guide us.

The absolute worst thing we could do at this point is take measures that would prop the radical regime up, on the premise that we will otherwise lose the “nuclear deal.”  If the regime can be changed by the people, in pursuit of the interests they have expressed, we will get something far better than the JCPOA.

Along those lines, Trump has also just added some of the worst rights-violators to the U.S. sanctions list, along with IRGC-connected entities involved in proliferation.  This move exerts pressure on the regime suspects who plague the Iranian people and have been culpable in making their lives miserable over the last several years.

(A very interesting read, on an interrelated topic, is here, outlining the way many small investors and account-holders in Iran have been defrauded by regime-connected “financial” firms.  I wrote about this last week, noting that the fraudulent activities, which have hit the people hard, were intended to generate revenue for the overleveraged regime.  Basically, it was all an elaborate scheme to steal the people’s savings from them.)

Trump is right to exert pressure on this thieving regime, which is now shooting its people in the street and incarcerating them at an alarming rate as they demand to not be silenced and stolen from anymore.

Meanwhile, his Department of Justice has also assembled a team to investigate the transnational criminal activities by which Hezbollah has been supporting itself, and coordinating other threatening operations with equally bad actors. I wrote here about Josh Meyer’s important piece on this in December, which revealed that the Obama administration strangled off the effort to track and interdict those activities, out of concern that undermining Hezbollah would anger Iran and “destabilize” the Middle East.

The Trump administration is renewing the interest in Hezbollah’s criminal syndicate, and that’s a very good sign.  As long as the mainstream media have rumors of geniuses and sh**holes to combat, they may not be able to mount a concerted, thematic counter-effort against Trump’s actual policy moves.

Analyzing that point would be a whole separate post, but it does suggest one way the “echo chamber” is being thwarted; i.e., by being baited with red herrings, and seeming to score one empty point after another while Trump actually changes the all-important facts on the ground. 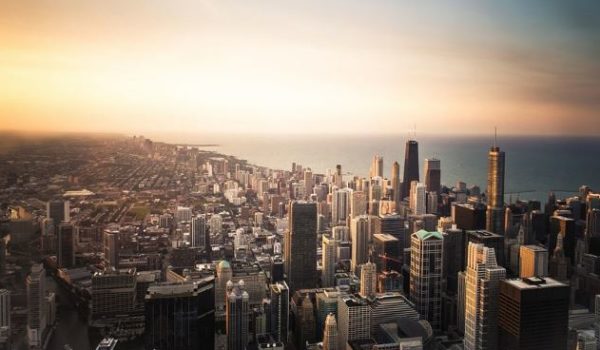