[The Sam Batkins tweet speaks of a decrease of “400%” from 2016 to 2017 in major regulations issued, but a decline from 119 to 29 would actually be a decrease of 75%.  We feel sure Mr. Batkins would come up with the same if he reviewed his work again.  It’s still a very healthy reduction, especially in light of the hundreds of other rules rolled back or delayed for review. – J.E.]

President Donald Trump’s administration has issued about 75 percent fewer major regulations in its first year than the previous presidential administration did during its final year, according to government data.

The ink isn't dry on 2016, but it looks like there was roughly a 400%(!) decline in major regulation from 2016 levels under Trump Admin: https://t.co/woolqMPUhu

Major regulations are those expected to cost the economy at least $100 million and must be submitted to the Government Accountability Office (GAO) before they can take effect.

Batkins compiled his figures based on rules filed with GAO, but does not count many of the “midnight” rules Obama agencies issued in the days leading up to Trump’s inauguration.

Trump made cutting regulations a major priority for his first year in office, signing orders to set up committees at federal agencies to identify rules to get rid of or streamline and to cut two regulations for every new one imposed.

The White House recently announced they’d withdrawn 635 regulations, made 244 inactive and delayed another 700 for a compliance savings of $8.1 billion. Trump said deregulatory efforts would continue into 2018 and asked officials to cut three regulations for every new one issued.

Indeed, many of the regulatory cuts have angered liberal groups, especially environmentalists. Trump has undone Obama-era regulations on oil and gas drilling and even repealed the former president’s signature global warming rule.

The Environmental Protection Agency (EPA) announced the repeal of the Clean Power Plan (CPP) in October, that would have forced more coal-fired power plants to shut down. The EPA said repealing the rule would save $33 billion in avoided regulatory costs.

Science: ‘Every single study’ indicates most kids stop feeling transgender as they get older
Next Post
Republican wins draw for Virginia statehouse seat – dealing another blow to Obamacare 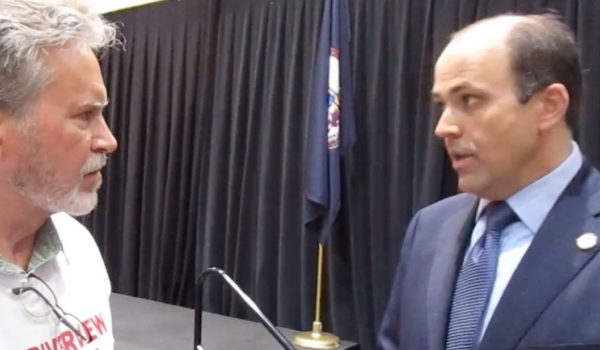