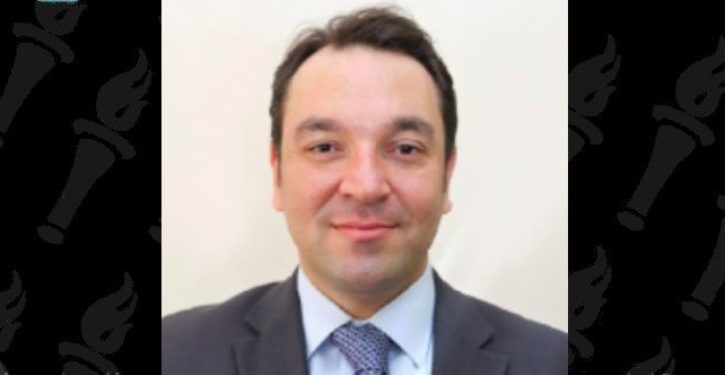 Usually, when Rutgers University makes headlines, it’s in connection with inviting a drag queen to perform during LGBTQIA Welcome Week the hiring of “social justice scholars.” If disciplinary action is taken against a student, generally it’s for “hate crimes,” such as having written the word illegal alien in a student newspaper column.

This time, however, the commotion is over the hiring of a professor who has worked for Syrian dictator Bashar al-Assad and claimed that Israel traffics in children’s organs.

Next semester Rutgers students will be able to sign up for a political science class called ‘International Criminal Law And Anti-Corruption.’

It’s taught by Dr. Mazen Adi who is listed as an adjunct professor.

On the Rutgers University website, the biography for Mazen Adi mentions his impressive credentials including 16 years as a career diplomat.

But the bio doesn’t mention who he worked for — the pariah nation of Syria, and dictator Bashar Al-Assad who has been widely considered a war criminal for using chemical weapons on his own people.

Students have organized an online petition calling for Adi’s dismissal. So far 1,000 people have signed the document.

One student interviewed by the station spouted the truism “People are entitled to their own opinions, but not their own facts.”

When the station reached out to the university for a reaction, a spokesman told them:

Rutgers will not defend the content of every opinion expressed by every member of our academic community, but the university will defend their rights to academic freedom and to speak freely.

The university is right to stand up for academic freedom and to speak freely. The argument could even be made for allowing Adi to articulate his anti-American/anti-Israel views provided his students are given the “academic freedom” to pick his arguments apart.

My question, however, is where was the university’s staunch defense of the First Amendment when the student who penned the phrase illegal alien was fired from the school newspaper?

Trump warns ‘Little Rocket Man’: ‘Do not underestimate us, do not try us’
Next Post
China reveals images of new hypersonic strike aircraft