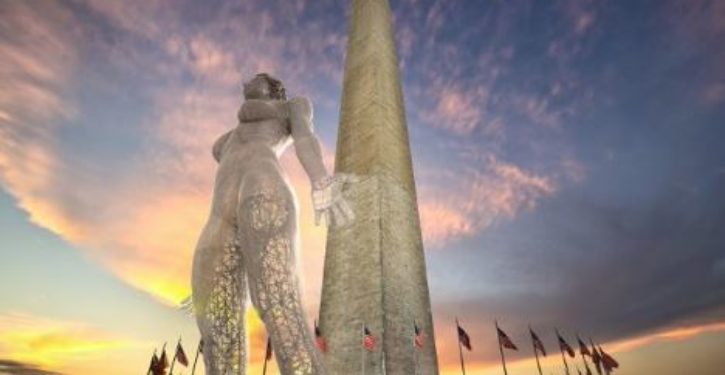 What do you say to a 45-foot-tall naked lady? It’s a trick question! You can’t say anything to the way-larger-than-life nude if she doesn’t exist. And as of today, the naked female colossus will not appear on the National Mall, as previously planned, due to the National Park Service’s refusal to grant a permit for the project.

The statue, called “R-Evolution,” was to appear during an event called Catharsis on the Mall in Washington, D.C. The statue was set to take her place near the Washington Monument around Nov. 10 and remain in place until March 7, according to WUSA.

So why was the project scrapped? If you’re guessing it’s because the figure of a naked woman would lend credence to the claims that the Washington Monument is a giant phallus, you’re all wrong. The National Park Service claimed that the statue would destroy the turf and soil.

The statue was supposed to promote women’s equality, and organizers proposed the statue directly face the White House. Somehow the notion that women parading around topless (or bottomless) in public levels the playing field has gained prominence in recent years. For the past decade, New York has hosted an annual GoTopless Day Parade, in which women walk through the streets flaunting their assets. “Free the Nipple” rallies are now staged each year in cities around the world.

As R-Evolution, the Park Service noted that, in addition to playing havoc with the topsoil, the statue would distract from other “significant historic features.”

Democrat has new Obamacare fix, and it’s absolute genius
Next Post
Kellogg’s redesigns cereal boxes after complaint about … well, see if you can guess 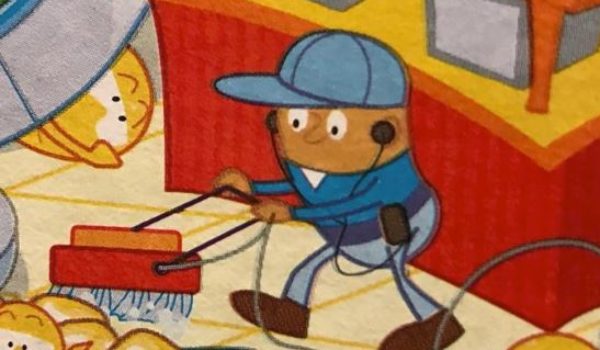