To no one’s surprise, the Washington Post reported on Tuesday that in April 2016, the Democratic National Committee and the Hillary Clinton campaign effectively took over paying for the assembly of the “dodgy dossier” on Donald Trump.

The WaPo reporters cite “people familiar with the matter.”

The narrative continues to be that an unnamed Republican rival launched the dossier’s career during the primaries (thought to be as early as sometime in late 2015).  The constant throughout the project was Fusion GPS, the consulting firm that contracted with retired British MI6 operative Christopher Steele to do the research.

In April 2016, Fusion GPS was retained by the law firm Perkins Coie, through attorney Marc Elias, to continue the work on the dossier.  In making this move, Perkins Coie was acting on behalf of its clients, the DNC and the Clinton campaign.

New York Times reporters Kenneth P. Vogel and Maggie Haberman reacted to the WaPo story with some indignation, both pointing out that Marc Elias (and possibly others) had told a different story for months, claiming that Hillary and the DNC had nothing to do with the dossier.

When I tried to report this story, Clinton campaign lawyer @marceelias pushed back vigorously, saying "You (or your sources) are wrong." https://t.co/B5BZwoaNhI

Folks involved in funding this lied about it, and with sanctimony, for a year https://t.co/vXKRV1wRJc

Considering the exceptional level of, er, inconsistency and inaccuracy in the retailing of this whole drama by leakers and media outlets, it may be hard for most readers to get very worked up about that.  Yeah, yeah.  Elias is just the latest guy to be caught having his assurances contradicted by later reporting.

But Vogel’s and Haberman’s point does raise the question, Why now?  Whoever WaPo‘s unnamed sources are, they must know that Elias has been denying the suspected link for months.  Presumably, they have a reason for making this disclosure about the DNC/Hillary connection to the dossier.  If the connection was denied before, and “vigorously,” what changed?

To my ear, the purpose of this leak is to frame the story the way the DNC and Hillary want it to be told — before it comes out in some other way, which it’s bound to.

If the story emerged without proper framing, the national audience would be justified in seeing it as follows: Hillary and the DNC paid for dirt to be dug up on Trump, by a firm (Fusion GPS) with extensive Russia ties.  That differs not at all from what Donald Trump, Jr. is suggested, by implication, to have shown an interest in from the opposite perspective, by taking the curious meeting with the Russian lawyer in June of 2016.

If Trump Jr. was just doing what the Hillary campaign did — except that he didn’t follow through, and there was never a scurrilous dossier compiled on Hillary — it’s pretty hard to whip up sanctimonious fury over Trump.  The “scandal” of the Trump Jr. meeting is thin gruel.  Being present at it could hardly be held as leverage over, oh, say, Paul Manafort, just to name a Mueller investigative target completely at random.

So it’s important for the connection of Hillary and the DNC to the dodgy dossier to be framed advantageously.  Interestingly, that’s exactly what this WaPo article does.

The article seeks to establish, through claims attributed to anonymous sources, that the Hillary campaign and the DNC may not have even known that Fusion GPS was involved, and that their interest didn’t start out being in Trump’s ties to Russia.

The article doesn’t contain much substance at all, but it is oddly emphatic about those points (to the point of making one wonder, who are these “sources” that know so much — and some of it with a certainty that investigators wouldn’t have?).  It seems clear the purpose of the leak is to establish the narrative.  The relevant passages:

Fusion GPS’s work researching Trump began during the Republican presidential primaries, when the GOP donor paid for the firm to investigate the real estate tycoon’s background.

Fusion GPS did not start off looking at Trump’s Russia ties, but quickly realized that those relationships were extensive, according to the people familiar with the matter.

When the Republican donor stopped paying for the research, Elias, acting on behalf of the Clinton campaign and the DNC, agreed to pay for the work to continue.

The Democrats paid for research, including by Fusion GPS, because of concerns that little was known about Trump and his business interests, according to the people familiar with the matter.

These people said that it is standard practice for political campaigns to use law firms to hire outside researchers to ensure their work is protected by attorney-client and work-product privileges.

At no point, these people said, did the Clinton campaign or the DNC direct Steele’s activities. They described him as a Fusion GPS subcontractor.

The rest of the article is fluff.  The nine sentences quoted above appear to be what WaPo‘s sources wanted on the record.  A carefully crafted apologetic tied up in a bow — framed with a precise scalpel to differentiate what Hillary and the DNC did from what the Trump campaign is accused of doing.

The neatness of it comes across as, shall we say, un-spontaneous.  The detail about “political campaigns using law firms to hire outside researchers” is laughably helpful, in fact — almost like it was planted there to assist your thought process.

If you didn’t know better, you might forget that Fusion GPS is well known to the DNC — having done oppo work for the Obama 2012 campaign — and to many of the leading lights of the Hillary 2016 campaign through long personal associations (see last link).  The antiseptic distance suggested in the article between the Hillary/DNC staffs and Fusion GPS strains credulity.

Moreover, Fusion GPS was knee-deep in Russians in April 2016 — something bloggers (like me and others), as well as The Daily Caller, had uncovered long before the most recent reporting on that this past week.  Fusion was involved at the time in dirt-digging to impugn witnesses against Moscow in the Magnitsky case, something that could hardly have been unknown, or irrelevant, to Perkins Coie.

If the law firm was as careful about its clients’ interests as the helpful squib on “hiring outside researchers” suggests, it would surely have done its due diligence to vet Fusion and know what the consulting company was involved in.  Given that reasonable supposition, the implication of the WaPo article rings false.  To hear WaPo‘s sources tell it, it was mere coincidence, as far as we know, that Perkins Coie picked Fusion — which at the time was being paid by Russians to dig up dirt — to do some digging on Trump; and then, shocker, the next thing Fusion’s contract intelligence guy turned up had to do with Russia.

It’s getting a bit old, having these bread crumbs laid out for us.  This one doesn’t look like it will go where the headline implies it will, because the real purpose of it seems to be not unveiling a bomb, but defusing one.  I wouldn’t get too excited about it.  It appears designed to be a bomb that doesn’t actually go off. 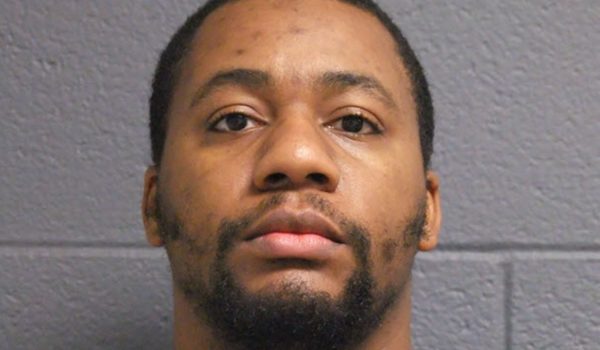 (Usual) suspect arrested for racist graffiti at E. Michigan U.
Next Post
The FBI is too tangled up with Russia; Mueller is the wrong sleuth for the job