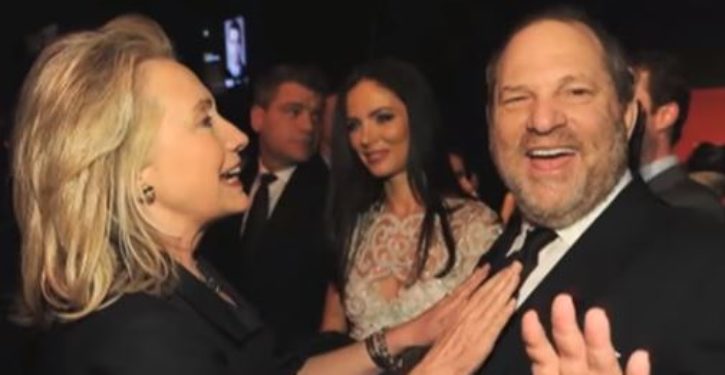 It’s practically a club for people who either commit sexual assault or turn a blind eye to it.

The meme below provides a perfect illustration of the relationship between disgraced Hollywood mogul Harvey Weinstein, former Democrat candidate for president Hillary Clinton, and her number one aide, Huma Abedin.

It’s mind-blowing, befuddling, and just a strange group of individuals who seem OK with sexual deviancy. Yet if someone (God forbid!) should mention a “binder full of women,”  watch out! War on women!

Check out this triumvirate of woman abusers and enablers: 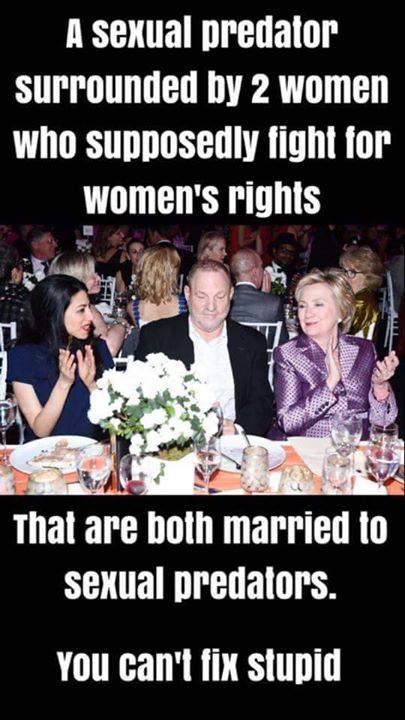 To be clear, the only women these hypocrites fight for are sisters of the sorority of Democrats and liberals. Otherwise, they are indifferent to the plight of women, especially women who are victims of sexual abuse.

Nowhere is that more evident than in the Clinton Foundation’s announcement that it will not return over a quarter of a million dollars in donations from Weinstein.

Their excuse? The money was already spent:

Suggesting @ClintonFdn return funds from our 330,000+ donors ignores the fact that donations have been used to help people across the world. https://t.co/dBXNZwAkWS

Well, we know one place that the money definitely didn’t go … Haiti. 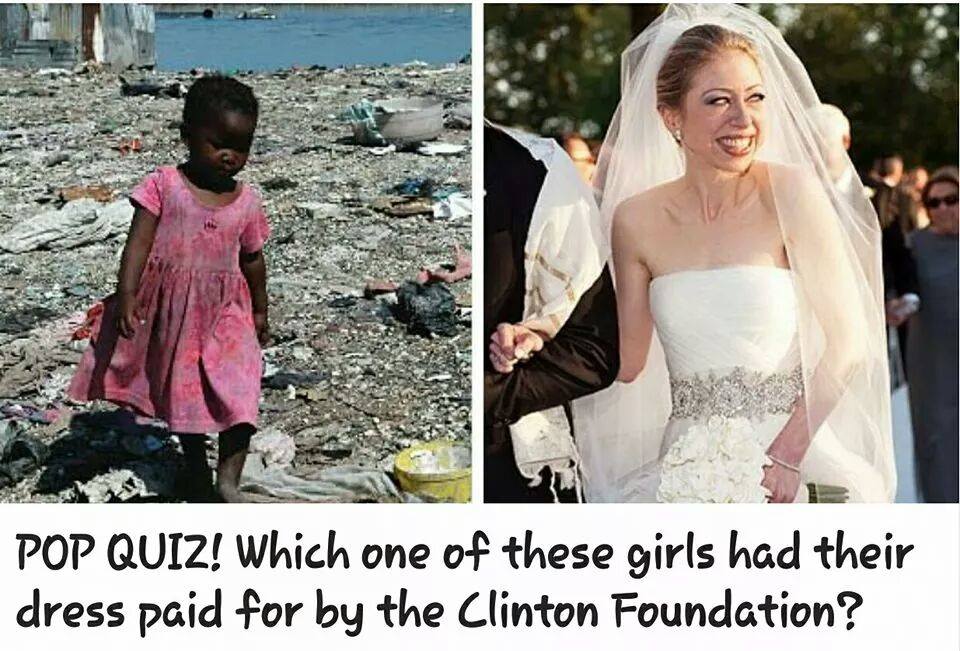 While Chelsea Clinton was using Clinton Foundation money to pay for her no-expense-spared wedding – the Daily Mail reported that the event cost upward of $2.8 million – Haitians who suffered the devastating earthquake in 2010 were left wondering where the $20 million in the Haiti fund went.

Chelsea meanwhile went running away from reporters when asked about returning the money.

Chelsea Clinton literally fled the scene when I asked her if Clinton Foundation will return Harvey Weinstein money https://t.co/0FiTacC5Uf