John Solomon and Alison Spann have an amazing article at The Hill on Tuesday, outlining the particulars of an extensive Russian racketeering and bribery scheme to acquire leverage over the U.S. uranium industry.

What we learned from Peter Schweizer’s articles starting in 2015, and his book Clinton Cash, is part of that picture.  But it turns out that’s only part of it.  Schweizer made a strong case from publicly available information, almost all of it reported in the mainstream media.  What we didn’t know – what even members of Congress and some senior people in the Justice Department didn’t know – was that the FBI was investigating the Russians’ activities all along, and had an informant on the inside.

A case was actually filed in 2014, based on the FBI investigation, and resulted in a set of very quiet plea deals by principals in 2015.  So this isn’t just a work of analysis and probabilities.  This really happened, according to the law enforcement agencies of the U.S. Government.

And it involved the Clintons.  While Hillary Clinton was the Secretary of State, and presided over the board that decided on the sale of interest in Uranium One to Rosatom, the Russians involved in the bribery scheme were funneling money to the Clinton Foundation.

Yet it turns out that that information wasn’t used in the court case brought against the principals in 2014.

The 2014 case was brought against Russian financier Vadim Mikerin and executives of the trucking firm Transport Logistics International, which contracted to transport uranium in North America.  The Russians had been engaged in bribery and kickbacks involving the uranium industry in the U.S. since at least 2004, according to court documents.  Mikerin’s role began as early as 2009.  And it was starting in 2009 – basically, when Hillary Clinton became Secretary of State – that evidence interpretable as bribery through the Clinton Foundation was acquired by the FBI.

Again, however, that evidence wasn’t used in the case.

By that time, the criminal cases against Mikerin had been narrowed to a single charge of money laundering for a scheme that officials admitted stretched from 2004 to 2014. And though agents had evidence of criminal wrongdoing they collected since at least 2009, federal prosecutors only cited in the plea agreement a handful of transactions that occurred in 2011 and 2012, well after the Committee on Foreign Investment in the United States’s approval.

The final court case also made no mention of any connection to the influence peddling conversations the FBI undercover informant witnessed about the Russian nuclear officials trying to ingratiate themselves with the Clintons even though agents had gathered documents showing the transmission of millions of dollars from Russia’s nuclear industry to an American entity that had provided assistance to Bill Clinton’s foundation, sources confirmed to The Hill.

The clue is the set of names involved, at Justice and in the FBI.

Both men now play a key role in the current investigation into possible, but still unproven, collusion between Russia and Donald Trump’s campaign during the 2016 election cycle. McCabe is under congressional and Justice Department inspector general investigation in connection with money his wife’s Virginia state Senate campaign accepted in 2015 from now-Virginia Gov. Terry McAuliffe at a time when McAuliffe was reportedly under investigation by the FBI.

The connections to the current Russia case are many. The Mikerin probe began in 2009 when Robert Mueller, now the special counsel in charge of the Trump case, was still FBI director. And it ended in late 2015 under the direction of then-FBI Director James Comey, whom Trump fired earlier this year.

In other words, all of these people knew about the investigation, and all of them knew that the case brought because of it implicated the Clinton Foundation.

Both Eric Holder and Loretta Lynch held office as Attorney General during the period in question (Lynch was sworn in in April 2015, while the case was in federal court).  Both of them had to know.

This group of people knew that the evidence implicating the Clinton Foundation was never used.  Presumably, that’s because some of them were the ones who decided not to use it.

They knew that there was a vast Russian bribery scheme going on, before the 2010 decision to allow the Uranium One sale to Russian state-owned Rosatom.

They knew that the Russian bribery scheme was still going on after the sale, from 2010 to 2014, because their FBI operation was at that point directing parts of it, and watching it happen.

They knew that the case was concluded quietly, with plea deals that received virtually no public notice, presumably because more publicity would have sparked justifiable outrage from Congress, where many members had been very concerned about selling controlling interest in Uranium One to the Russians in 2010.

And they knew, in fact, that information about the 2014 case was never briefed to key members of Congress.  Even a top official in the FBI chain of command didn’t know.

The lack of fanfare left many key players in Washington with no inkling that a major Russian nuclear corruption scheme with serious national security implications had been uncovered. …

Ronald Hosko, who served as the assistant FBI director in charge of criminal cases when the investigation was underway, told The Hill he did not recall ever being briefed about Mikerin’s case by the counterintelligence side of the bureau despite the criminal charges that were being lodged.

“I had no idea this case was being conducted,” a surprised Hosko said in an interview.

Likewise, major congressional figures were also kept in the dark.

Former Rep. Mike Rogers (R-Mich.), who chaired the House Intelligence Committee during the time the FBI probe was being conducted, told The Hill that he had never been told anything about the Russian nuclear corruption case even though many fellow lawmakers had serious concerns about the Obama administration’s approval of the Uranium One deal.

To put the icing on the cake, recall that the date when the case was put to bed – late August 2015 – was at the height of the Congressional furor over the “Iran Deal.”  The Obama administration had announced the “deal” as an executive agreement in July, and Congress was scrambling for a way to prevent implementation of it, which looked increasingly inevitable at that point.

A key provision of the “deal” was that Russia would take custody of Iran’s enriched uranium stock.  Exposure of the vast, years-long Russian collusion scheme over uranium in the United States – coincident with the Obama administration and abetted by its actions – would have come at the worst possible time.

Russia was also doing something else in August 2015: establishing her armed forces in overt combat in Syria, on the same side as Iran and Bashar al-Assad.

Yet Russia was a partner with special responsibilities in the “Iran Deal,” responsibilities that entailed reposing special trust in Moscow.  (I noted in 2016, for a different reason, how misplaced that trust appeared to be.)

We could go on all day listing the ways in which this is disgusting, starting with all that the Obama administration had reason to know during the years when Hillary was effectively encouraging investment by the U.S. infotech giants in the FSB (successor to the KGB), pressuring them to contribute to the “Russian Silicon Valley” in Skolkovo.  If anyone in the United States bears responsibility for Russian cyber interference in the 2016 election, it’s Hillary and Team Obama.

But the names in the DOJ and FBI are the ones that have to compel us.  James Comey’s parting shot was to prompt the Mueller investigation with a leak.  Mueller, who supervised the silence about the Russian uranium bribery scheme for years, is now in charge of the special-counsel investigation.  Rosenstein and McCabe are still in key positions of authority and trust.

Is the reality of the Russian bribery scheme the only thing they’d rather keep quiet, by finding a way to take down Trump?  There’s no way to avoid asking that question, in that way.  After all, it’s a good question why they handled the Russian plot the way they did from the beginning.  Come up with your own ideas on that. None of them can really be benign or exculpatory.

The indictment affidavit in the Mikerin case is appended below.  For other original documents, see the Solomon/Spann article, top link, at The Hill. 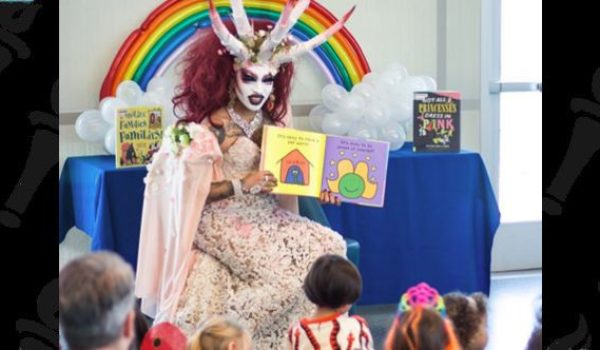