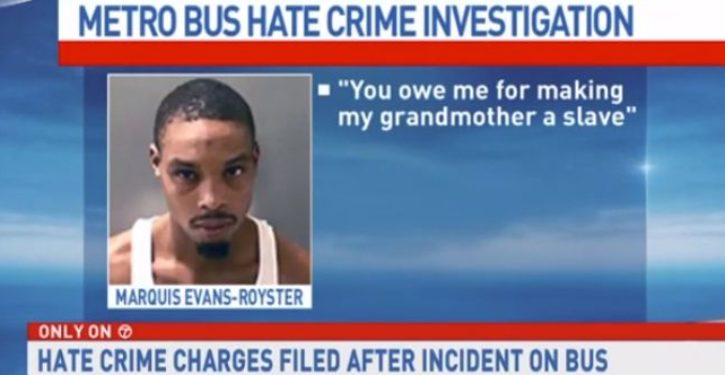 Maryland police charged a black man with a hate crime after he allegedly spat in the face of a disabled white man and shouted “all white people are evil.”

Marquis Evans-Royster, 27, walked up to a 52-year-old homeless disabled white man while on a city bus, WJLA-TV reported Monday. Authorities maintained Evans- Royster told the man he owed him because of slavery.

“You owe me for making my grandmother a slave,” Evans-Royster said to the man.

His grandmother was a slave? The Emancipation Proclamation was signed into law in 1863, meaning his grandmother would have had to be at least 127 years old at the time of his birth.

According to police, he also turned to other passengers on the bus and yelled, “All white people are evil.” He also allegedly told two of the bus’s white passengers they should be dead.

The police charged Evans-Royster with a hate crime for his actions, an ABC 7 journalist reported

A New York City elderly man was allegedly attacked by a young black teenager while the two shared an elevator at the New York Subway earlier this month. The teen reportedly expressed a hatred for white people before punching the man in the face. 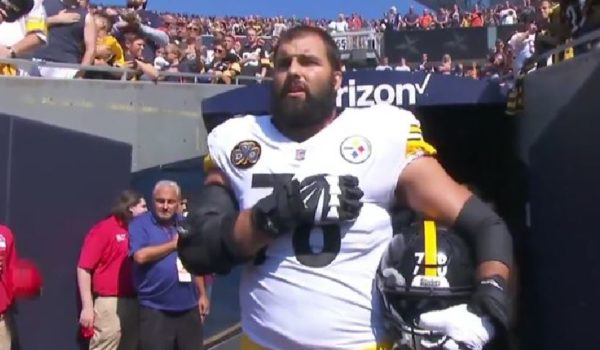 CBS earnings disappoint due to weak NFL ratings
Next Post
CNN’s Don Lemon: Trump is ‘jealous’ of Obama because he’ll never be ‘classy,’ ‘smart,’ or ‘kind’