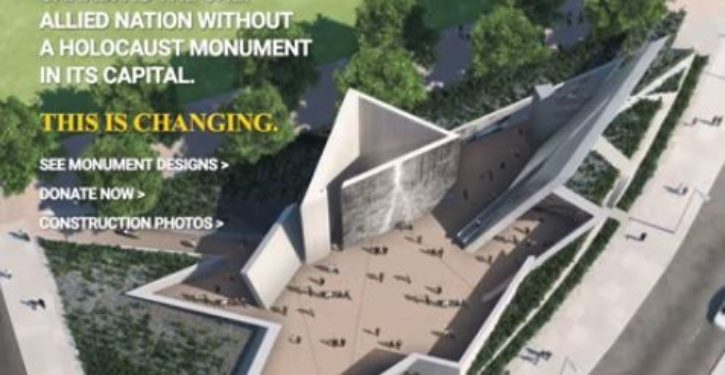 It’s pretty embarrassing when a country finally gets around to correcting an “oversight,” which is how Canadian Prime Minister Justin Trudeau described the long-overdue unveiling of its Holocaust memorial, only to screw it up. And screw it up they did big-time.

How big? So big that according to the National Post, the sin of omission has received “widespread ‘real-time’ attention in Europe, America and Israel, with coverage in top-tier media, like The New York Times, The Washington Post and the BBC.”

What did the creators of this monument neglect to include? Here’s the text that appeared on a commemorative plaque at the site, since pulled. See if you can pick out the problem:

The National Holocaust Monument commemorates the millions of men, women and children murdered during the Holocaust and honours the survivors who persevered and were able to make their way to Canada after one of the darkest chapters in history. The monument recognizes the contribution these survivors have made to Canada and serves as a reminder that we must be vigilant in standing guard against hate, intolerance and discrimination.

Yeah, “darkest chapters,” “hate, intolerance, and discrimination” — all good stuff. But who were the victims of this genocidal lunacy? Wherein lies the problem. Nowhere in that paragraph is there a mention of the Jewish people, who lost six million people to the Nazis’ insane “final solution.”

The phrase “Never forget,” which is really more of a prayerful plea, is often written and uttered in connection with Holocaust remembrance. How ironic that Canada, which was derelict in raising a monument to those who perished, forgot.

I wrote DACA. Now I’m suing to save it from Trump
Next Post
Democrats attack Trump for obeying a federal judge’s court order 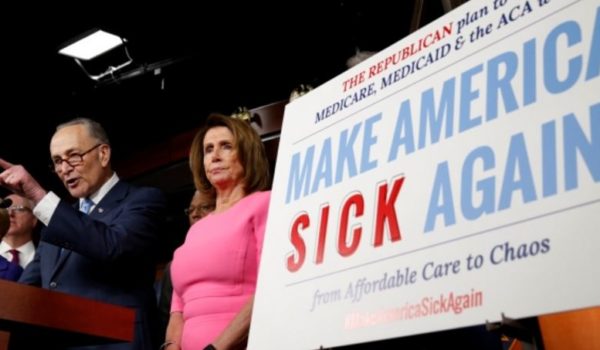