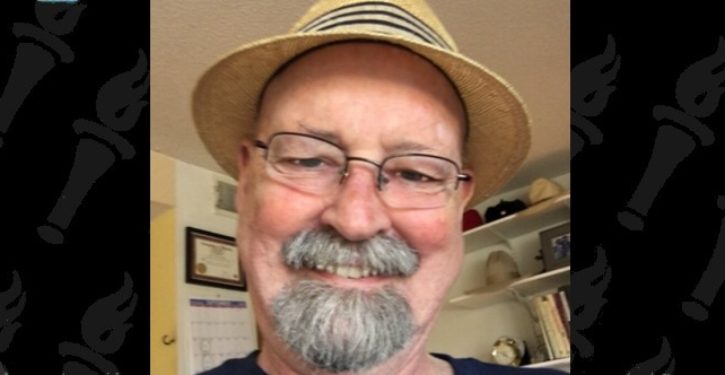 In addition to writing, golfing, loving peace, and teaching at Eastern Connecticut State University, Bob Englehart enjoys cartooning. That information comes courtesy of his Twitter bio, which appears below a cartoon rendering of himself saying, “Love to talk? I do. Invite me to speak and draw at your event.”

Before you rush to avail yourself of Englehart’s services, you should know what sorts of things he says when he speaks. Among them are profanities directed at the president of the United States, whom in one tweet he calls a “dumb f*ck.”

That dumb fuck in the White House said he’d keep us safe. Oh, right, from Muslims and foreigners. #LasVegasShooting

What has Englehart’s knickers all knotted is the shooting in Las Vegas last Sunday, which has so far claimed 59 lives. Actually, his pique, like that of so many liberals, is less over the death toll than it is over what they believe to be the cause of the massacre: the Second Amendment, which Englehart would like to see repealed:

The problem with Englehart’s solution and with the entire gun control movement is that changing the laws won’t lessen the violence. From The Washington Post:

[M]y colleagues and I at FiveThirtyEight spent three months analyzing all 33,000 lives ended by guns each year in the United States, and I wound up frustrated in a whole new way. We looked at what interventions might have saved those people, and the case for the policies I’d lobbied for crumbled when I examined the evidence. The best ideas left standing were narrowly tailored interventions to protect subtypes of potential victims, not broad attempts to limit the lethality of guns.

I researched the strictly tightened gun laws in Britain and Australia and concluded that they didn’t prove much about what America’s policy should be. Neither nation experienced drops in mass shootings or other gun related-crime that could be attributed to their buybacks and bans. Mass shootings were too rare in Australia for their absence after the buyback program to be clear evidence of progress.

Conservatives could have told the author, Leah Libresco, and has been telling the Left for years that gun control is not the answer. The experience of European countries with much more stringent gun laws have borne this out:

Countries such as France may have made all semi-automatic guns illegal, but that hasn’t stopped killers from getting fully automatic machine guns to use in mass shooting attacks. All four of the 2015 mass public shooting in France involved machine guns, including the 130 people killed in November of that year in multiple attacks including one at a concert venue.

In the 1970s, 80s and 90s, Europe saw machine gun attacks in airports and nightclubs by groups such as Black September and the Red Army Faction. In fact, machine guns are commonly used in mass shootings in the rest of the world. 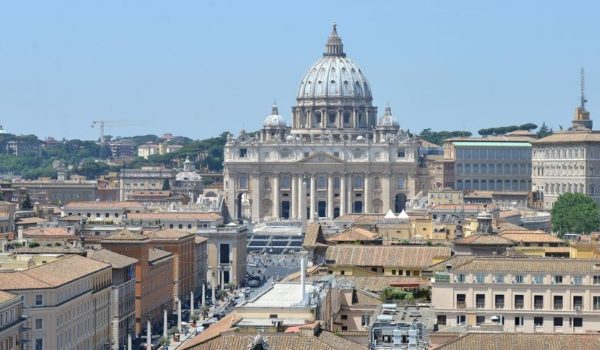