The College of William & Mary students associated with Black Lives Matter shut down a campus event on free speech last week, as they declared that liberalism is “white supremacy.”

The American Civil Liberties Union (ACLU) sponsored an event on the William and Mary campus to talk to students about the First Amendment with another organization, reports Flat Hat News.

Students prevented Claire Guthrie Gastañaga, the ACLU’s Virginia executive director, from speaking as they began chanting almost five minutes into her talk. Gastañaga tried to adapt to the situation, but students kept shouting chants like “the oppressed are not impressed,” “shame, shame, shame, shame,” and “liberalism is white supremacy.”

The students also held up banners reading “Blood on your hands” and “No dialogue with white supremacy.” The crux of the students’ complaints was that the ACLU had reportedly helped white supremacists air their views after the Charlottesville, Va. riots. The ACLU argued previously that white supremacists have the right to free speech as well.

“When is the free speech of the oppressed protected?” a Black Lives Matter representative with the group said. “We know from personal experience that rights granted to wealthy, white, cis, male, straight bodies do not trickle down to marginalized groups. We face greater barriers and consequences for speaking.”

The event was canceled after 30 minutes because of the protesters. The college’s Black Lives Matter chapter later credited itself for being the ones to shut down the event on its Facebook page.

The school’s president released a statement on the event, urging students to welcome debate on the campus.

“Silencing certain voices in order to advance the cause of others is not acceptable in our community. This stifles debate and prevents those who’ve come to hear a speaker, our students in particular, from asking questions, often hard questions, and from engaging in debate where the strength of ideas, not the power of shouting, is the currency. William & Mary must be a campus that welcomes difficult conversations, honest debate and civil dialogue,” the letter read.

Former FBI Director James Comey was recently silenced after a group of students gave him the black power fist as he tried to give the keynote speech at Howard University last month. Students also started signing “We Shall Not Be Moved.” 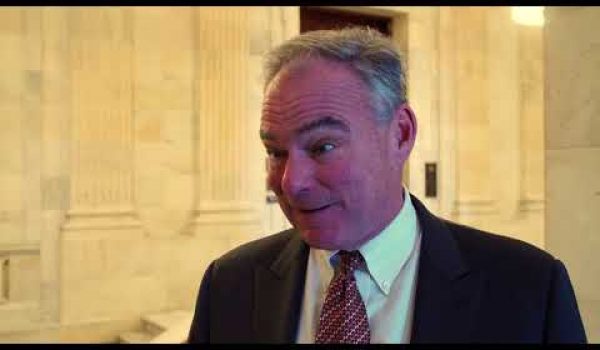