A pair of Republican senators are marketing their bill to legalize the beneficiaries of an executive amnesty program as a tougher alternative to a competing Democratic proposal, but immigration skeptics say the bills are hardly different in substance.

Known as the “Succeed Act,” the GOP bill would give legal status to younger illegal immigrants covered under the now-cancelled Deferred Action for Childhood Arrivals (DACA) program. It requires applicants to meet strict education or work requirements to be eligible for a green card and lays out a 15-year path to citizenship — 10 years in a conditional status period and then at least five years as a legal permanent resident.

Co-sponsors Thom Tillis of North Carolina and James Lankford of Oklahoma have touted the bill as a “conservative” version to the Dream Act, which is backed backed by leading Democrats. Immigration hawks, on the other hand, call it an amnesty in disguise.

“It is agreeing to an amnesty, without the U.S. gaining anything. It’s not moderating immigration in any way,” Jessica Vaughan, director of policy studies for the Center for Immigration Studies, told The Daily Caller News Foundation.

Vaughan says the main problem with the Tillis-Lankford proposal is that it does not preclude additional immigration by Dreamers’ family members. That process, known as chain migration, occurs when a new green card holder or naturalized citizen sponsors his relatives for an immigrant visa. After those family members arrive in the U.S., they also become eligible to sponsor other relatives, touching off a chain of theoretically unlimited family-based immigration.

The Succeed Act does prevent applicants from sponsoring their relatives while they go through the 15-year naturalization process. However, once they become American citizens, the amnestied immigrants will be able to petition for family members to come to the U.S. as well.

Immigration skeptics say the Succeed Act could open the door to a wave of chain migration that greatly exceeds the the size of the current DACA population of roughly 790,000. The Federation for American Immigration Reform (FAIR) estimates that the bill would offer a path to citizenship for as many as 2.5 million illegal immigrants. Even if only half of that number eventually attain citizenship, the subsequent wave of chain migration would be substantial.

That’s because over the last 35 years, chain migration has largely surpassed new immigration by what are known as “initiating immigrants,” or the first in their families to settle permanently in America. Of the 33 million legal immigrants admitted to the U.S. from 1981 to 2016, about 20 million — or 61% — were chain migration immigrants, according to a report written by Vaughan.

As Vaughan notes, the Succeed Act doesn’t address the larger question of family-based immigration. Its limits on chain migration only apply to the Dreamer population, and only while they are in conditional status.

“It’s an end to with no mitigating or balancing provisions,” Vaughan said. “All that this bill responds to is talking points it doesn’t actually address any of the problems in our immigration system.”

Vaughan said she was concerned that the Succeed Act would also lead to a “new wave” of illegal immigration by people looking to “take advantage of the amnesties,” which she said have become a recurring feature of the U.S. immigration policy.

“If it fails on the political merit, and it is too weak on legal immigration reform provisions, that makes it of no use to people who believe that our legal immigration system needs to be reined in,” she said.

A spokesman from Lankford’s office disputed Vaughn’s assessment of the Succeed Act, telling TheDCNF that the senator opposes chain migration:

As Lankford’s office noted, the Succeed Act would establish a longer timeline for citizenship than the Dream Act’s 13-year process. It also covers fewer people than the Dream Act, which could give amnesty up to 3.3 million illegal immigrants, according to FAIR.

But CIS, FAIR and other advocates for less immigration say the the two bills are more alike than different. Absent deeper changes to chain migration laws, both the Succeed Act and the Dream Act will lead to multiple wave of immigration far beyond the initial amnesty, Vaughan explained:

It’s like, ‘Oh, we’ll make them be merit based.’ But when you look at the requirements, it’s have they been in the military, which only a few people with DACA ever have been, or have they graduated school, or are they employed, it looks like an amnesty without any offsetting provisions that would mitigate the effect of it.

And that’s not conservative. All of this is just more immigration.

This report, by Henry Rodgers and Will Racke, was cross posted by arrangement with the Daily Caller News Foundation. 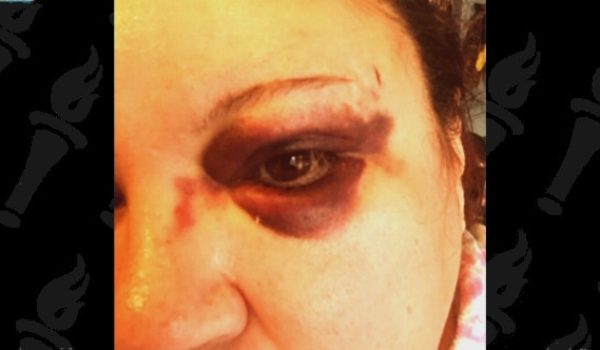 When it comes to burying the lede in a story, CBS achieves a new low
Next Post
New Confederate monument unveiled, dedicated on private land near Aiken, S.C.