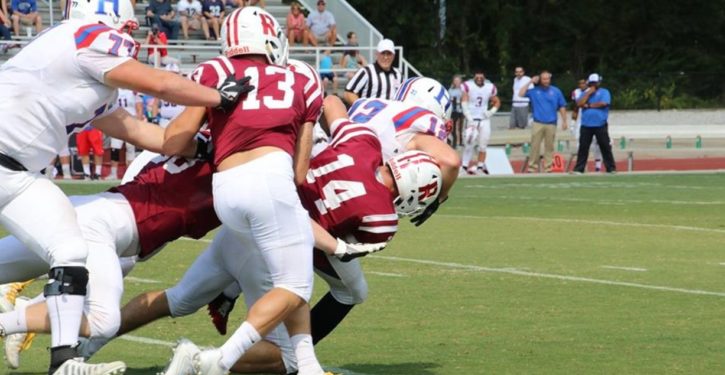 Well, who knew we’d be meeting again under these exigent circumstances after only one week?  Now the Packers are asking fans to make like a slave army and lock arms during the national anthem, instead of standing tall and saluting their country like free men and women.

We’ll be leaving the NFL to its own devices, here at the Football Follies, until it sorts these unsightly personal issues out.  January and early February may be a little dark and cold, but we’ll cross that bridge when we come to it.

The Big 12 kicks off our weekend this evening with Texas (-4) at Iowa State, neither of which is as bad this year as predicted.  So, you know, take that for action according to your tastes.

The University of Tulsa Golden Hurricane, which beat Notre Dame 28-27 on 30 October 2010, has slipped to 1-3 with the rather embarrassing loss to New Mexico, and isn’t likely to get healthy hosting American opponent Navy on Saturday.  We always love the Tulsa-Navy matchup, and love Tulsa on principle (dance-troupe tackling and all), but have to go with the oddsquad on this one, which has the Mids giving 8.  Sigh.  Roar, Hurricane, roar!

#3 Oklahoma has the week off, and could really stand to use it growing the corners by about 3 inches each.

Oklahoma State, spontaneously descending to #15, is no longer the sportsbabbler flavor of the week.  The Pokes tread dangerously again with an outing to Texas Tech, which has been edging moderate-quality opponents with the Air Morris (The Elf) offense and a D that basically keeps up with it just enough.  Okie-Pokes give 9.5 in Lubbock.

Army hosts UTEP (which we are sorry to say lost the Silver Spade to NM State last week), giving 24.5.  We’re not sure UTEP can cover.

Air Force is 1-2 coming off the heartbreaker loss to new #19 San Diego State, and heads to Albuquerque where MWC foe New Mexico is favored by 1.

New #12 Virginia Tech is edging up slowly, but probably won’t get a boost from hosting #2 Clemson in the marquee slot Saturday evening.  Still, it should be a whale of an ACC game (preview of the conference championship?) if VT can cut out the gratuitous self-sabotage.  Clemson comes in with a 7-point give, and we’d sure love to be in Lane Stadium on a crisp, clear, 60-ish Saturday night.  Go Hokies!

Nevada may be 0-4, but that won’t keep them from making the trip down I-80 and CA-99 to Fresno State on Saturday.  The 1-2 Bulldogs are kind of festooned with crumbs themselves these days, their sole win having come over Incarnate Word (San Antonio) in week 1.  Nevada’s a 10-point wolf-puppy, but we’re confident they’re going to surprise us one of these weekends.  This is as likely to be the one as any of them.

LSU is hanging in there at #25 after the win over Syracuse, and will host 3-1 Troy on Saturday.  Other than the obvious concerns about the offensive stumbles (which they at least keep varied and interesting), we note with awe that LSU now has a 240-pound starting punter in Zach Von Rosenberg.  He’s also 27 and pitched for the Pittsburgh Pirates before being let go in 2014, and returning to school at LSU.  He was groomed for tight end as a walk-on, but has settled in more productively behind the long snap.  At 6’5” that’s one big boy booting the pigskin.

Kansas State comes back from the bye week to host Baylor, which will arrive full of frisk from its exciting near miss with Oklahoma.  K-State gives 16.5, but I would not despise this one for excitement potential.  We’ll see if the Wildcats’ young and hungry defensive backfield can keep up with the Bear receivers on the long ball better than OU’s did.

New #9 TCU rests on its laurels this week, warming up for West Virginia, pride of the Big 12, on 7 October.

Toledo, after a credible if ultimately unsuccessful outing at #14 Miami (Da U), is also taking the week off.

#4 Penn State barely pulled it out at Iowa, and could use a big win over Indiana (+18.5) in Beaver Stadium, to keep that Top 5 cred going down the stretch.

#5 USC will give #16 Washington State its first real test of the season in Pullman on Friday night.  For the PAC-12 this is a big one, probably second only to the USC-Washington title game that looks at the moment to be shaping up.  Trojans are giving 3.5.

Fresh spanking new #7 Georgia (-7) will be at Tennessee for the creatively named Georgia-Tennessee rivalry match.

#8 Michigan has the week off to prepare for the grudge match with Michigan State on the 7th.

How weird is it to not mention #11 Ohio State in the premier-access portion of our coverage?  The Buckeyes will be at Rutgers, giving 30.5 and beating the pants off the Scarlet Commies, whose student body’s disrespectful antics toward visiting service academy teams will never be forgotten.

In an emergency programming note, Memphis and UCF (-4) will meet in Orlando this weekend, instead of the previously scheduled Memphis-Georgia State and Maine (FCS)-UCF match-ups.  The resked is needed to make up for the cancellation of the original Memphis-UCF match due to Irma in week 2.  (Both teams are in the AAC, which needs their match to stay on track.)  We’re not so sure about that -4 for UCF.  Memphis has got chops.  This one could go either way.

Not a lot of Storied Rivalry or pack-breaking action this week.  #24 Mississippi State at #13 Auburn promises to be fun, and we figure dedicated aficionados of interesting conference matches wouldn’t be wasting their time with Iowa at Michigan State, or Cal at Oregon (the latter having the higher voodoo quotient this year).

The opportunities for random nutty opponentry are thinning with a maturing season; in cross-ranks matches this week we’re down to Murray State (FCS, Ohio Valley) at #17 Louisville, and that one actually makes sense as a Kentucky in-state meet.

But we do note that Rice is visiting Pitt, for some reason, and we salute this one for the randomness prize in week 5.  The teams haven’t played since 1951, when Rice knocked off the Panthers.  Naturally, Pitt gives 20 this time around.

In FCS, McNeese State has scrambled back to #25 in the Coaches’ poll after the win over Houston Baptist (in a serious downpour) last week.  The Cowboys travel to Nacogdoches to play Southland opponent Stephen F. Austin on Saturday.  The Lumberjacks are 2-2 and middling-good; 70 and cloudy for the 6 PM kickoff.  We’re not expecting a rain of terror this time.

In Div II, Slippery Rock is kicking butt and taking names at #18 in the Div II rankings.  That said, this is reckoning week with #5 California (PA) visiting for a major PSAC showdown.  One of them will come out of it with a loss-column entry.  Serious fall action weather-wise: 50s and dropping for the 6 PM game start in Slippery Rock.

In Div III, Rose-Hulman, 3-1, heads to Anderson U. (IN), alma mater of Steven Curtis Chapman and Sandi Patty, for a Heartland meet.  The Ravens are 1-3 and we’re feeling pretty good about RHIT’s prospects.  A lovely, sunny 70 for the 1:30 PM kickoff.

Christopher Newport, 3-1 after the win over Montclair State, hosts Rowan U. (Glassboro, NJ) Saturday night for another NJAC contest.  CNU and Rowan, also 3-1, are third and fourth respectively in the conference standings.  It’s likely to be another tight game.  Clear and upper 60s at 6 PM in Pomoco Stadium.

The U.S. Merchant Marine Academy, now 2-1, hosts conference opponent MIT (yes, that MIT – not the Turkish intelligence agency) on Saturday afternoon in Kings Point.  MIT comes in 3-1 and on a tear; the Mariners face a stiff challenge in this one.  We’re sure you knew that Dolph Lundgren, James Woods, and Benjamin Netanyahu are all MIT alums – but did you also know eugenicist Margaret Sanger was one too?  Huh.

Mid-60s with stray clouds for the noon game start.

We received a popular request for updates on the Legends Football League after LU contributor Cade Pelerine posted on its announced policy of standing, thank you very much, for the national anthem.

We regret to report that the Legends Cup has already been decided for 2017, in the bowl game that took place on 3 September.  (Considering the style of sports apparel in the LFL, the need to play during the spring and summer months is rather obvious.)

The Seattle Mist defeated the Atlanta Steam 38-28 in Citizens Business Bank Arena in Ontario, CA.  We, personally, had insufficient situational awareness and did not realize this was happening at the time.  But the game footage can be viewed on YouTube here.

We understand our requesting correspondent is willing to travel to cover the LFL contests, and hope he will keep us updated in 2018. 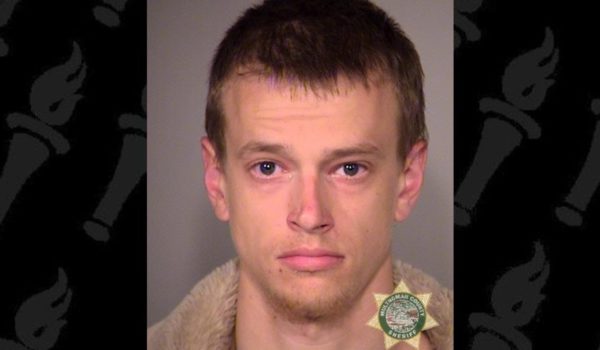