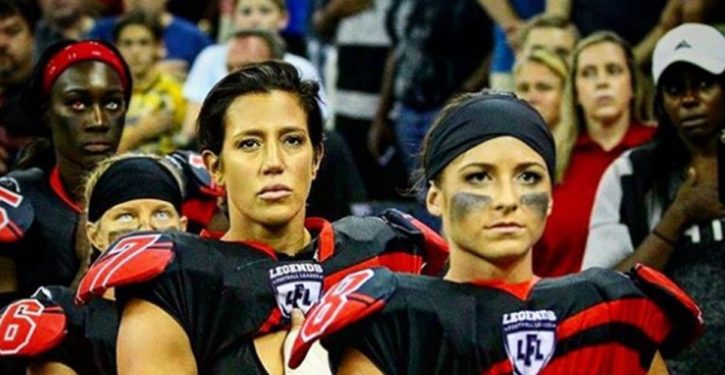 It may get a little harder for the NFL to continue justifying its sort of sideways pro-kneeling policy.

Besides the blowback from fans and the sharp criticism from President Trump, the NFL is now being shown up by the women’s “lingerie football league.”

The women’s league changed its name a few years ago to the Legends Football League, but it still plays in bikini-style uniforms (along with helmets and pads).  And it announced this week that its league policy would be standing for the national anthem, period.

The Washington Free Beacon quotes the LFL (video below):

In a video announcing the league’s continued support for the national anthem, the LFL pledged to “stand in salute” of the flag.

“It symbolizes all the blood, sweat, and tears that have been shed so that we as Americans can raise our flag across our nation,” the organization says during the video. “The LFL salutes all those who make this the greatest country in the world.”

“We stand in salute of our flag.”

The LFL recognizes everyone’s First Amendment right to protest, but our nation’s flag and anthem are far too sacred. Too many fellow Americans have made the ultimate sacrifice, so that our flag and anthem continue in all its majesty.

For the LFL players, this respect for America’s unifying symbols doesn’t come from being rich or famous (or much respected, for that matter).  A VICE profile of the league in 2014 reported that the players are actually unpaid, and don’t have health insurance to deal with their injuries.  (Their travel and accommodations are paid for, and the ones interviewed by VICE said the draw for them was the chance to travel and compete.)

VICE’s reporter bemoaned the LFL’s player conditions, quoting a former player on what it’s like:

Barrera, who lives in Corpus Christi, Texas, and is the first female sports anchor in south Texas on KZ Action 10 News, compares LFL to “being in a bad relationship.”

“You love your significant other even though you know you deserve to be treated better,” she says. “You think: ‘Oh, I’ll stay and things just have to get better,’ but eventually you just have to say: ‘No this isn’t right.'”

Which seems a little self-imposed, if the players keep showing up to try out and play in the games.  (You can watch them at the LFL YouTube channel.)

But these ladies managed to get it right on standing respectfully for the flag and the national anthem.  What’s the NFL’s excuse? 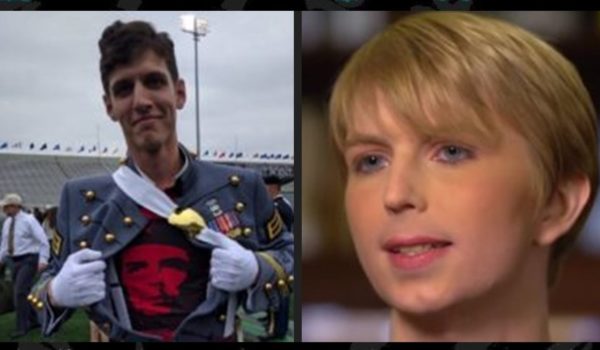