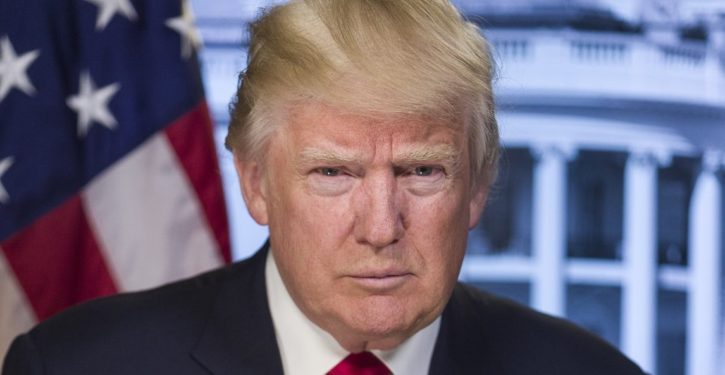 No sensible person would argue for Trump continuing to certify Iran’s performance under the JCPOA, after the disclosure made this week by Yukiya Amano, director of the IAEA.

According to Reuters, diplomatic sources have said that Russia is discouraging IAEA from attempting to monitor Iran’s performance in nuclear warhead development.  And Amano – as odd as it may sound, at this late date – says that his agency needs more clarity on what it should be looking for in that regard, as well as whether IAEA is empowered to look for it.

[W]hile Nikki Haley, U.S. Ambassador to the United Nations, has infuriated Tehran by saying the IAEA should widen its inspections to include military sites, diplomats say Russia has been trying to restrict the agency’s role by arguing it has no authority to police a broadly worded section of the deal.

That section bans “activities which could contribute to the development of a nuclear explosive device”. It lists examples such as using computer models that simulate a nuclear bomb, or designing multi-point, explosive detonation systems.

Unlike many other parts of the deal, the provision, known as Section T, makes no mention of the IAEA or specifics of how it will be verified. Russia says that means the IAEA has no authority over it. Western powers and the agency disagree.

So we can already see from this that the JCPOA is a badly negotiated “deal.”  The parties to it disagree on a very basic point regarding what its terms are.  That’s a bad deal, in any context.

“Our tools are limited,” Amano told Reuters when asked if his agency had the means to verify Section T.

“In other sections, for example, Iran has committed to submit declarations, place their activities under safeguards or ensure access by us. But in Section T I don’t see any (such commitment).”

Amano said he hoped the parties to the agreement would discuss the issue in the Joint Commission, a forum created by the deal, adding that even a clearer definition of terms such as the technology referred to would be an improvement.

“More clarification would be helpful … Russia has a different view. They believe that it is not the mandate of the IAEA. Others have different views and discussions are ongoing.”

So, to be clear, there is no resolution to how or whether one of the three program elements of a nuclear weapons capability will be monitored under the JCPOA.

The elements are fissile material – the enriched uranium, which IAEA is monitoring, to some extent; a delivery device, such as a missile; and a performing warhead.  For nearly a decade, the third element has been the most critical of the three for tracking and interdiction, because Iran has already mastered the other two.  (Iran can indisputably deliver a nuclear-capable intermediate-range missile, with enough range to attack much of Europe, the Middle East, and South/Central Asia.  An ICBM capability is still thought to be unattained, as yet.)

Meanwhile, the point of the JCPOA, as far as the United States is concerned, is to prevent Iran from acquiring a nuclear weapon.  It’s not just to monitor what Iran is doing at a non-comprehensive list of facilities.

Yet now, more than two years after the agreement was signed, we are hearing that Russia, a major party, doesn’t want to use IAEA’s role in the “deal” for that particular prevention, and that in any case, IAEA doesn’t know how to.

Here, for completeness, is Section T’s list of prohibited, warhead-related activities in the JCPOA:

T. ACTIVITIES WHICH COULD CONTRIBUTE TO THE DESIGN AND DEVELOPMENT OF A NUCLEAR EXPLOSIVE DEVICE

82. Iran will not engage in the following activities which could contribute to the development of a nuclear explosive device:

82.2. Designing, developing, fabricating, acquiring, or using multi-point explosive detonation systems suitable for a nuclear explosive device, unless approved by the Joint Commission for non-nuclear purposes and subject to monitoring.

82.3. Designing, developing, fabricating, acquiring, or using explosive diagnostic systems (streak cameras, framing cameras and flash x-ray cameras) suitable for the development of a nuclear explosive device, unless approved by the Joint Commission for non-nuclear purposes and subject to monitoring.

Let’s set aside the seeming speciousness of Mr. Amano’s request for a definition of terms, at this lengthy remove from July 2015.  (Prior to the JCPOA, IAEA was prodding Iran for answers on the matter of what it called “possible military dimensions” of the nuclear program – a category of activities that largely matches the Section T list.  It is by no means the case that IAEA is working from ignorance on this topic.  IAEA worked with member-state intelligence agencies and international experts to shape its queries to Iran, and discuss methods of verification.  In the bigger picture, however: this wasn’t all ironed out back in 2015?)

One obvious question, of course, is whether nothing at all has been done about monitoring Section T activities since the implementation date of 16 January 2016.  We probably know the answer, but let’s set that aside too.

A time to move

The point I want to emphasize is that this request from Amano is what President Trump needs, to (a) decline to certify Iran’s performance to Congress, and (b) immediately – in effect – begin renegotiating the JCPOA.

He need not call it “renegotiation,” and indeed is welcome to emphatically repudiate my wording.  But Amano’s stated confusion is a valid reason, not just a convenient pretext, for promptly – formally – demanding what we should have demanded all along: better, more truly effective performance from the JCPOA.

There is a dispute resolution process outlined in the JCPOA, summarized here:

To put teeth into this process, Trump should decline certification of Iran’s and the JCPOA’s performance in his report to Congress, and inform the Joint Commission of the JCPOA that the dispute over Section T is an insuperable obstacle to any further certification.

If it is not resolved – and Trump can propose a deadline for that – the U.S. commitment to the JCPOA will expire.  In the interim, certification has been revoked, and measures will begin for reimposing U.S. sanctions, and bringing back international sanctions, unless there is a satisfactory resolution by the U.S. deadline.

I’m sure Trump will want to talk to Russia and the other JCPOA parties through back channels first.  The State Department would undoubtedly want to soft-pedal this effort rather than putting it overtly in the terms of warnings and deadlines (at least initially).  But if it isn’t clearly a warning with teeth in it, the other JCPOA parties will try to just keep stringing everything along.

So Trump must refuse to certify at the next wicket (on 15 October).

Many readers (like Michael Ledeen’s) understand that the entire premise of the JCPOA is basically OBE – overtaken by events – given North Korea’s now consistent success with detonating nuclear warheads, and very worrisome progress toward mating them with missiles.  If North Korea can do it, it’s highly likely that Iran can too (see here, here, and here for additional commentary) .

The time to a breakout for Iran could be as little as 2-3 months at this point, with much of the work done outside of any facilities or lines of effort that IAEA actually monitors — even if it’s done in Iran.  Iran doesn’t necessarily have to resume large-scale uranium conversion or enrichment in the buildings IAEA has access to at Esfahan or Natanz.  We do not have definitive insight into what capabilities are resident in the underground chambers excavated at both sites in the 2000s.  And those aren’t Iran’s only suspect, uninspected locations.  It’s possible that Iran can break out while IAEA is monitoring the known, accessible facilities.

But those considerations clarify the urgency of the problem, not necessarily what to do about it.  The first step in adjusting our security policy to fit reality is to decertify Iran’s performance under the JCPOA, and begin pursuing the dispute resolution course.

If there is currently no way to monitor Iran’s performance on Section T indicators, decertification should be a no-brainer.  It’s not a matter of whether Iran is complying on a core element of nuclear weaponization or not – it’s a surreal matter of the other parties and the UN agency not agreeing on what to look for, or even whether to look for it.

Demand for corpse transportation skyrockets with opioid epidemic
Next Post
Lingerie football league: We stand for the anthem 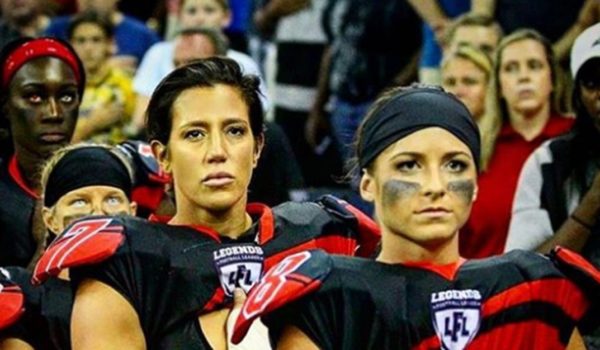