GOP Rep. Trent Franks of Arizona introduced a resolution in the U.S. House on Monday evening to communicate Congress’s support for a Kurdish state, which would run against Turkey’s wishes for the region.

Franks, a member of the House Committee on Armed Services and known for his support of Kurdish nationalism, introduced the resolution Monday evening following a Kurdish referendum for independence.

While the final vote won’t be tallied until Tuesday, millions of Kurds in northern Iraq are already celebrating in anticipation of a “yes” vote, despite the threat of military action from powers like Iraq, Iran, and Turkey if the referendum is in fact successful.

Iran and Turkey, in particular, worry that the vote will inspire similar political actions from their own Kurdish minorities.

The purpose of Franks’s resolution is to express “the sense of the House of Representatives that the people of the Kurdistan Region of Iraq have the right to determine their status as a sovereign country.”

“Baghdad has failed to secure Kurdish rights and effectively protect the Kurdish people from members of the Islamic State and other violent forces, and as any nation in our international community has the right to self-determination, especially if that people faces existential threats, I feel the United States is obligated to support their bid for independence – if it is in our national interest,” Franks said in a statement.

“After all, when America sought its independence as a sovereign nation, we were supported by sympathetic world leaders. It is now time for the Kurdish people to receive the same blessing.”

The resolution, if passed, would call on the international community, along with the United States, to recognize the Kurdistan Region of Iraq’s right to self-determination.

Support for an independent Kurdistan, however, is politically tendentious. The White House, for one, is concerned that a separate Kurdish state would lead to spiraling ethnic conflict and tear Iraq apart.

Iraqi officials have already made their positions clear: a vote for independence is strictly unconstitutional.

Yonkers (N.Y.) cop shot in the face after being ‘ambushed’ by gunmen
Next Post
Cartoon bonus: Deep State exam 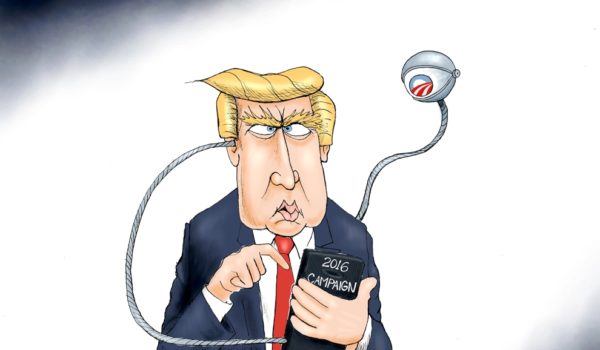