The Washington Post insults its readers’ intelligence. It employs Jennifer Rubin, a supporter of big government and illegal immigration, as its so-called “conservative” blogger. She is known for her venomous, shrill attacks on Republicans. If she is a “conservative,” then by definition the Post views anyone to her right — including moderates and conservatives — as being a right-wing extremist.

The Washington Post’s “Right Turn” blog is described as “Jennifer Rubin’s take from a conservative perspective.” It is the opposite of conservative.

In 2016, she praised people like former State Department official James Glassman for endorsing Hillary Clinton for President, calling him “Distinguished Pol of the Week” for doing so. On November 8, 2016, she called on people to “root for” Hillary Clinton’s success as the “most likely” President. On September 9, she ridiculously claimed that Clinton was a “victim” of former Secretary of State Colin Powell because he did not come to her defense during her email scandal. In 2017, she called the Trump administration’s budget “monstrous” because of its spending cuts.

Rubin has supported other Democrats for President, such as liberal Senator John Kerry in 2004.

She has trashed senators who have sought to repeal Obamacare, or even sought to make it less burdensome or costly. On July 18, she wrote that “it would be cruel and unwise to pull the plug on the Affordable Care Act.” This month, she attacked Senator Bill Cassidy (R-La.), who proposed legislation to soften Obamacare and return some decisionmaking about healthcare to the local level, for supposedly violating the “Jimmy Kimmel” test. (Kimmel is a liberal entertainer). On August 2, she attacked moderate Republican Senator Dean Heller of Nevada for voting for a “‘skinny’ repeal” of Obamacare, considering even that partial repeal of Obamacare too much to bear.

She claims that “ending DACA would be Trump’s most evil act.” DACA is Obama’s 2012 amnesty for hundreds of thousands of illegal immigrants. Republican state attorney generals (and even some Democrats like Mickey Kaus, who voted for Obama) viewed this amnesty as an unconstitutional suspension of the nation’s immigration laws that incentivized further illegal immigration. Obama’s later, broader amnesty called DAPA, which raised similar legal issues to DACA, was declared illegal by a federal appeals court, in a ruling affirmed by an equally divided Supreme Court.

She has trashed moderate Republicans like Ed Gillespie, the GOP candidate for governor of Virginia, claiming he went “off the deep end” for opposing state-financed removal of statues of politically incorrect historical figures — even though polling data shows that Virginia voters agree with Gillespie on this issue (including most independent and moderate voters). She also attacked the 2013 Virginia GOP gubernatorial nominee, Ken Cuccinelli.

In June 2017, she attacked Attorney General Sessions for ending the corrupt Obama-era practice of funneling money from federal settlements to politically-connected left-wing groups.

In short, the Post’s description of Rubin as a “conservative” is false advertising, and is her claim to have a “conservative perspective.” Indeed, the very title of her blog (“Right Turn”) is misleading.

Yet her opinions are distributed around the country in newspapers such as the Richmond Times-Dispatch and the Schenectady Daily Gazette, with the following deeply misleading legend: “Jennifer Rubin writes the Right Turn blog for The Post, offering reported opinion from a conservative perspective.” And when she appears on MSNBC, she is falsely introduced as a “Washington Post conservative columnist.” That description is fraudulent, given her hostility to conservatives and conservative views. 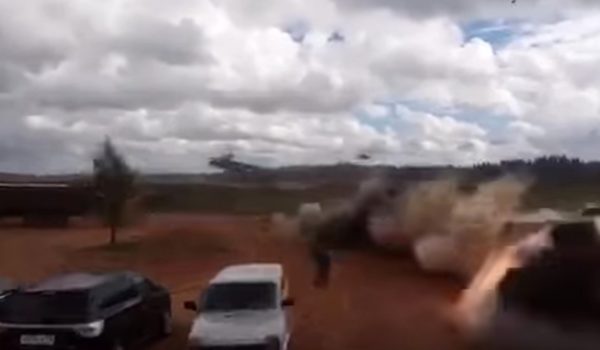