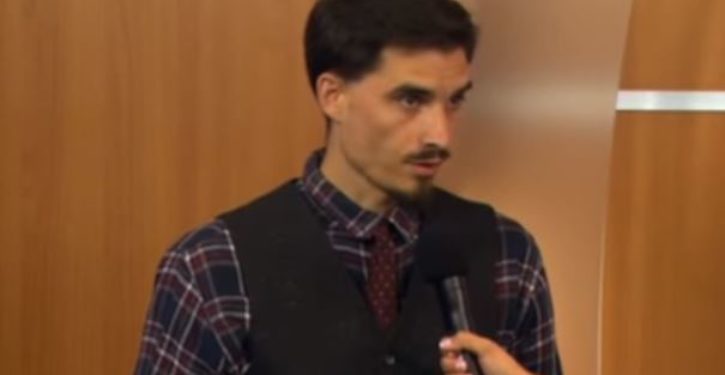 At a town hall event held last week in Pennsylvania, things took a rather chilling turn when a liberal activist read a question many construed as a threat.

Republican Sen. [score]Pat Toomey[/score] was fielding questions when Simon Radecki, an activist with Make the Road Pennsylvania, a pro-illegal immigration organization, stepped up to the mic.

The question Radecki posed was described by the Pittsburgh Post Gazette as “deeply uncomfortable, and some say threatening.” Here’s the question:

We’ve been here for a while, you probably haven’t seen the news. Can you confirm whether or not your daughter Bridget has been kidnapped?

Toomey was momentarily dumbfounded, which was clearly Radecki’s desired effect. He went on with his hypothetical:

The reason I ask is because that’s the reality of families that suffer deportation.

Toomey was able to sputter “That’s a ridiculous question” before police ushered Radecki out of the room.

The exchange was captured on video, though the audio was partly bleeped. Reporters in attendance confirmed the exchange.

Police report that Radecki may now be facing charges of disorderly conduct and disrupting a public meeting.

PBS39 CEO Tim Fallon who was in attendance at the event said, “If you were in the room, it was one of the scariest things that I have ever been a part of. It was perceived as a threat by myself [and] folks I have had interactions with.”

Vic Walczak, legal director of the Pennsylvania chapter of the ACLU, offered legal counsel on behalf of Radecki, saying, “He didn’t disturb the meeting, he was trying to ask a question.”

“We’d love to talk to him,” Walczak announced.

Which is ironic in light of another of Radecki’s Facebook posts, this one railing out against organizations like the ACLU for protecting hate speech, including threats. 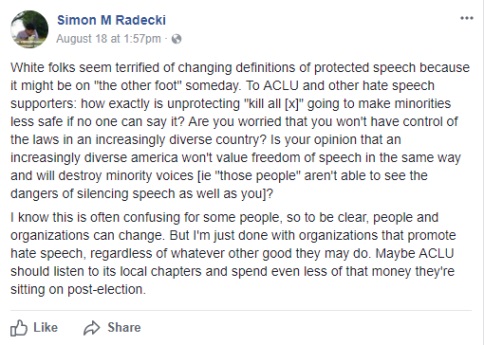 What about those that protect people making threats of abducting an official’s child?

Senator Toomey isn’t the only lawmaker Radecki has been stalking of  late. Some even some to enjoy his company: 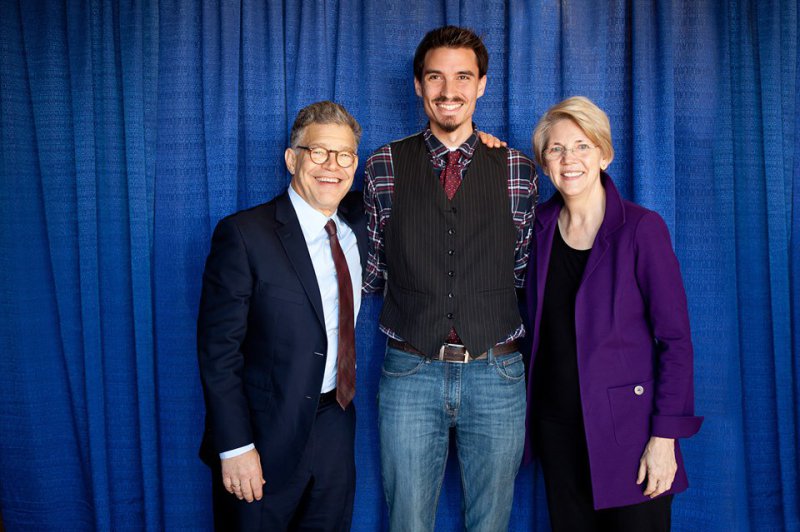 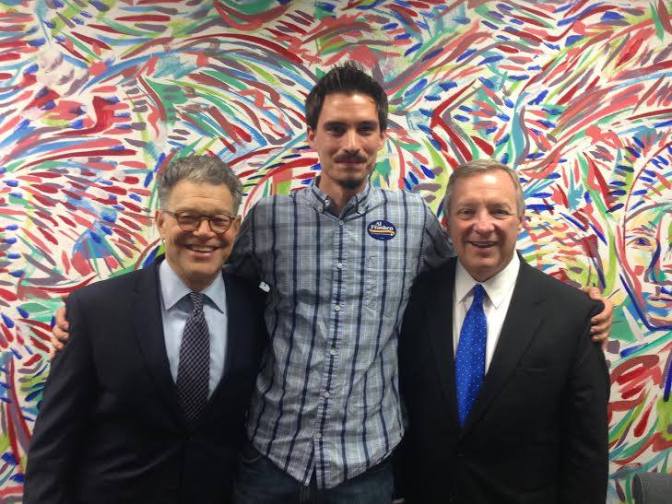 As Radecki’s question, a comment on the NTK Network website captured perfectly the apples-and-oranges nature of the argument:

No doubt the question was borderline obscene. But was it illegal? That remains to be seen. So far the Bethlehem police have refused to say whether charges will be filed. 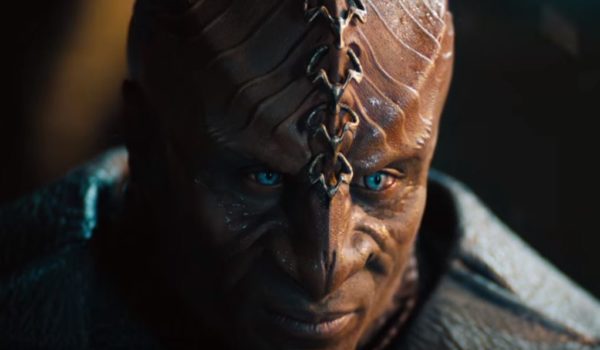