On Tuesday, the White House suspended a burdensome reporting requirement for employers that would have cost them $400 million while yielding information of questionable value. It did so in rejecting changes to the EEO-1 form made at the end of the Obama administration.

The White House Office of Management and Budget stated that the pay collection and reporting requirements “lack practical utility, are unnecessarily burdensome, and do not adequately address privacy and confidentiality issues.” It explained its reasoning in a letter to the Chair of the Equal Employment Opportunity Commission, Victoria Lipnic.

The Obama administration had claimed that rewriting the form to include 3,660 boxes for companies to check or fill out would help identify wage discrimination. But very little of the information it sought would have shed any light on potential wage discrimination. Even demonstrated differences in average pay between members of different groups are legally or statistically significant only when they compare apples to apples and oranges to oranges, by controlling for relevant factors that may explain the difference. (See the federal appeals court decision in Smith v. Virginia Commonwealth University, 84 F.3d 672 (4th Cir. 1996), and relevant language in the Supreme Court’s decisions in Ward’s Cove Packing Co. v. Atonio, 490 U.S. 642, 650-53 (1989) and Richmond v. J.A. Croson Co., 488 U.S. 469, 507 (1989)).

In April 2017, Sens. Lamar Alexander (R-Tenn.) and Pat Roberts (R-Kan.) urged President Trump to rescind the requirements of the Obama administration’s revised EEO-1 form. They observed that it would “place significant paperwork, reporting burdens, and new costs on American businesses, and will result in few jobs created and higher prices for American consumers.” The U.S. Chamber of Commerce estimated that it would take the 61,000 covered employers a total of about 8 million hours and $400 million to complete the new forms mandated by the Obama administration.

Many other federal regulations should also be withdrawn, since they not only cost money, but also harm health or safety. Thus, President Trump’s January 30 executive order requiring “agencies to revoke two regulations for every new rule they want to issue” could potentially be quite beneficial (if it is allowed to go into effect — a challenge to the rule was filed by an environmental pressure group, and is pending before a judge appointed by former President Obama. See Public Citizen, Inc. v. Trump, a lawsuit pending in the District of Columbia as case number 1:17-cv-00253).

For example, revoking ill-conceived regulations could save hundreds of thousands of lives by expanding access to organ transplants, and new drugs and therapies. Currently, there are federal regulations that impede smoking cessation devices needed to reduce the death toll from cigarettes. Other regulations make it harder to fight infectious diseases and control disease-carrying pests. Still other rules cost thousands of lives in developing countries by driving up food prices and shrinking the food supply, which results in an increased death toll due to malnutrition and hunger-related diseases. Other federal restrictions have helped destabilize and impoverish war-torn regions where hunger is already widespread, such as regulations issued pursuant to the 2010 Dodd-Frank Act.

Other nations have gone much further than Trump’s “two-for-one” order, and benefited as a result. As The Hill newspaper notes, “the U.S. isn’t the first country to impose such a restriction on regulators.” For example, for every new rule issued in the United Kingdom, “three existing rules must be eliminated. According to a U.K. government report, that requirement saved businesses £885 million from May 5, 2015 to May 26, 2016, or nearly $1.1 billion based on current conversion rates.” 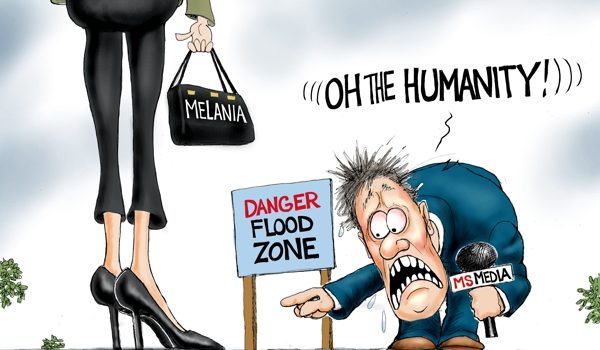