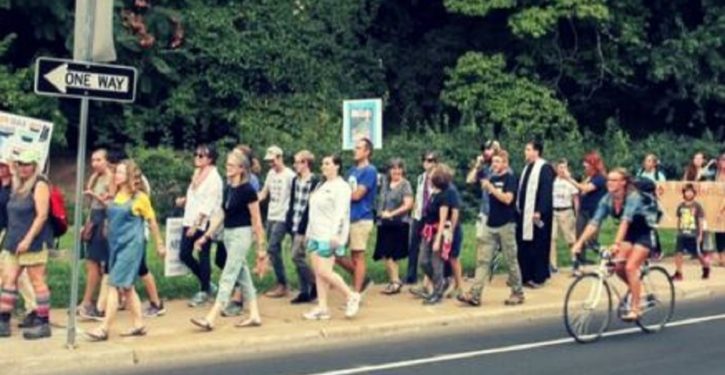 Liberals want you to know they will stop at nothing to stamp out the evils they imagine were wrought on the U.S. by the election of Donald Trump. Living proof of that dedication may be found in the March to D.C. from Charlottesville, Va., which began on Sunday 200 marchers strong.

“Over 200 people came together today to take a stand against bigotry and hate,” march organizers advertised on Twitter. “We’re marching from #Cville2DC. Join us: cville2dc.us.”

Over 200 people came together today to take a stand against bigotry & hate. We're marching from #Cville2DC. Join us: https://t.co/YzEarvvr1D pic.twitter.com/CZ8KXP6jpI

Presumably, the march was intended to prove Lao Tzu’s observation that journey of 1,000 miles begins with a single step. But for this journey of 116 miles, a single step was as far a some marchers appear to have been willing to go.

By Tuesday morning there were only 35 of the stalwarts remaining.

The overnight rains were enough to keep all but “about 35” from marching Monday morning, the day after the pep talk when police escorted the group from Emancipation Park downtown Sunday.

“We have started the day!” the group tweeted shortly after 10:00am. “We have about 35 folks marching against white supremacy.”

We have started the day! We have about 35 folks marching against white supremacy#Cville2DC pic.twitter.com/tXLKQ0s6Mc

Despite the laughable drop-off in enthusiasm, the group still declared a victory, boasting, “Not rain nor sleet nor snow nor hail will stop us from marching from #Cville2DC.

Not rain nor sleet nor snow nor hail will stop us from marching from #CVille2DC pic.twitter.com/SNX2brUn7J

The march was planned as a direct response to the “Unite the Right” rally held earlier this month in which protesters and white supremacists clashed, resulting in 19 injured and one dead in the violence that followed.

“This is the time to confront white supremacy in our government and throughout our history,” the group says on its website about the march. “We demand that President Trump be removed from office for allying himself with this ideology of hate and we demand an agenda that repairs the damage it’s done to our country and its people.”

The group planned out a route that takes the remaining marchers north on U.S.-29, until they reach Interstate 66. They will then make their way to downtown Washington, D.C., where the march will end. The 10-day march will begin at 9:30 a.m. each morning, and “vegetarian, vegan, and gluten-free” meals will be provided.

In addition, the marchers will be provided with housing, and a security detail will follow the group, according to the group’s website.

As you can see from the video, there aren’t quite enough marchers to storm the White House — assuming they reach their destination at all.

This report, by Phillip Stucky, was cross posted by arrangement with the Daily Caller News Foundation. 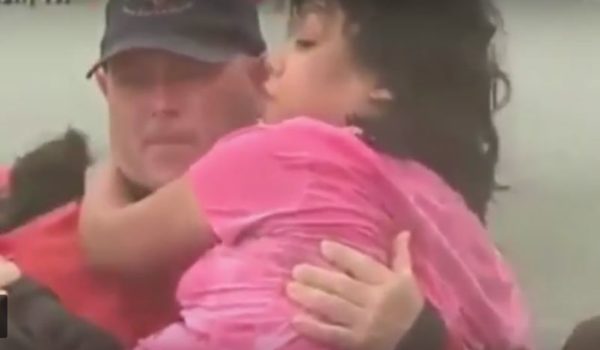