As predicted, Antifa showed up in Phoenix in force last night, and as predicted they brought their F game with them. After the president had finished speaking, they began hurling water bottles and obscenities at police, chanting “police incited violence.” They also descended on Trump supporters, verbally abusing, threatening, and in several cases punching them. (As LU contributor Joe Newby notes at Conservative Firing Line, CNN shamefully reported that the riots were the direct result of the president’s “angry divisive” rhetoric.)

In addition to their standard-issue neckerchiefs over their faces (shades of Wild West desperadoes), some Antifa goons wore protective combat gear. But they were still no match for the police, who ordered them to disperse and — when they refused — responded with tear gas.

The terrorist in the video that follows probably thought he had the system beat by bringing along a gas mask. He soon learned the hard way that he was wrong. When police moved to their second round of deterrents — rubber bullets — this thug learned a painful lesson. Watch:

Direct hit to the nutsack!

Presumably, this anarchist will invest in body armor when what he should really do is stay home and read the Constitution. 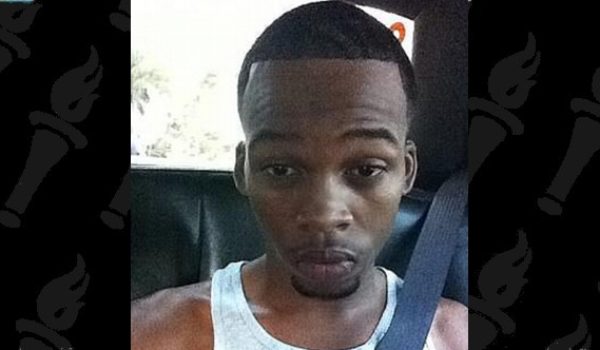