Angry parents gathered Monday night to protest a California teacher that read transgender books to her kindergartners and encouraged a clothes-changing demonstration, saying it was inappropriate to vividly portray transgenderism to such young children.

In an alleged attempt to introduce a diversity of opinion, the Rocklin Academy teacher read the kindergarteners two books on transgenderism and let a student reveal her “true identity” by changing clothes in front of the class. To many parents of the kindergarten students, however, the fact that the school board failed to warn them in advance of the teacher’s intentions was unacceptable.

“These parents feel betrayed by the school district that they were not notified,” said Karen England of the Capitol Resource Institute, according to CBS Sacramento.

“The kindergartners came home very confused, about whether or not you can pick your gender, whether or not they really were a boy or a girl,” England said at the board meeting Monday night.

“I want her to hear from me as a parent what her gender identity means to her and our family,” a meeting attendee said regarding her daughter.

“It’s really about the parents being informed and involved and giving us the choice and rights of what’s being introduced to our kids, and at what age,” said another.

“My daughter came home crying and shaking so afraid she could turn into a boy,” another parent said at the meeting.

A few parents supported the transgender reveal, however, embracing the idea that it’s never too young to start educating children about gender nuances.

“It was so precious to see that he had absolutely no prejudice in his body. My child just went in there and listened to the story, and didn’t relate it to anything malicious, or didn’t question his own body,” one parent said. Seventh grade teacher Kelly Bryson echoed the parents’ support for the trans reveal, and added that banning books sets a dangerous precedent.

“As indicated by Superintendent Robin Stout in a communication last week, staff will be engaging parents and teachers in discussions about how materials outside our curriculum will be addressed in the future,” a school district official said in a statement during the board meeting. 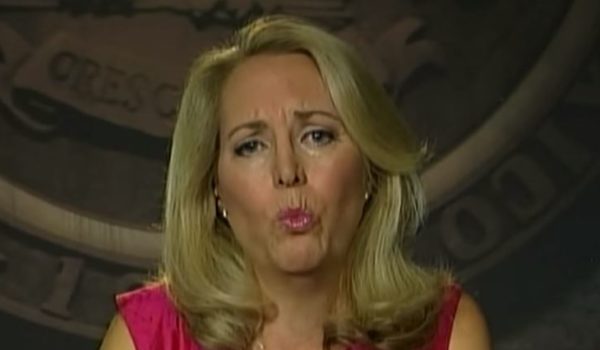