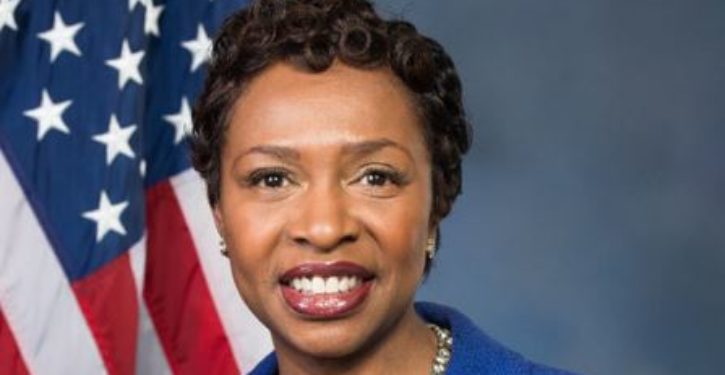 A chief of staff for New York Democratic Rep. [score]Yvette Clarke[/score] quietly agreed in early 2016 to sign away a $120,000 missing electronics problem on behalf of two former IT aides now suspected of stealing equipment from Congress, The Daily Caller News Foundation has learned.

Clarke’s chief of staff effectively dismissed the loss and prevented it from coming up in future audits by signing a form removing the missing equipment from a House-wide tracking system after one of the Awan brothers alerted the office the equipment was gone. The Pakistani-born brothers are now at the center of an FBI investigation over their IT work with dozens of Congressional offices.

A senior House official with knowledge of the situation provided TheDCNF with new details about how exactly the brothers are suspected to have stolen the equipment and possibly data from Congress, raising questions about the members or staffers who were signing the checks on equipment purchases.

The $120,000 figure amounts to about a tenth of the office’s annual budget, or enough to hire four legislative assistants to handle the concerns of constituents in her New York district. Yet when one of the brothers alerted the office to the massive loss, the chief of staff signed a form that quietly reconciled the missing equipment in the office budget, the official told TheDCNF. Abid Awan remained employed by the office for months after the loss of the equipment was flagged.

Separately, the brothers are suspected to have orchestrated a long-running fraud scheme in which the office would purchase equipment in a way that avoided tracking by central House-wide administrators. They’re suspected of working with an employee of CDW Government, Inc. — one of the Hill’s largest technology providers — to alter invoices in order to avoid tracking. The result would be that no one outside the office would notice if the equipment disappeared, and investigators think the goal of the scheme was to remove and sell the equipment outside of Congress.

CDW spokeswoman Kelly Caraher told TheDCNF the company is cooperating with investigators, and has assurance from prosecutors its employees are not targets of the investigation:

CDW and its employees have cooperated fully with investigators and will continue to do so. The prosecutors directing this investigation have informed CDW and its coworkers that they are not subjects or targets of the investigation.

Those fraud schemes are two major parts of the criminal case being built against Imran Awan, his wife Hina Alvi, his two brothers Abid and Jamal, and potentially others into their Capitol Hill IT work. Their work as IT aides gave them full access to all emails and files of dozens of members of Congress, and the law enforcement probe also includes a cybersecurity component.

According to the official who talked to TheDCNF, Clarke’s chief of staff did not alert authorities to the huge sum of missing money when it was brought to the attention of the office around February of 2016. A request to sign away that much lost equipment would have been “way outside any realm of normalcy,” the official said, but the office did not bring it to the attention of authorities until months later when House administrators told the office they were reviewing finances connected to the Awans.

The administrators informed the office that September that they were independently looking into discrepancies surrounding the Awans, including a review of finances connected to the brothers in all the congressional offices that employed them. The House administrators asked Clarke’s then-chief of staff, Wendy Anderson, whether she had noticed any anomalies, and at that time she alerted them to the $120,000 write-off, the official told TheDCNF.

Anderson took over for Shelley Davis as Clarke’s chief of staff in February, the same month one of the Awan brothers requested the massive write-off for the lost equipment. It’s not clear whether it was Davis or Anderson who signed off on the form, but Anderson knew it occurred since she notified House authorities of the write-off when they asked.

LaDavia Drane replaced Anderson as Clarke’s chief of staff in January of 2017, when Anderson left to work for Florida Rep. [score]Val Demings[/score].

Salary records show Abid’s employment with Clarke ended in September, some six months after the discrepancy was acknowledged in the write-off and the same month Clarke’s office learned of the impending financial review. Since assuming office in 2007, the New York Democrat’s IT has been handled by, at various times, Imran, Hina, and most recently Abid.

Imran and his wife Hina were indicted this month for ancillary crimes relating to frantically gathering money to wire to Pakistan and attempting to leave the country, after learning that investigators were looking at the other behaviors. They began liquidating assets in earnest not long after that September call to their employers, real estate records show.

The current charges serve to keep Imran in the country by taking his passport, while the main case is built in earnest. Hina is already in Pakistan with some of the proceeds and could become a fugitive if she misses her arraignment.

The missing equipment tied to Clarke’s office included many iPhones and iPads, the official told TheDCNF. At $800 each, the written-off sum would be enough for 150 items in an office that, according to payroll records, only has 16 employees.

The equipment would have been billed under former chief of staff Davis, who led Clarke’s office from 2010 to February 11, 2016, at which point Anderson took over. The request for the write-off came from the Awans around the time of that staffing change. Drane and Clarke spokeswoman Christine L. Bennett refused to tell TheDCNF which chief signed the form, and why they did not fire Abid at the time or alert authorities.

Members can be personally liable for money or equipment that is lost from their taxpayer-funded office. But the write-off process exists through the House Chief Administrative Officer to square the books in cases of minor, unintentional discrepancies, such as a years-old Blackberry being misplaced.

Clarke’s chief called a House help desk to inquire about the write-off process and was told the forms are submitted routinely, but did not convey the highly unusual scale of the dollar figure, the official said.

The missing $120,000 covers only Clarke’s office. Imran and his relatives worked for more than 40 current House members when they were banned from the House network in February, and have together worked for dozens more in past years. Not all of the offices’ books have been audited for similar patterns.

In addition to the apparent write-off scheme, the family is suspected of funneling money from other congressional offices using the invoicing scheme that authorities believe involved cooperation from within CDW Government Inc.

Equipment purchased by members’ offices is normally tracked closely by central House-wide administrators, but House rules allow micropurchases under $500 to be treated more informally. In offices where the Awans worked, CDW invoices routinely showed high-priced items falsely billed at just under that cutoff point, the official told TheDCNF. The low figure on the high-priced equipment would keep it off the tracking radar of central House authorities. The difference in the actual price was then made up by inflating the cost of a service plan, and the equipment was shipped to Imran’s house, the source said.

A member or high-level staffer with financial responsibility in the office would still have to sign a voucher for each such purchase, however, raising the question of how the office wouldn’t have noticed equipment was being purchased that never actually materialized at the office, and in quantities an office might not plausibly need.

Missing money involving write-offs, like the $120,000 written off by Clarke’s office, would be a concern for authorities in addition to equipment that disappeared following the service-plan maneuvering. The suspected write-off scheme aimed at removing items from tracking inventories, while the suspected service-plan maneuvering aimed at keeping the items from being added to the inventories in the first place.

Davis, Clarke’s prior longtime chief of staff, avoided calls from TheDCNF after learning of the story. Davis previously worked for Democratic Rep. Sheila Jackson Lee of Texas and for Rev. Jesse Jackson’s nonprofit. Public records indicate Davis had money problems. He faced eviction from a Northeast Washington, D.C., apartment in 2011, according to D.C. court records.

Despite earning $160,000 a year on Capitol Hill, Abid simultaneously ran a car dealership in Virginia and filed for bankruptcy in 2010 to discharge hundreds of thousands in debts. Court records show the dealership took $100,000 from an Iranian who also served as a politician in Iraq and who is wanted by the Department of Justice. Abid’s business partner testified that the dealership’s financial books were inscrutable.

Clarke, who represents Brooklyn, appeared in these pages recently for her outrage over the Army’s refusal to rename streets named for Confederates on an Army base in her district.

Houston man charged with trying to plant bomb at Confederate statue in local park
Next Post
Cartoon bonus: Total eclipse of the truth 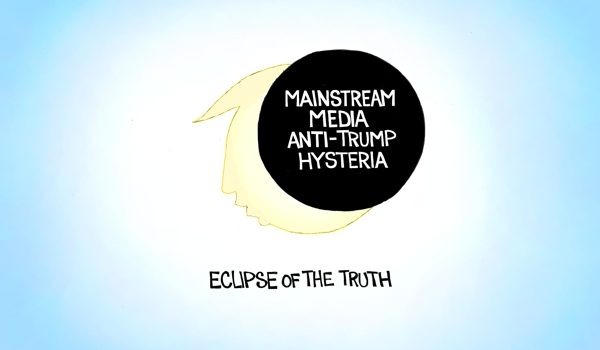