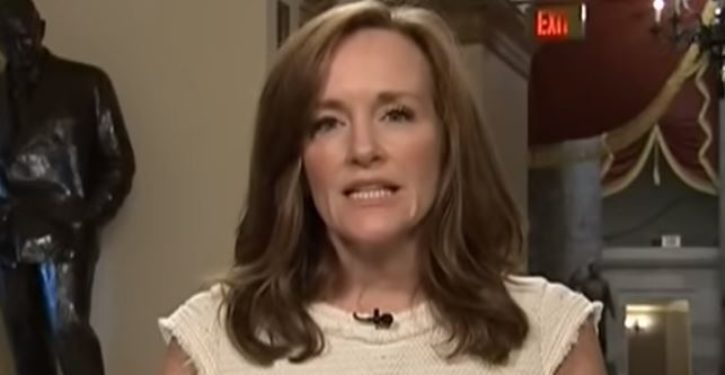 Congresswoman [score]Kathleen Rice[/score] (D-N.Y.) lashed out at the NRA and spokeswoman Dana Loesch, calling them “domestic security threats” in the era of President Trump.

Rice’s comments, though not a direct response, followed a very brief Twitter debate on the Philando Castile case.

Interestingly, had Rice consulted the Constitution and read the Second Amendment, she would have noticed that it specifically mentions that “the right of the people to keep and bear arms” is an absolute necessity for “the security of a free State.”

The NRA heavily promotes that concept, meaning they are in part responsible for keeping “domestic security threats” at bay — not posing them.

In fact, one could argue that anyone whose values are inconsistent with those espoused by the NRA and the Second Amendment is the real domestic security threat.

Loesch, never one to back down from a good fight over her beliefs, blasted Rice for the incendiary comment.

Wow. This is an elected government official. https://t.co/lLtPITTBPc

Hi Congresswoman, can you explain why you say I and millions of members are “domestic security threats?” Thank you. https://t.co/lLtPITTBPc

Thus far, Rice has chosen to remain silent on why she equated millions of law abiding Second Amendment supporters to domestic terrorists.

Perhaps she missed the news when James Hodgkinson went on a mass assassination rampage in Alexandria, Va. Or even just this week when an anti-Trump leftist shot and killed a GOP official in Pennsylvania. She may want to look within her own party’s fanatics before she starts pointing fingers at NRA members.

Rice is the victim of a Second Amendment counter-culture in New York state, where ultraliberals like Gov. Andrew Cuomo have done everything in their power to cast guns in an evil light. They enacted the SAFE Act in 2013 in the middle of the night — without a lawful review of the legislation.

Cuomo boasts that the SAFE Act is the “toughest assault weapons ban in the country.”

An affirmation filed by New York Democrats – including Rice – in opposition to a lawsuit against the SAFE Act reads as follows:

New York’s bans on assault weapons and large- capacity magazines do not implicate Plaintiffs’ Second Amendment rights, because such weapons are not within the scope of Second Amendment protection. In any event, even if they did substantially burden Plaintiffs’ rights, these provisions so clearly satisfy New York’s interests in public safety and crime prevention that they easily survive constitutional scrutiny.

That tells you all you need to know about the mindset of liberals when it comes to the constitutionally protected right to bear arms. “If you rights are infringed … oh well.”

No, the threat to domestic security isn’t the NRA or Dana Loesch … It’s those who fight them. 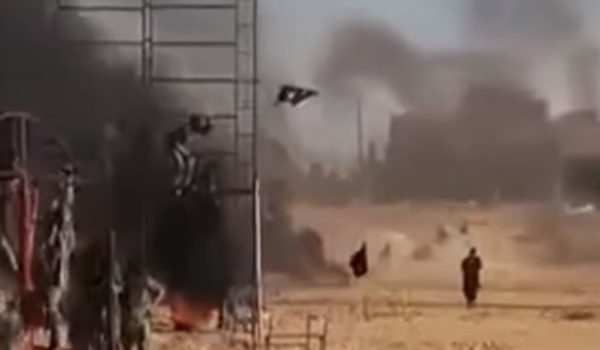