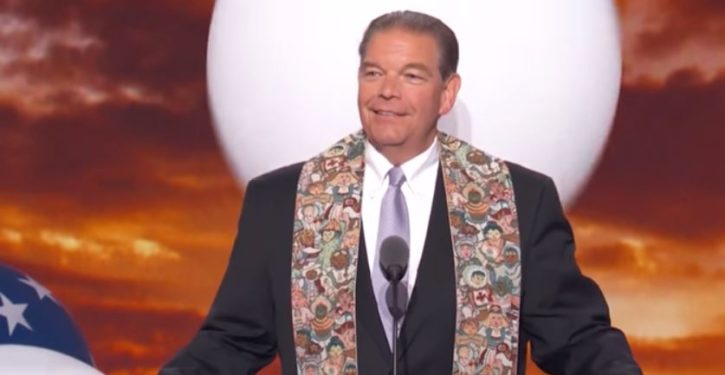 Scratch a Clinton, find a thief.

How surprised are you to learn that Hillary Clinton’s pastor, Bill Shillady, lifted passages verbatim from another minister’s work for his forthcoming book about the daily devotionals he sent her during the 2016 campaign?

Shillady, a Methodist minister, wrote daily devotionals for Clinton throughout her unsuccessful campaign for president with the help of several other ministers who are credited in the new book, CNN reports.

The devotional Shillady sent to Clinton the day after Donald Trump won the 2016 election borrowed liberally from another pastor who was not involved in the Clinton devotion-writing effort. Shillady included that devotional in “Strong For A Moment Like This: The Daily Devotions Of Hillary Rodham Clinton,” a year’s worth of devotions tailored for Clinton as she campaigned for president.

CNN published an excerpt Friday of the devotional Shillady sent to Clinton Nov. 9, the day after the election:

For the disciples and Christ’s followers in the first century, Good Friday represented the day that everything fell apart. All was lost. The momentum and hope of a man claiming to be the Son of God, the Messiah who was supposed to change everything, had been executed.

The devotion bears a striking similarity to a March 2016 blog post by Matt Deuel, a pastor at Mission Point Community Church in Warsaw, Ind., which reads:

For the disciples and Christ followers in the first century, Good Friday represented the day that everything fell apart. All was lost. The momentum and hope of a man, claiming to be the Son of God, the Messiah who was supposed to change everything, had been executed. In his last breaths hanging on the cross, he said it himself, “It is finished.”

Other paragraphs appear to be lifted in part from Deuel’s work. CNN learned of the potential plagiarism when Deuel contacted a reporter to point out the similarities.

Shillady apologized to Deuel Monday and gave an explanation of what happened.

“I do not remember cutting and pasting from a particular column so much as bits and pieces from a variety of places on the Internet,” Shillady told CNN, adding:

I searched for passages that offered perspective of this theme. I am now stunned to realize the similarity between Matt Deuel’s blog sermon and my own. Clearly, portions of my devotional that day incorporate his exact words. I apologize to Matt for not giving him the credit he deserves.

Deuel told CNN in a text message that he spoke with Shillady and accepted his apology. 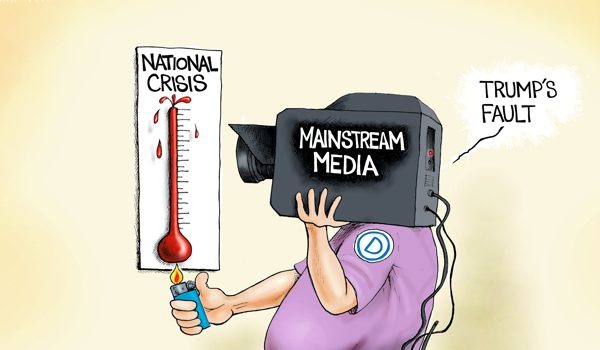 Cartoon of the Day: Hot off the press
Next Post
Is Donald Trump’s new 2020 TV ad a political life preserver? 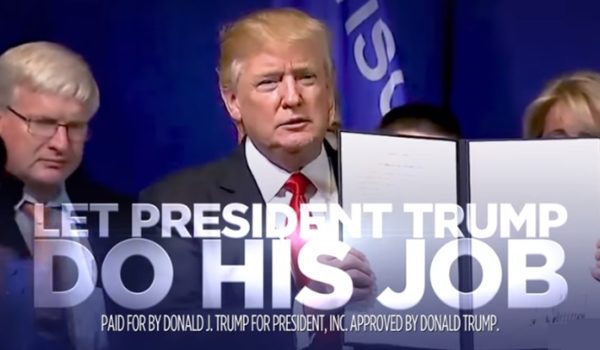