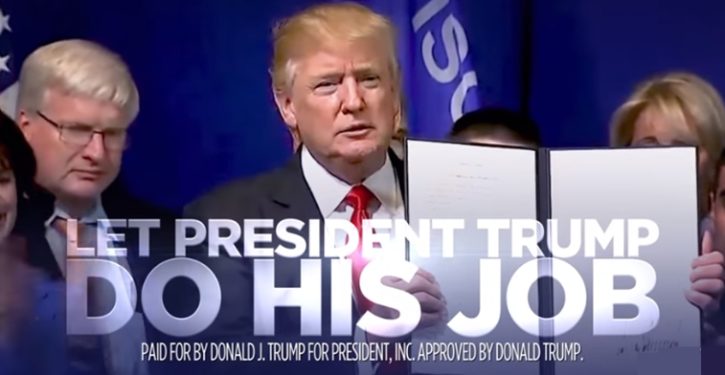 Note: The views expressed herein are solely those of the author and do not necessarily reflect Liberty Unyielding’s editors.

An intriguing fact regarding President Trump’s 2020 re-election campaign commercial released on Sunday, Aug. 13 is that it was Trump’s second such ad and that it came after only seven months in office. The president’s first TV spot from his re-election committee was released on May 1, glorifying his first 100 days in office.

The title of Trump’s new commercial is “Let President Trump Do His Job.”

Particularly fascinating was the timing of Sunday’s ad release one day after Trump’s inartful, controversial, highly criticized response to Saturday’s tragic events in Charlottesville. Trump’s remarks reveal the wisdom of the cliché “You never get a second chance to make a first impression.” But on Monday afternoon the president tried to prove that cliché wrong with his second round of remarks.

Seeking some insight into the timing and content of Trump’s new campaign ad, I turned to an expert on political machinations, Roger Stone — Trump’s long time on-again-off-again ally and defender. Stone told me, “Since Trump has a monolithically hostile mainstream media, using paid media to make a point is pretty clever.” Then Stone added, “The ad is a manifestation of the fact that we now have a permanent campaign.”

Sadly, a permanent presidential campaign necessitates the need for a re-election ad midway through Trump’s first year that “highlights some of the president’s remarkable achievements, exposes the president’s “enemies” and references Americans who are “saying let president Trump do his job,” according to the ad’s press release.

The release states those “remarkable achievements” are:

The TV spot is paid for by Donald J. Trump for President Inc., but the press release mentions no specific media buy other than, “National Ad Buy Planned on Cable TV News and the Internet.” Since its release on Sunday, the ad has aired as “news” on several cable networks, which of course is part of the media plan.

No doubt that the ad’s official media buy will target key states and Trump’s loyal base, comprised, according to poll averages, of 37% of voters who approve of the president’s job performance and love to be reminded of his success.

From what I know of Trump’s base, their support is stuck in concrete. And trust me, they will be quoting from this ad. Trump is blessed to have such loyal, enthusiastic supporters.

Therefore, when the ad is ridiculed in the mainstream media, the message is enhanced, permeating the ears, hearts, and minds of his base. A win-win for Trump!

But the proof of Trump’s crafty “strategery” was the timing of the ad’s release — one day after the Charlottesville violence when the blowback from Trump’s initial, widely panned remarks was at its peak — causing an uproar even among Republican leaders.

Team Trump, releasing the ad on Sunday was like a boomerang life preserver that Trump threw to his base, knowing that the base would throw it back to keep him from drowning during a political storm.

Between the visual images, Trump’s ad says to his “Make America Great Again” red-hat-wearers, “I need your support NOW. Just ignore this latest brouhaha and look at all the great things I am doing.”

The President has been and continues to face opposition and obstructionist tactics from Democrats, deep state federal employees and media critics unlike anything ever seen in my lifetime.

The ad is factual, does not personally attack anyone and gives information that hard-working Americans will not hear from traditional news outlets.

I wholly support the effort.

Feaman’s response is further proof that we are in a permanent presidential campaign where “truthful information” must be disseminated from the president’s re-elect committee or the truth will not be disseminated.

My take away from the timing of Trump’s re-election “life preserver” ad is: “Never, never, never, underestimate Donald Trump no matter what. Repeat. Repeat.:

To the majority of American voters the president may look like he is drowning politically, but never forget that Trump is a “gold medal swimmer” and a clever strategist. 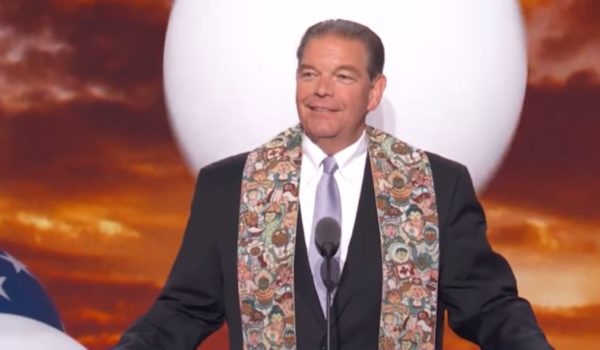