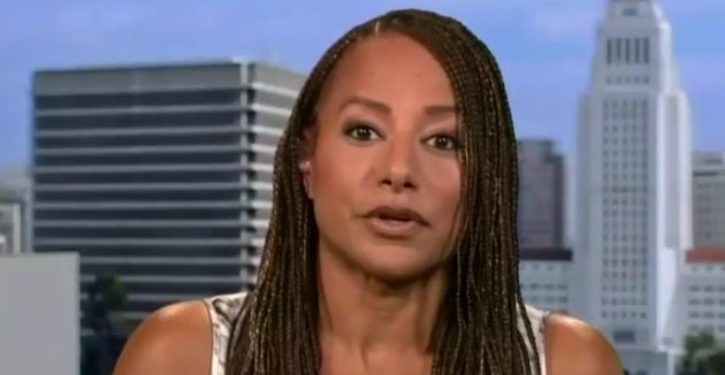 Have you ever wondered what happens to your white male privilege when you “transition” to a woman? Apparently residual amounts of it remain.

She’s out here, you know, in her little hat, flaunting her residual white male privilege. It’s obvious that the 65 years that she spent as a rich, white man is trumping — no pun intended, or all pun intended — the two or three years that she’s spent as a transgender woman because that residual privilege is influencing her obvious support of Trump and his — I have to say, you know  — homophobic agendas.

Heavens! If it’s true that trace amounts of privilege remain in women who were born as men, doesn’t that raise the possibility that a hormonal war may be raging within their bodies? Could that lead them to suffer a “relapse”?

Actually, the idea’s not that far-fetched for Jenner, who back in 2016 said he was experiencing “sex change regret” and might “de-transition.”

In any case, is Barnett’s finger-wagging j’accuse any way to treat the recipient of Glamour magazine’s 2015 Woman of the Year award? I can appreciate that the liberals are short on tolerance, especially for members of the sect who stray from the gospel. But Jenner has been their poster child. Is it so important that fellow libs practice social justice every waking second of every day?

Wait: I think I know the answer to that one.