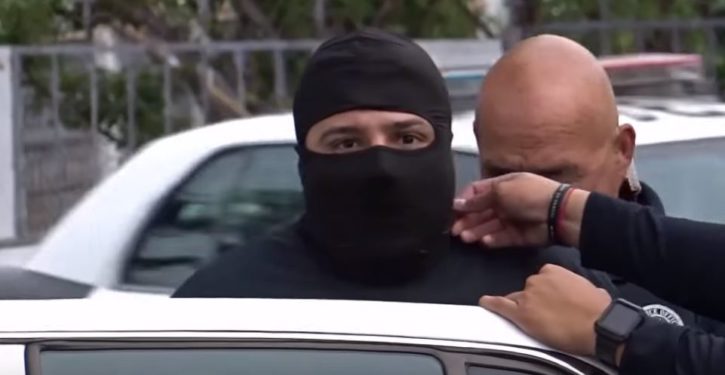 On June 4, there was a confrontation between Trump supporters in Portland, Ore., and Antifa members. Police formed a barrier between the two groups to prevent escalation of an already very intense situation.

The Antifa thugs began pelting the police, in riot gear, with balloons filled with feces and urine, as well rocks and pieces of brick. That would seem to be more than ample justification for arrests and charges for rioting and/or assaulting police officers.

Not in Portland, where liberalism is king. Keep in mind, these criminal anarchists were not actually arrested. They were simply detained and allowed to go free within an hour.

That logic appears to have escaped Portland Mayor Ted Wheeler, who demanded in a May 13 letter to Chief of Police Mike Marshman an explanation for, among other things, why his officers donned “protective gear,” which might be seen by the protesters as provocative. From the letter:

There were five questions in all.

Last Wednesday, the police chief provided point-by-point answers in a lengthy letter of his own. On the question of the use of riot gear in particular, he explained that “the equipment colloquially referred to as ‘riot gear’ is among the personal protective equipment (PPE) utilized by” the force “to attempt to keep its employees safe on the job.”

The risk to officers in these types of situations is real and significant. We are including with this letter photographs of weapons and implements seized at this event that posed risks to the safety of officers and members of the public. We are also attaching a photograph of bruising suffered by one officer on June 4 who was struck by a brick while wearing full PPE [personal protective equipment. We believe his injuries would have been far more severe had he been wearing a standard patrol uniform….

The photos mentioned in the letter appear at the end of that document. The images, the chief goes on to note, “will be purged pursuant to PPB [Portland Police Bureau] policy.”

Makes sense. You wouldn’t want to have troublesome snapshots, like the ones shown below, cluttering the file, where they might accidentally be shown to the public as evidence of what a serious risk to life and limb, not to mention public safety, these anarchists pose. 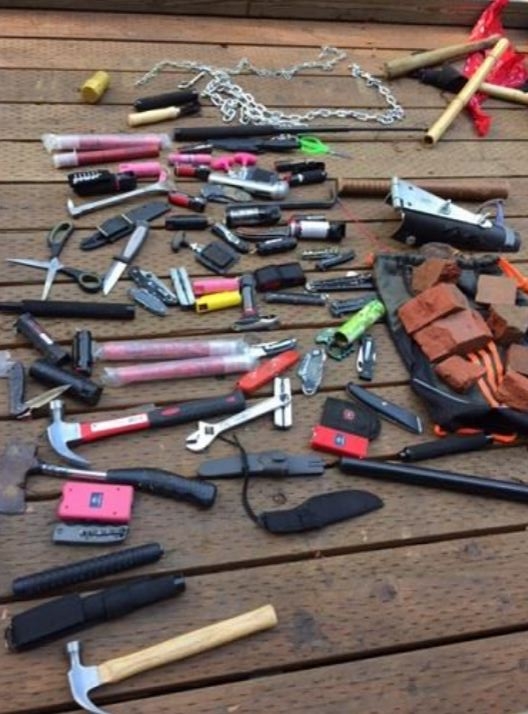 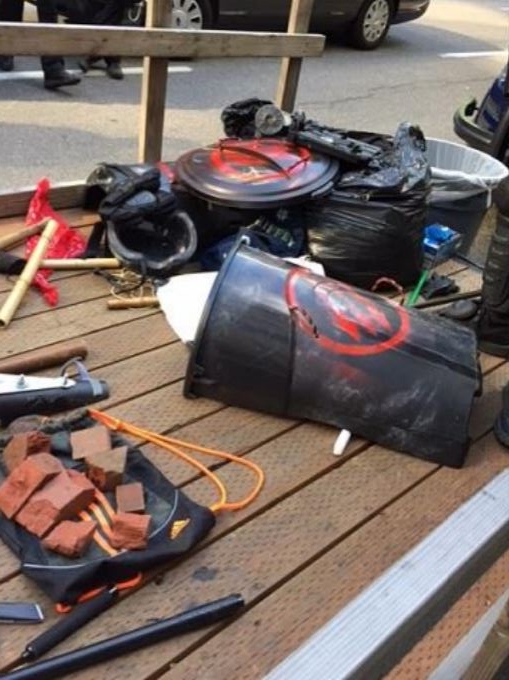 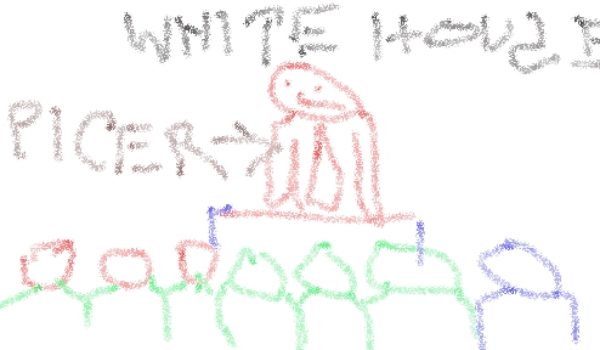 When WH bans live video at press briefing, CNN swings into action and does this
Next Post
Nearly two-thirds of Americans can’t pass a basic test of financial literacy