“At a Party meeting the Party leader addresses the audience:
– All of you will be hung tomorrow. Do you have questions?
Silence.
The Party leader:
– I will repeat the question. Tomorrow you all will be hung. Does anybody want to say anything?
A timid voice is heard from the audience:
– Shall we bring our own rope and soap or they will provide it to us?”
This was a Soviet anecdote of the 70s.

The world of Quisling’s followers, barbarian colonizers and a submissive or at best frightened murmuring herd – this is the Western Europe of the 21st century.

In 1975, he was 40 years old, and he was well-known already: his performances were popular; he was a member of the editorial board of a famous literary magazine. Any path was open before him, but he chose a different way.

After putting down the Prague Spring, he challenged the authorities, having written an open and furious letter addressed to the President of a Czechoslovakia occupied by Soviet troops. He was arrested, accused of attacking a civil servant, and put into prison. Later on he was released. Then he was accused again, of an attempt to overthrow the communist regime; imprisoned for 4 years and 5 months; released again; and imprisoned again in 1989.

He spent years in prison and turned into an unbreakable leader of his people – a future president of the Czech Republic.

His name is Vaclav Havel.  Like Thomas Masaryk, the founder of the Czech Republic, he was an embodiment of the best qualities of a statesman – i.e. mind, fortitude, strength, and decency.

The West (including Canada) presents a gloomy picture of impending darkness and tyranny, which wasn’t known to the civilized world for centuries. In this world, an aggressive, patriarchal, and primitive religion has taken root in the very heart of the continent.  Bearers of dark prejudices, intolerance, and barbarism, who came from the far ends of Asia and Africa, murder, rape, mock and disparage those who trustfully and carelessly opened their doors to them. This is the world where the elite have turned into Quisling’s followers, the guides of colonization, and the governments of the countries have chosen (more or less eagerly) the role of Vichy.

However, we notice a striking phenomenon: masses of people doomed to inevitable suffering keep silent, or, at best, passively and anonymously express their disagreement during elections – although they have almost no chance to win, since the whole state system is aimed at brainwashing, and the people of Western Europe and Canada are deprived of individualism and self-righteousness, like the people of America. Undoubtedly, there are those who dared to raise their voices against the invading despotism.  But there are few of them, surprisingly very few, for a society that is still relatively open. This applies to both intellectuals and ordinary people.

I am talking about thousands of ordinary professors, teachers, lawyers, writers, actors, filmmakers, journalists.  I am talking about priests and rabbis, human rights activists, feminists, activists of the LGBT community – those who will be the first victims of the forthcoming theocracy, and who will not be granted an easy death.

What makes those whose relatives, friends and neighbors are blown up – raped, humiliated and held in contempt – keep silent?  Haven’t they already lost a sense of security and quietness in their own home/street/city? We see sentimental scenes with weeping people, toys, candles, and wreaths at places of massacre, where mass demonstrations, rallies of protest, and pickets are needed instead. We see exalted the opponents of Marine Le Pen and Geert Wilders; we see the Women’s Marches; but we do not see any opponents of political correctness and its tyranny.  Why do they submit their throats to murderers, being obedient like sheep?

What is this – self-censorship, conformism, hope that they will avoid the fate of being a victim? They won’t escape this.

After the terrorist attack in Manchester, pop star Katy Perry and Mayor of London Sadiq Khan, along with member of the French Senate Nathalie Goulet (after the Nice attack), expressed the opinion of the Western elite, saying that Europeans should get used to terrorist attacks.  And they will make them get used to it.  Ultimately, Europeans will get used to the fate of so-called “dhimmis” – semi-slaves, human cattle, whose lives will be taken by servants of the bloodthirsty cult.

Do the Europeans fear to turn into racists, fascists, Islamophobes? Do they fear to lose jobs, career growth, invitations to conferences on human rights and inter-confessional dialogue? Do they fear to pay a fine for defamation?

I started this article with Vaclav Havel’s story, and not by accident. For decades, the world has witnessed Eastern European people desperately struggling for their rights and dignity against tyranny. The Hungarian Revolution of 1956, the Prague Spring, Poland’s Solidarity movement, the Romanian revolution against Ceausescu’s dictatorship, the courage of the Lithuanians who escaped the “bear hug” of the Soviet empire in January 1991 at the cost of dozens of lives – crowds of people led by the intellectual class walked out to the streets, and were confronted not by courts of law or comments on Facebook or anonymous threats on Twitter, but by bullets, tanks, and the State Security. They had neither lawyers, nor rights. They knew that they could be put into prison for years, like Havel, or even die (Havel’s friend philosopher Jan Patočka died during an interrogation). Nevertheless, Eastern Europeans became stronger owing to this experience, ready to defend democracy and their freedom. They gained immunity against universalistic utopias, and put forward courageous and determined leaders.

There was a powerful dissident movement in the very citadel of Soviet tyranny. Many of them have disappeared in prisons, camps and psychiatric hospitals. They shared prison cells with criminals, who were encouraged to commit bullying and sexual violence (carte blanche) against them. Most of the Soviet dissidents were represented by scientists and writers headed by the academic Andrey Sakharov – they were the color of the nation. During the Soviet coup in August 1991, armored troop carriers in Moscow crushed three people, but the restoration of the Soviet regime was prevented.

In our time, Ukrainians have overthrown their corrupt ruler, and in Moscow people go out to protest against autocracy. In Israel, after the vicious Oslo agreements and the ensuing murderous mass terrorist attacks, tens of thousands of people repeatedly took to the streets, demanding to stop inhuman political experiments on the living body of society. People blocked the roads, organized marches to the Prime Minister’s residence. In 2010, having learned the cost of unprotected borders, Israelis forced their government – despite a rageful opposition from left-wing organizations and the media – to build a fence on the border with Egypt to protect the country against hordes of African migrants.

It is symbolic, meanwhile, that Pegida, which did not find followers in the rest of Western Europe, appeared on the territory of the former German Democratic Republic.

Democracy is not just voting once in every four years. First of all, this is a civic activity and an emblem of courage – not the act of a weeping child in a kindergarten. A primary task of a democratic state is protection of its people. If a state and its elites do not comply with the social contract, and even worse, sacrifice their own people, culturally and physically – in the name of a dubious ideology, utopian conception, and personal interests – the people have a right to demand revocation of the contract. They have a full right not to allow totalitarian structures (and the Western elite has implanted a sophisticated cultural totalitarianism) to turn them into guinea pigs for social engineering.

In 1984, in the essay called “Politics and Conscience,” Havel wrote: “I advocate an anti-political policy, that is, a policy considered to be not a method of power and manipulation, not a cybernetic system for managing human beings and not a pragmatic person’s skill, but one of the ways to seek and achieve a meaningful life, protect such life and serve it.  I advocate a policy considered to be practical ethics, service to the truth, people’s care of their fellow human beings, measurable by human standards.”

The Western elite have created a system of manipulating human beings, having forgotten that they deal with real people, their lives and feelings.

Havel called communist regimes Absurdistan (The Land of Absurd). Today Absurdistan is the West, and most of all, Western Europe, where freedom is destroyed under the guise of its protection, where the right of migrants to murder and rape is above the right of law-abiding citizens to live a normal and safe life, where democratic institutions are used to implant the worst possible kind of theocracy.

Nowadays people still have an opportunity to prevent the despotism. However, censorship is getting stricter, penalties are increasing, colonization is spreading rapidly like cancer cells, and the window of possibilities is narrowing. A specter is haunting Europe – the specter of the Caliphate. 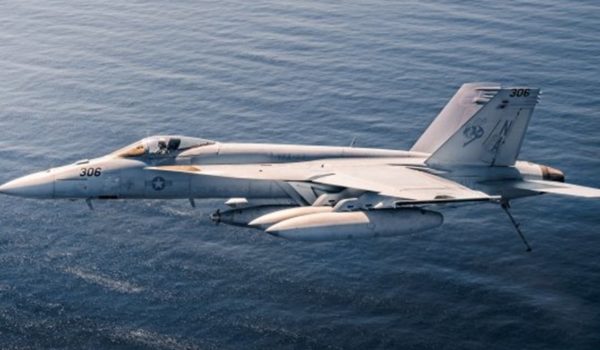 BREAKING: U.S. shoots down Syrian regime fighter in ‘show of force’
Next Post
The strange case of the USS Fitzgerald collision 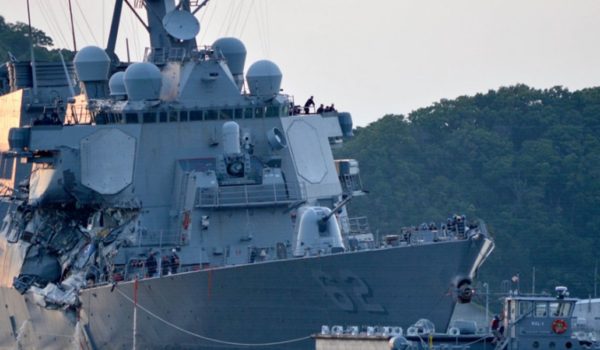