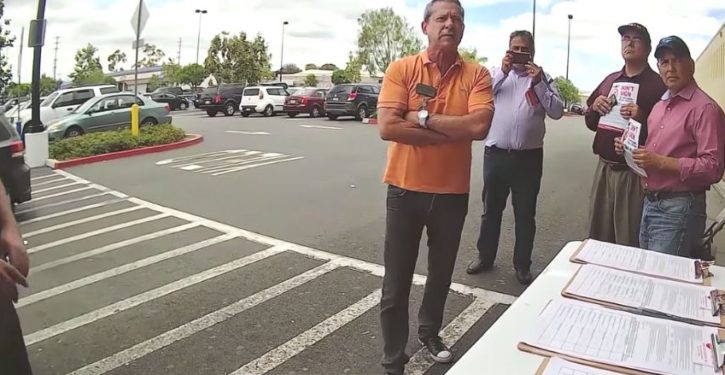 Uh-oh. Someone is going to get forty lashes for daring to insult members of a protected class! Oh, wait, what am I thinking? This is liberals. They don’t in believe in violence, as we saw on Thursday.

One of the leaders of the Democratic Party in Orange County, Calif., is in hot water after he was caught on camera verbally assaulting homosexual volunteers outside a Walmart during “pride weekend.”

The volunteers were working a table that was asking for signatures for an effort to recall Democrat Josh Newman after he supported a highly unpopular piece of legislation that will see yet another spike in taxes for state residents. Apparently the vice chariman of the Orange Country Democratic Party, Jeff LeTourneau, didn’t appreciate the fact that some gays might not appreciate the government raising their taxes again.

LeTourneau approached the volunteers and said:

Which one of you a**holes is the gay?” LeTourneau, followed up his question by saying, “You are a f**king disgrace to any gay person I know, you piece of sh*t.

Local conservative talk radio host and former local politician Carl DeMaio is also in the video and can be heard trying to calm LeTrouneau down while also explaining that gays can be for smaller government. He later told Fox News:

LeTourneau clearly thinks that if you are gay, you can only be a Democrat which is both arrogant and highly offensive. The idea that Californians are sick of paying higher taxes cuts across party lines and sexual orientation.

Fox details how the confrontation began:

The chain of events began when a pro-Newman worker showed up onsite Saturday to discourage voters from signing and was told by recall volunteers that a few of them were LGBT, DeMaio said. An hour later, LeTourneau arrived and confronted them, the video shows.

“I’m here as an openly gay person on Pride weekend seeing these two people disgracing my community and letting them know I don’t care about them. They’re liars! They’re liars!” LeTourneau said.

Throughout the confrontation several of the volunteers can be heard actively attempting to calm the agitated LeTourneau. They can be heard repeatedly exhorting him not to be “so angry” and to not “be hateful.” Apparently, LeTourneau did not appreciate the encouragement because he continued to berate the volunteers for disagreeing with him. He even started arguing with a Walmart shopper who had stopped by the table to sign the petition, before then arguing with the Walmart manager who wanted LeTourneau to leave his customers alone.

You can see all the aciton in the videos below: 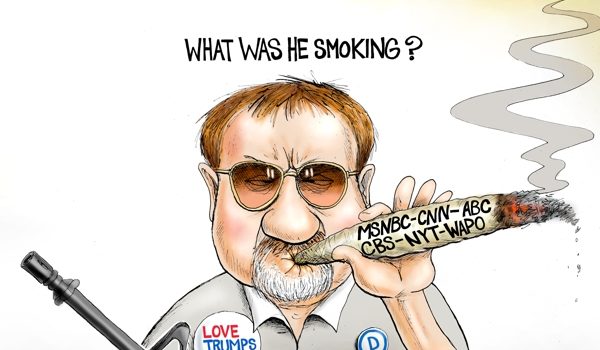 Cartoon of the Day: The blunt truth
Next Post
Guess what — incredibly enough — is now against the law in Canada 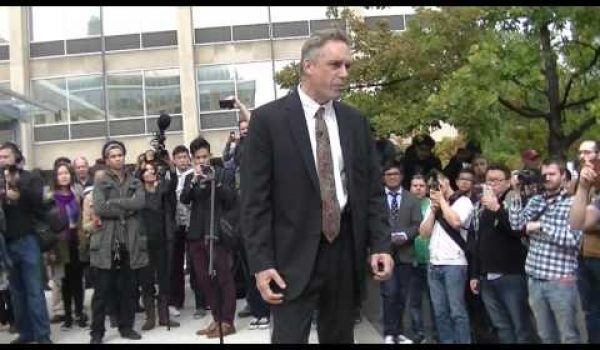