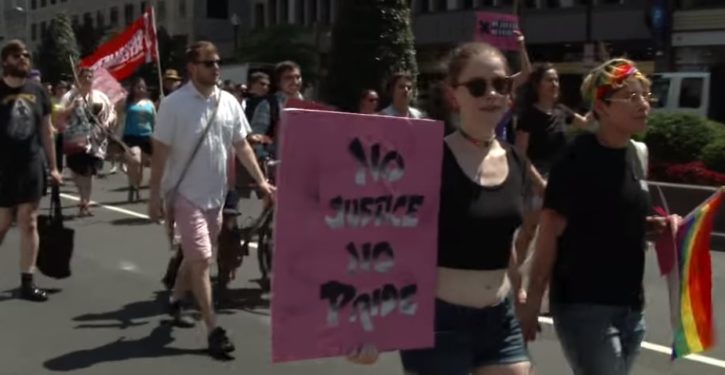 It’s getting so you need a score card. As protected classes jockey for recognition in the public square, the pushing and shoving is beginning to turn ugly. And rhythmic.

Yesterday, a group that calls itself the Capital Pride Alliance held its 42nd annual Pride Parade through the streets of Washington. The group, which according to the mission page on its website, is “dedicated to serving the needs of the LGBTA community and its partners through educational events,” planned to march from Dupont Circle and 17th Street to the Logan Circle neighborhood. But the march was interrupted by members of Black Lives Matter, who blocked the way, many shaking their booties, all of them chanting.

A second report notes that an “ad hoc group of activists under the banner of No Justice No Pride staged a series of spectacular blockades of the … parade on Saturday afternoon.” The group is said to have drawn its inspiration “from the LGBTQ resistance roots of the Stonewall protests of the late 1960s.”

They in turn found themselves under assault from the Muslim community, as represented by activist Linda Sarsour, who tweeted out:

If you are going to show me what Islam says about homosexuality, be fair & show me what bible & Torah say. STOP obsession w/ Islam.

Note that Sarsour’s tweet was mainly directed at Christians and Jews, whom she believes treat homosexuals as badly as Muslims do. She was not, however, expressing solidarity with the gay community.

Meantime, welcome to the other Civil War. 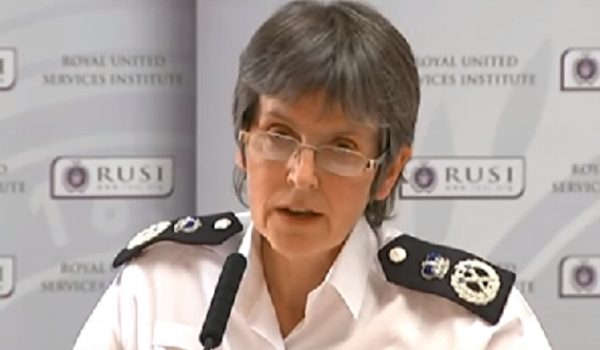 London police commissioner proud of the diversity of those killed in terror attack
Next Post
Trump to labor unions: The door at the White House is open 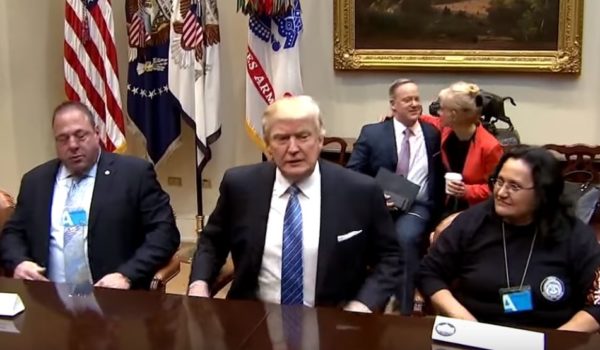