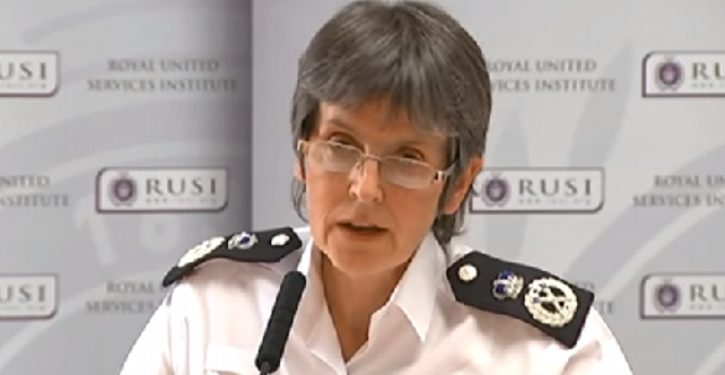 It’s there and it’s in print, but it must be seen to believed. So, for your convenience, I offer below the lede to an Associated Press dispatch that might well carry the subhead “Civic Pride”:

The commissioner of London’s Metropolitan Police says the nationalities of the eight victims in the terrorist attack on London Bridge tell a proud story of London’s unique makeup.

Anywhere but London, where political correctness rules, this would be gobsmackingly ghoulish. But Metropolitan Police Commissioner Cressida Dick actually told a reporter in an interview Saturday:

It’s desperately sad and poignant but among those who died is someone who’s British, there are French, Australian, Canadian, Spanish.

In terms of our witnesses that we’ve spoken to so far, out of the 300-odd people, there are about 20 different countries of origin. And the London British population comes from all kinds of backgrounds and every kind of faith and ethnicity.

We believe of course that that’s what makes our city so great. It’s a place where the vast majority of time it’s incredibly integrated and that diversity gives us strength. [Emphasis added]

Gee, pity these folks couldn’t have posed for a group portrait before they were slaughtered by a religious fanatic. Dick could have arranged with her boss, London Mayor Sadiq Khan, to erect billboards throughout the city carrying the photo. I’m not sure what the caption would be. Maybe “It’s Great to Die in London.” Something like that.

Dick only recently came on as commish, but she’s already witnessed two terror attacks on her watch. Still no word on whether she did an ethnic head count on the five victims of the Westminster attack in March.

As BizPac Review’s Carmine Sabia notes, the remarks have generated plenty of heat on Twitter. A few samples:

This is disgusting. Using jihad victims to push "diversity."

I'm sure the victims would rather be alive than a symbol of "diversity." Unbelievable. @LeahRBoss @KIR_bigg50

A couple of tweets even offer possible cutlines for the photo I mentioned earlier.

Proud to be a victim… I see. What a noble elite group to be part of. "Look how diverse our dead are!" Great slogan for tourism.

These and other responses are the normal reactions of human beings to words or deeds that are grotesque. Why does the Left, which claims a monopoly on compassion, have so hard a time understanding that? 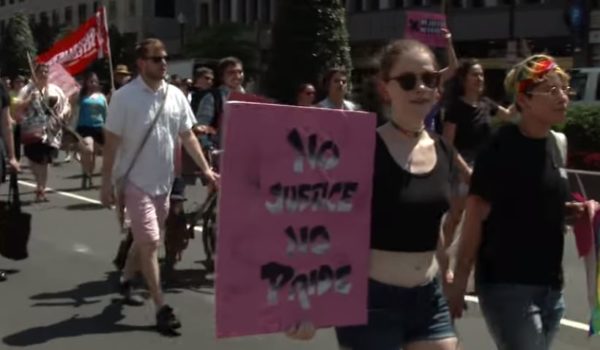