It was eighth grade when I remember learning about the Civil War at my suburban Boston junior high school. The year was 1969, and the increasingly unpopular Vietnam War was raging — triggering angry protests across the nation. But even while watching all the current strife on the nightly news, I was still unable to fully grasp how political passions had managed to escalate into a domestic war where 750,000 American men killed each other on bloody battlefields.

But now I do — as extreme polarization engulfs our nation.

For example, recently I received an email from a passionate Trump supporter commenting on my piece about why Democrats are likely to use impeachment as their 2018 midterm election message. He wrote, “If Trump were to be impeached it would spark a new Civil War with blood in the streets.”

Moreover, a Republican consultant (name asked to be withheld) texted me predicting, “If Democrats try to remove Trump, there will be violence.”

Both of those comments reminded me of my recent conversation with “a proud American deplorable” about the prospects of impeachment. He is a rabid Trump supporter and confidently bragged, “Bring it on, our people have all the guns.”

It now appears that Americans are more politically engaged and everyone is outraged. Trump haters want the president impeached while Trump lovers blame the media for trying to bring down their man. It is a perfect storm of political polarization.

Apparently, all this extreme polarization is negatively impacting love relationships as I read recently in a Washington Examiner column by Paul Bedard headlined: “Fights over Trump drive couples, especially millennials, to split up.”

Couples are fighting over President Trump more than ever, and many are turning to divorce court to get out of their politically ravaged marriages.

New data from Wakefield Research found that one in 10 couples, married and not, have ended their relationships in a battle over political differences. For younger millennials, it’s 22 percent.

And nearly one in three Americans said that political clashes over Trump have ‘had a negative impact on their relationship.’

And for every romantic relationship negatively impacted by Trump, there are millions more strained friendships and family feuds sparked by the hostile partisan political environment.

Addressing this growing problem was an opinion column by Carlo Baldino in the Worchester, Mass. Telegram headlined “Friendships and family relationships destroyed by Donald Trump.”

Baldino, (a leftist based on his bio) wrote the following paragraph to which I take umbrage, where he inadvertently summarizes why Americans are so polarized:

We thought we knew our friends and family members. We didn’t know they harbored such hatred in their hearts. We realized it had always been there, stewing silently. Donald Trump emboldened them to show us what they really thought about issues, their perception of America as it is, and how they wanted it to be.

The sad reality is half of Americans actually think like Baldino, leaving the other half enraged by such nasty generalizations emanating from supposedly educated elites.

I asked Roger Stone — the controversial political pundit, author, and longtime former associate of President Trump — to comment on the current state of American polarization, and his words were not comforting. Stone said he “doubts the country can ever be homogeneous because more people are at the extremes than ever before.” Then added, “The media feeds polarization.”

Unfortunately, that media-fed polarization is causing even the proverbial “silent majority” to choose sides because what was once safe and quiet middle ground has dissolved into mush, devoid of any political meaning.

These days, even playgrounds are politically polarizing!

At the playground today a 10-year-old Hispanic boy insulted a blonde white girl by calling her a Donald Trump lover, think on that for a bit.

After witnessing that exchange on his child’s playground, even he was dismayed.

So how does extreme polarization eventually diffuse itself? Is that even possible? Is our nation careening toward an “uncivil war” where red vs. blue is the new blue vs. gray?

I posed those questions to Mark McKinnon, a veteran presidential GOP strategist turned media pundit. Throughout 2016 and up until early May, he took the pulse of the nation while co-producing and co-hosting “The Circus” — Showtime’s hit documentary series that chronicled the presidential campaign and Trump’s first 100 days.

While expecting optimism, McKinnon’s answer was foreboding, “Apparently we’re going to have to hit rock bottom, but we’ve already gone over the cliff, so maybe we’re getting close. ”

My question is, “How do we know when we’ve hit rock bottom, and will there be any rope to climb back up?” 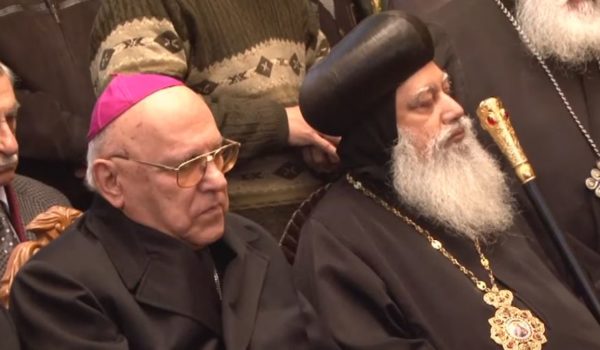