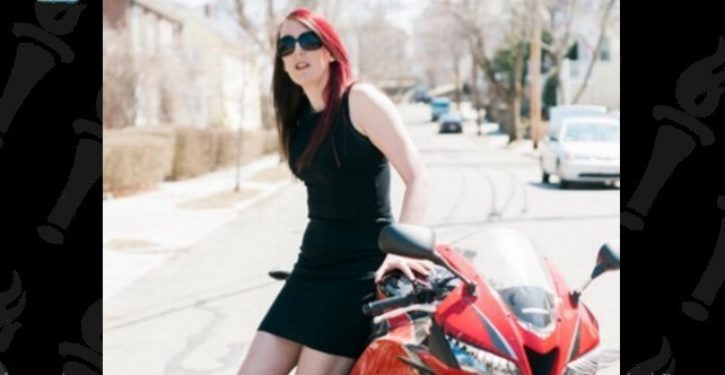 On Tuesday, Brianna Wu, a Democrat from Massachusetts running for the U.S. House of Representatives, blamed the Manchester terror attack on sexism and misogyny rather than terrorism, tweeting out:

When a man straps on a bomb of nails, goes to woman’s concert to kill an audience of women and girls — IT’S A SAFE BET SEXISM IS INVOLVED.

Apart from the fact that there were men at the concert — the third casualty has been identified as 26-year-old John Atkinson — Wu is demonstrating her own bias since another of the victims, Martyn Hett, was not only male but gay. A tribute to the victims in The Telegraph notes that Hett was a diehard Ariana Grande fan. So much for “women’s” concerts.

Wu  deleted her insane tweet but not before it was captured for posterity:

This didn’t prevent Wu from publishing other tweets, many of which received much-deserved cynicism:

A post at the blog Fire Andrea Mitchell noted:

This is the typical Democrat mantra from Brianna Wu to try and divert away from Islamic terrorism and instead try to blame white males, yelling sexism. I hate to break it to Brianna Wu, but it wasn’t just females who were targeted yesterday. It was also young males. Young people of both genders were targeted. The suicide bomber terrorist didn’t care which were males and which were females. He wanted to kill as many people as possible. But reality about Islamic terrorism is always lost on Democrat chowderheads like Brianna Wu.

This is a terrifying level of ignorance to a top national security issue for any candidate running for national office to display.

In reality, “misogyny” and “sexism” are not even “part of” the reason why Islamists target “unbeliever” women and children. This is just a necessary byproduct of why.

As Raheel Raza, a female Sunni Muslim, explains in a video produced by The Clarion Project, there are three spheres of radical Islam: violent jihadists, Islamists and fundamentalists.

They all share a common goal and all work together toward achieving that goal. They just employ different methods and tactics.

What’s scary is that Wu’s comments pretty much demonstrates the kind of ignorance that permeates the modern Democrat Party.

Perhaps the best glimpse into the mind of Brianna Lu is a tweet from late February in which she shared her fear that evil rich people (all male one assumes!) will travel to the moon and attack the Earth by “dropping rocks” on the planet.