Six years before she became the central figure in the IRS’s illegal targeting of Tea Party tax-exemption applicants, Lois Lerner cleared the way for the Clinton Foundation’s transformation from building a presidential library to being a $2 billion global political influence peddling machine, according to documents obtained by The Daily Caller News Foundation’s Investigative Group.

She helped accomplish this feat through a 2007 letter on two legal issues of such magnitude that it’s unlikely the Clinton nonprofit could have become what it is in 2017, 20 years after its creation.

The first issue concerned an otherwise innocuous sounding merger of two nonprofits, while the second issue centered around an unprecedented expansion of the foundation’s activities far beyond its tax-exempt mission.

“You recently furnished us information that the Clinton Foundation HIV-AIDS Initiative, Inc. merged with The William J. Clinton Foundation on Dec. 31, 2005,” Lerner wrote in an April 5, 2007, letter to the former president’s non-profit. “Based on the information submitted, we have determined that the merger does not affect your tax exempt status.”

Lerner was responding to a Dec. 28, 2006, letter to the IRS from Clinton Foundation Chief Executive Officer Bruce R. Lindsey. She made no mention in her response to a key sentence in Lindsey’s letter, which noted that “the Clinton Foundation HIV-AIDS Initiative continues to use its Employer Identification Number (EIN) …”

The IRS provided the Lerner and Lindsay Letters on May 11, 2017, to the Cause of Action Institute, a nonprofit government watchdog that represents TheDCNF in joint Freedom of Information Act (FOIA) litigation concerning Clinton Foundation tax documents.

Continued use of the IRS-provided EIN should have been a red flag for Lerner because the HIV-AIDS Initiative ceased to exist as a legal entity in the merger. She would have known this fact from the Plan of Merger filed with Arkansas authorities. Lindsey gave the IRS a copy of the Articles of Merger Certificate issued by Arkansas Secretary of State Charlie Daniels, but not of the Plan of Merger.

Section III provided that “at the time of the merger, the separate existence of the Initiative shall cease, and the existence and identity of the Foundation shall continue as the Surviving Nonprofit Corp.”

In other words, the HIV-AIDS Initiative’s EIN should have disappeared into the history books at that point because the organization it represented no longer existed. But Lindsey said the foundation expected to continue using the disbanded Initiative’s EIN.

“Lerner should have advised Lindsey that use of the Initiative’s EIN after its demise would be illegal, but she didn’t, either because she didn’t catch the significance of the issue or she wasn’t concerned about how Lindsey planned to use it,” charitable tax law expert Charles Ortel told TheDCNF.

Ortel is a former managing director of Dillon, Read & Co. in New York and was instrumental in exposing corporate fraud at GE in 2009.

It’s possible Lindsey separately discussed continued use of the Initiative’s EIN with the IRS before the April 5, 2007, letter, but the tax agency is contesting in a federal court TheDCNF’s Freedom of Information Act request for all documents associated with the Clinton Foundation’s tax-exempt status.

The Initiative ceased to exist legally in 2005, but within a few months, it signed agreements with the governments of Australia and Papua New Guinea for them to pay for hundreds of millions of dollars for HIV-AIDS drugs.

The second issue also hangs on what Lerner didn’t say in her 2007 letter. Besides the merger, Lindsey told the IRS that “the activities of the William J. Clinton Foundation have been expanded to include activities in addition to the activities described in Part II, paragraph 1 of Form 1023 filed in December 1997.”

That paragraph spoke only of designing and building the Clinton presidential library, which was completed in 2004. Lindsey’s 2006 letter listed seven new areas of activities — several of which had in fact begun as early as 2001.

While the Lindsey letter appears to be the first time the IRS was told about the new activities, the foundation had been quietly manipulating its mission description in its annual tax return for years.

The new activities included, for example, “programs in various foreign countries, carried out in partnership with and under the auspices of the governments of those countries, to assist in providing care and treatment for persons, especially children, afflicted with HIV and AIDS.”

There were also to be programs in the U.S. and overseas to help victims of natural disasters, to “provide comprehensive educational and economic development opportunities in the developing world,” to “combat climate change,” to “address the problem of childhood obesity,” to “provide technical assistance and strategic advice to small businesses in urban areas,” and to host a “non-partisan meeting” of political and business leaders from around the world “to address global problems, with each participant asked to make a personal commitment to take some form of direct action.”

None of these activities were covered in the foundation’s 1997 Form 1023 application for tax exemption, nor were they covered by the Jan. 29, 1998, IRS approval of the nonprofit’s exempt status. Lindsey’s listing of the unapproved activities in the 2006 letter to the IRS suggests concern on his part and other foundation leaders that the new programs required specific approval to be tax-exempt.

But Lerner said nothing about the new programs in her response to Lindsey, perhaps leading him to think her silence represented official approval. Nothing in IRS regulations, however, encourages or endorses a “silence is consent” doctrine with regard to activities that aren’t already covered under a tax-exemption.

An unnamed Clinton Foundation press office official told TheDCNF that the non-profit is not required to seek IRS approval for new activities, citing a Louisiana State University law professor. The IRS Media Relations Office promised responses to TheDCNF’s questions but they were not received by posting time. 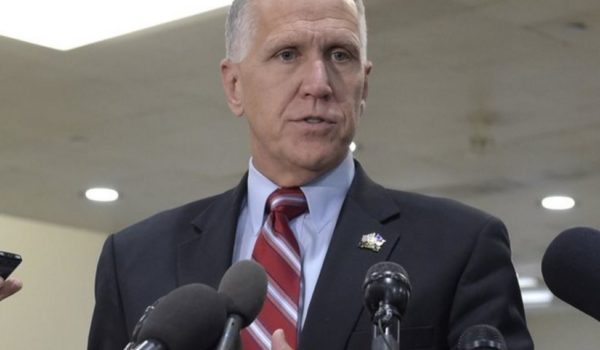 U.S. Senator collapses during race, taken away in ambulance
Next Post
Pensive about impeachment: A pence for your thoughts?