The word pensive is defined as “engaged in, involving, or reflecting deep or serious thought.”

Yesterday, with a memo surfacing alleging that President Trump asked FBI Director Comey to end the Mike Flynn investigation, is it time for Republicans to engage in some “Pence-ive” thoughts about the prospects of impeaching President Trump and promoting Vice President Mike Pence?

If the “memo-gate” evidence conclusively proves that Trump tried to obstruct justice, then that should elicit some serious “Pence-ive” thoughts. Piling on, “memo-gate” exploded just as GOP leaders were still reacting to Trump’s Oval Office intel gaffe where he allegedly provided top-secret Israeli intelligence to visiting Russian leaders. And just days before that, the unexpected firing of FBI Director Comey in the most ham-handed way possible.

These three successive bombshells caused Republican leaders such as Senate Majority Leader, Mitch McConnell to say, “I think we could do with a little less drama from the White House on a lot of things so that we can focus on our agenda.”

Additionally, Sen. Bob Corker, the Republican chairman of the Senate Foreign Relations Committee used the term “downward spiral” to describe the trajectory of the White House with its chaotic day-to- day modus operandi. Less than 24 hours later, “memo-gate” broke, turning Corker’s “downward spiral” into a skydive minus the parachute.

With McConnell and Corker publicly criticizing the president, one can only imagine the toxic conversations happening behind closed doors on Capitol Hill. Could Republican leaders be asking each other, “Is Trump crazy, delusional and paranoid? Is Trump going to take us all down in 2018? Most important, “Is the president going to take down the country?“

Unfortunately, Trump is totally exasperating GOP leaders, and they are rapidly losing trust in him and his presidency. Therefore, coupled with proof of legal wrongdoings, might his party threaten impeachment proceedings?

Two weeks ago, I wrote a piece asking, “Will Dems use impeachment as their 2018 midterm message?” Perhaps to circumvent that from happening, and at the appropriate time, Republican leaders might revisit what I call the “Richard Nixon method” — a faster and less painful way to remove Trump from office.

By that I mean, Vice President Pence is joined by GOP House and Senate leadership in the Oval Office where they formally ask Trump to resign for the good of the nation. Pence tells Trump that the House and Senate have the votes to impeach and convict, arguing that NOT resigning would only prolong the inevitable.

At this point, it is important to recall the remarks of then-House Minority Leader Gerald R. Ford as recorded in the House Congressional Record of April 15, 1970:

An impeachable offense is whatever a majority of the House of Representatives considers [it] to be at a given moment in history; conviction results from whatever offense or offenses two-thirds of the other body considers to be sufficiently serious to require removal of the accused from office.

The President, Vice President and all Civil Officers of the United States, shall be removed from Office on Impeachment for, and Conviction of, Treason, Bribery, or other high Crimes and Misdemeanors.

If Pence and the GOP leadership convince Trump to resign, surely they could be hailed as American heroes. I see parades and celebrations embracing President Pence.

Potentially, and before the 2018 midterm elections, President Pence would have enough time to help heal the nation, enact legislation on our most pressing problems and become a respected world leader. Then, Pence has all of 2019 to lead the nation as a popular incumbent into the 2020 presidential election.

As a Hollywood producer friend (a Democrat of course) told me today, “I would welcome Pence as president. I don’t agree with him on most issues, but at least he is an adult.”

Not surprising, CNN posted a list of Democrats who have called for impeachment after Comey’s firing, but before the Oval Office intelligence gaffe and Comey’s memo-gate. No doubt, we can expect this list to grow daily along with the media’s newfound impeachment obsession.

For Republicans and other concerned Americans who believe that Trump’s days are numbered, Vice President Pence should be thought of an impeachment life raft stocked with supplies and a GPS. Pence is qualified to be President, understands Washington and knows how to govern. He is blessed with an aura of “trust me.” Pence could stand up and say, “Our national nightmare is over” and make Americans feel that we are now in good hands.

Perhaps Mike Pence was born for such a time as this.

However, if we ever get to the fork in the road where Trump is asked to resign and refuses — opting instead for impeachment proceedings — then it would be difficult to find elected Republican leaders who would defend the president. Moreover, if the 2018 midterms rolled around and Trump is still in office wreaking havoc, then both parties could adopt the message, “Help us impeach Trump now.” Finally, some national unity.

(As a safety valve, there is also the 25th Amendment to the Constitution which allows for the removal of the president if “unable to discharge the powers and duties of his office.”)

Am I jumping the gun after seeing the word impeachment nonstop in the media lately? Maybe President Trump will turn around his ship of state and start acting presidential. Maybe he will focus on his legislative agenda and indeed “Make America Great Again.”

I want to believe our President can do that.

I also believe that events happen for a reason and the title “President Pence” sounds as though it was meant to be. 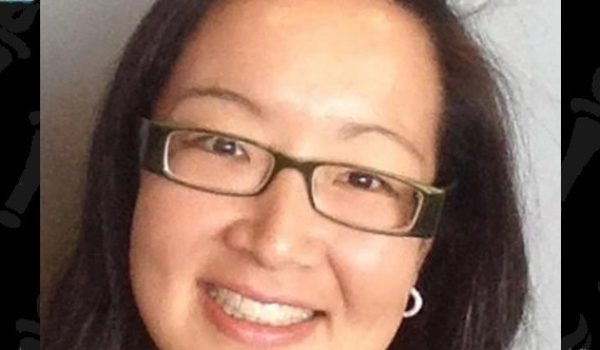