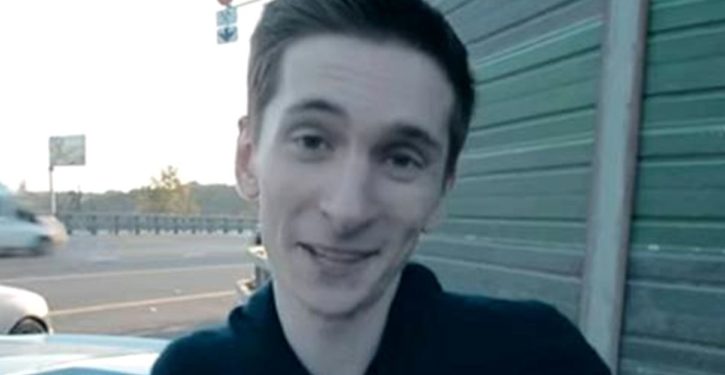 In an odd development last week, a Russian national accused of major, high-profile hacks back in 2012 and 2013 sent a letter to the Russian-language TV broadcast of Radio Free Europe/Radio Liberty (RFE/RL), claiming that the FBI has basically been trying to bribe him to confess to hacking systems related to the U.S. election.

The individual in question is 29-year-old Yevgeniy Nikulin, a Russian who was arrested in Prague in October 2016 in response to an Interpol warrant.  Nikulin is under indictment by a U.S. federal court in California for allegedly hacking into LinkedIn, DropBox, and Formspring in 2012 and 2013, events in which millions of user names and passwords were stolen.

Nikulin, according to the Russians, is also under indictment in his home country for online money theft.  The warrant was issued, however, immediately after Nikulin was first arrested by the Czechs on behalf of the United States.

So far, so good.  These facts were all reported at the time, although they didn’t gain much attention outside of the IT and financial/business media.

In November, the U.S. formally requested extradition from the Czech Republic.  Given the very large data heists involved in the 2012-13 hacks, there’s nothing unusual about that.  Nikulin’s case has been percolating through the relevant Czech courts in the months since.  The Russians want Nikulin too, and have asked Prague not to extradite him to the U.S. before they’ve had the chance to make their case.

Where it gets weird is with the news of Nikulin’s letter to Current Time TV, the Russian-language TV outlet of RFE/RL.  Nikulin says that the FBI offered him U.S. citizenship, along with an apartment and cash, if he would confess to hacking into U.S. systems related to the 2016 election, under Vladimir Putin’s orders and on behalf of Donald Trump.

Now, we have no way of knowing if this is true.  I assume I don’t have to tell our highly intelligent readers that.  But consider the ritual observed.

I’m inclined to be suspicious of the whole thing, myself.  There are reasons why it doesn’t parse.

But here’s what Nikulin is alleging specifically.  The FBI first made this offer in an interrogation in Prague 14-15 November 2016.  It then made the offer again on 7 February 2017.

Reportedly, the U.S. request for extradition was made to the Czech Republic on 16 November 2016.  Contemporary reporting confirms that the FBI interrogated Nikulin in Prague at the time.  Current Time’s report (top link) says that Czech media confirm the FBI was in Prague to interview Nikulin again in February.

In a letter to U.S. news site Nastoyashchoe Vremya [Current Time], Nikulin said that he had been offered his freedom and U.S. citizenship if he confessed to a cyberattack on former U.S. presidential candidate Hillary Clinton. …

“[They told me:] you will have to confess to breaking into Clinton’s inbox for [U.S. President Donald Trump] on behalf of [Russian President Vladimir Putin],” Nikulin wrote. In exchange, his interrogators promised U.S. citizenship, an apartment and money, he said.

Nikulin said that he refused the deal, but that his U.S. interrogators promised to return.

The original letter, according to Current Time, said Nikulin was pressured to cop to the Podesta/DCCC email “hack” as well as the Hillary Clinton hack.  In the February interrogation, moreover, Nikulin claimed the FBI wanted him to confess to hacking into “polling stations” as well.

Thomas Lifson, at American Thinker, has this comment about what James Comey must have known, if this allegation is true:

So if we are to believe this account, the FBI under James Comey was willing to offer the Whole Package – citizenship and a new life – in order to be able to pin the leak of Podesta’s emails on a Russian in service to the elusive “collusion” between Trump and the Russkies.  Such a generous offer, the sort of thing offered to high level enemy defectors, must have crossed Comey’s desk, if it didn’t originate there.

And Lifson has a point.  There are some reasons why I’m leery of this, however.  One is that Nikulin is thought to be connected with a hacker group that goes by the moniker “Peace” (or sometimes a variant thereof), and has been associated with a number of high-profile, monetarily remunerative intrusions.  Besides selling data acquired from the  LinkedIn attack on the Dark Web, “Peace” was fingered in the gigantic Yahoo attack revealed in 2016.

Nikulin is also a candidate for the anonymous hacker and Dark Web swashbuckler “interviewed” via an online exchange with Wired, published in June 2016.  Although there are no direct clues to the interviewee’s identity, it’s noteworthy that he was willing to participate in the “interview,” seeming to want the notoriety.  That dovetails with the high – even reckless – social media profile Nikulin has apparently maintained online over the last year.  (See below.)

Neither of those data points would comport with the profile Putin’s government would require of a contract hacker for serious geopolitical skulduggery.  (Nikulin’s profile comes off as substantially different from that of the grim-faced FSB agents and shadowy hackers indicted in the U.S. in March for complicity in the Yahoo attack.)

Nikulin was swanning around Eastern Europe in a flashy Mercedes-Benz and posting pictures of it and himself on social media in the weeks prior to his arrest in Prague.  Those would have fallen between the months in which he was supposedly spear-phishing John Podesta and hacking Hillary Clinton – if we’re to believe the FBI really thinks he was doing that – and the announcement in early October of U.S. suspicions about Russia trying to “interfere” in the election.  It’s a bit too chronologically pat, and yet glaringly uncharacteristic, to compute.  It’s possible, perhaps; it’s just not Russian.

Current Time and RFE/RL seem to have put quite a bit into tracking this guy.  That’s another thing that doesn’t sit quite right with me.  RFE/RL has been effectively in George Soros’s media stable since 1994, when Soros basically rescued the operation from near collapse with the drastic drawdown of U.S. federal funding.  In a transition period in 1994-95, Soros turned the RFE/RL media archive into the Open Media Research Institute, and relocated it from Munich to Prague, where the OMRI took over supervision of the editorial content used by REF/RL outlets (see here, here, and here for background).

Current Time seems to be kind of obsessed with Nikulin, and RFE/RL is oddly willing to both repeat all the stuff about Nikulin’s profile on social media, and convey without any implied skepticism his lawyer’s estimate of him as an innocent, hapless dude.  RFE/RL summarizes Nikulin thus:

Nikulin is well-known on Russian social media for a flamboyant lifestyle that he chronicled on his Instagram site.

Posts have shown him posing with a Lamborghini valued at around $240,000 and other luxury automobiles, and wearing $900 shoes and an expensive watch.

The source of Nikulin’s wealth is not clear.

In a 2015 interview with the Russian car website AvtoRambler, Nikulin is simply described as “a very busy young man.”

“Yevgeny is already a successful entrepreneur whose business interests include a construction firm, an automobile service garage, and a company that sells luxury watches.

“As you can see from our interview,” the article states, “the Huracan is not his first Lamborghini.”

If Nikulin has been selling user information from LinkedIn or other sites on the Dark Web, that could account for where at least some of his wealth comes from.  Interestingly, RFE/RL doesn’t suggest connecting those particular dots.

The sort of in-group RFE/RL fascination with Nikulin is a thought-provoking data point in assessing why he would send a letter spilling his guts to their Russian-language outlet, Current Time.

It’s also worth a quizzical eyebrow that there’s such a whole lotta Prague going on in this ephemeral “Russia-election” narrative.  Not everything in Europe happens in Prague.  It’s a great place, but it strains credulity that Prague keeps popping up in the elliptical supposed “clues” being left around like bread crumbs (e.g., in the infamous “Trump dossier”).

At best, publishing the Nikulin letter would seem to cast doubt on anything the FBI gets out of him going forward.  At worst, it raises dust around the FBI’s own posture and behavior.

A Czech judge was supposed to hear argument in Nikulin’s extradition case on 11 May, but his lawyer got a postponement to 30 May, claiming that he hadn’t received all the material he needed to handle the defense properly.  It isn’t clear if that seems suspicious only because of the letter Nikulin sent to Current Time, right around the same date.

The mainstream media don’t seem to have found a lot to make of this (as Thomas Lifson notes, however, Newsweek picked it up).  For the time being, it may be best to just let some mold grow on this little bread crumb.